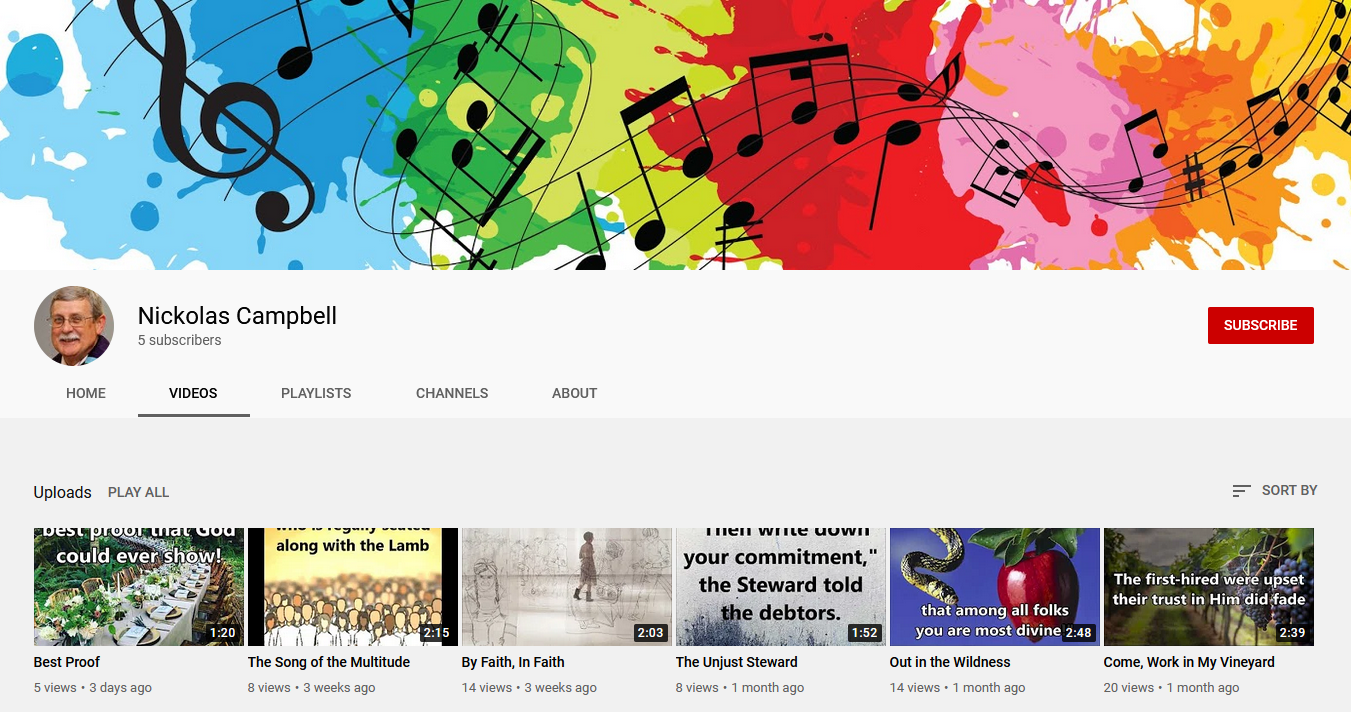 My original channel, https://www.youtube.com/user/drolas94, has over 22,000 subscribers. This channel contains over 400 videos of hymns, prayers, children's Christmas programs and a few sermons. Most of the hymns are found in the United Methodist Hymnal and Faith We Sing, though there are some from YouthPraise! produced by UM Discipleship and some other popular hymns and contemporary Christian music. The most recent hymn videos posted are hymns I have written, using hymns tunes familiar as well as some forgotten.

When Google decided to unite user accounts across their various platforms, they gave me a new channel, https://www.youtube.com/channel/UCr8q2XTOhjLsa1Q55unIjBA, which at the end of October had only 5 subscribers. There are currently 58 videos on this channel, but I add to it with each new hymn I write.

Between the two channels, there are about 100 original hymns. Many of them have been submitted for consideration for the new hymnal and music resource projects of the United Methodist Publishing House. The hymns range from selections from John Wesley's prayers and sermons, the liturgical year, and scripture passages.