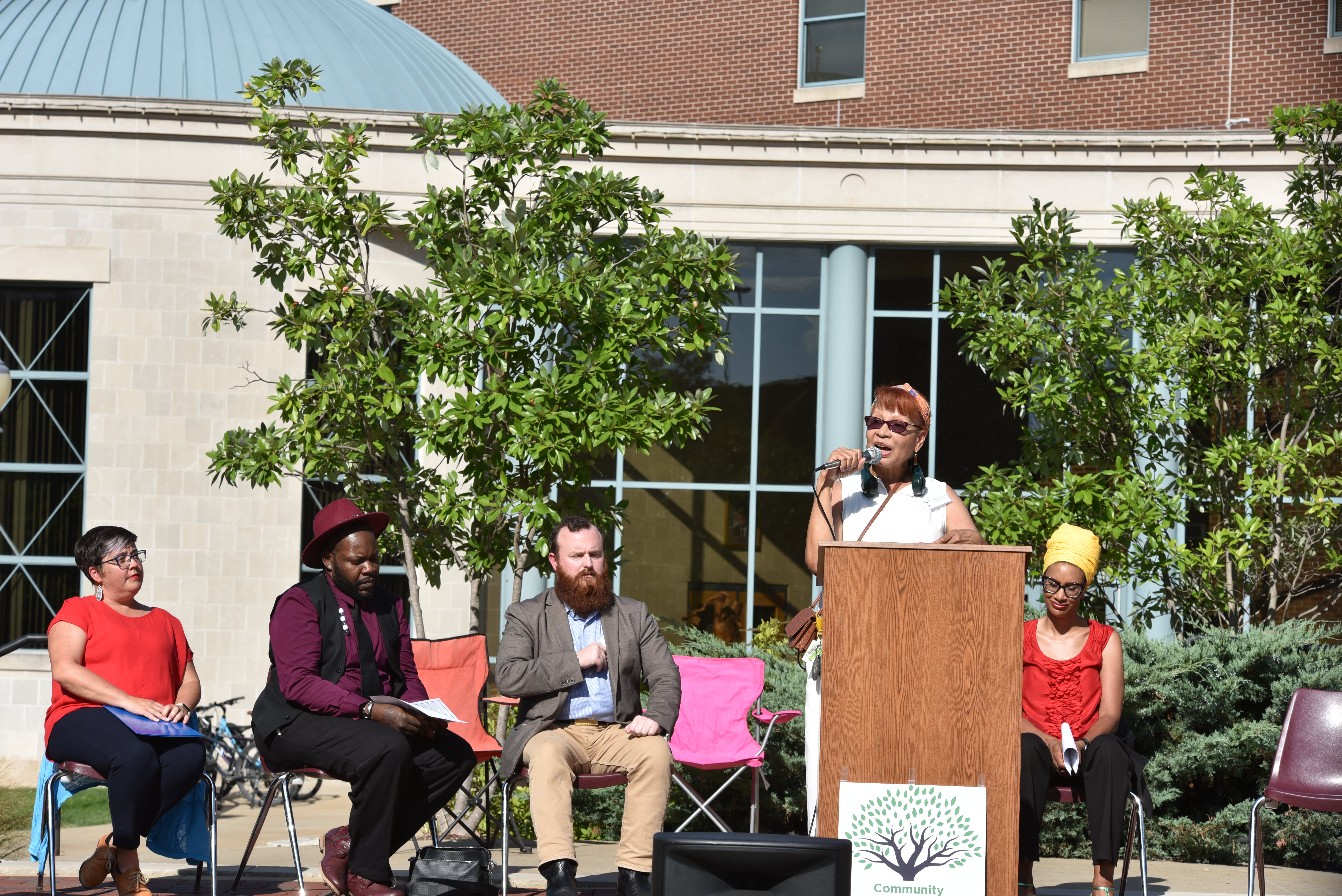 On September 7, several United Methodist church members and Missouri Conference staff took part in a ceremony on the courthouse lawn in Columbia to remember the lynching of a Black man named George Bush, who was killed at that location 133 years ago.

The event involved collecting and distributing soil from the site, a practice that the Equal Justice Initiative started in Birmingham, Alabama, in 2015. The Community Soil Collection Project provides a tangible way for community members to confront the legacy of racial terror lynchings and to memorialize the African-American victims whose lives were lost and the communities impacted by such violence.
Soil collected from the courthouse grounds filled three jars provided by the EJI. The jars will be displayed at the courthouse in Columbia, the Black Archives of Mid-America in Kansas City and the EJI in Montgomery, Alabama.

Although the event was about lynching, Nick Foster, city council member for Columbia’s Fourth Ward, opened with comments about redlining, noting that in Columbia 91% of the homeowners are White and 3% are Black, citing the statistic as overwhelming. In Columbia, the overall population is 76% White and 11% Black. “That’s not by accident. It’s part of our heritage – a heritage of racial terror,” Foster said.
“It’s part of our heritage that until we face it, we won’t be able to get to where we want to go.”

Annabelle Simmons, a member of St. Luke UMC in Columbia and part of the Community Remembrance Project of Boone County, Missouri, read the story of the murder of Bush, telling how a mob removed him from jail in the middle of the night and killed him by hanging him from a second story window of the courthouse, pinning a note on him warning that the body was to be left hanging until 7 a.m. the next morning.

Gabriel Levi, who writes poetry for The City worship service at Missouri UMC in Columbia, wrote and spoke a poem for the ceremony called “Strange” (in homage to Strange Fruit). The poem pledged to make know and remember the act of mob violence that had occurred there. However, no one in the community was ever held responsible for the killing of Bush.

“In this soil, there is the sweat of the enslaved. In the soil there is the blood of victims of racial violence and lynching. There are tears in the soil from all those who labored under the indignation and humiliation of segregation. But in the soil, there is also the opportunity for new life, a chance to grow something hopeful and healing for the future.”