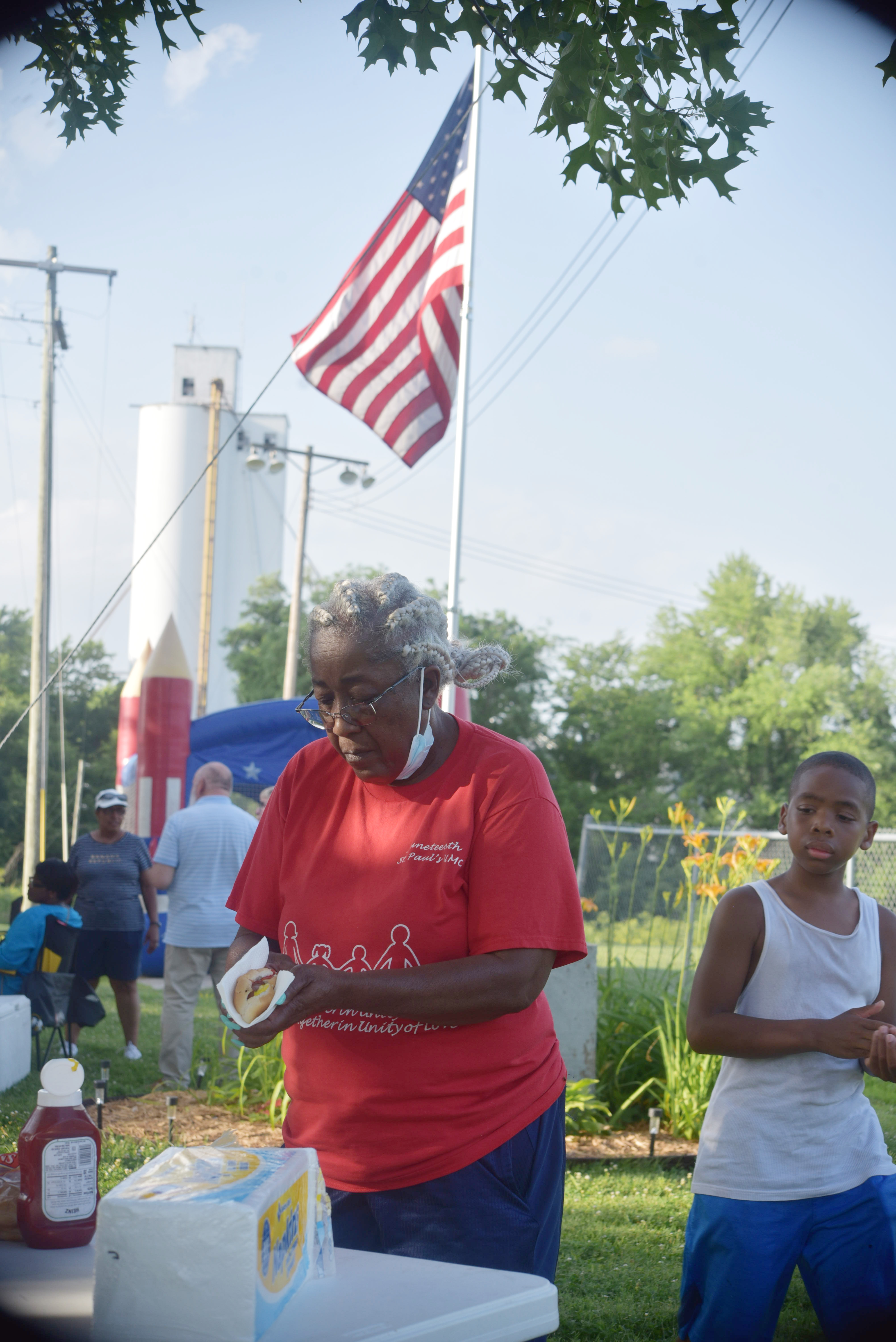 On June 17, 2021, Juneteenth was signed into law as an official federal holiday to be celebrated on June 19th, commemorating the day that Union Army General Gordon Granger issued General Order Number 3 in Galveston, Texas, proclaiming freedom for enslaved people in Texas. Having only two days of lead time didn’t result in a big change in 2021, but in 2022 the occasion started picking up steam.

For the people of Saint Paul UMC in Fayette, people just getting on board with Juneteenth this year are a little late to the party. The church has been celebrating the occasion for 22 years, when Rev. Cheryl Doughty encouraged them to recognize the day.

Regina Powell is a lifelong member of the church. She recalls walking Fayette, going door-to-door to raise money for the celebration back in those first years. The church now partners with other community organizations on the festivities. On June 16 they met at the Paige-Liberty Park in Fayette, where they had a cookout, bounce house and played a Juneteenth version of Jeopardy.

The park they were using used to be the black park in Fayette during the time of segregation. Fayette has recently received a $50,000 grant from Veterans United for park improvements.

The Thursday night festivities were just the first of four nights of celebration in the town, with other events including a parade, gospel singing, fireworks and a special worship service on the courthouse lawn in the town square.

Many United Methodists around Missouri celebrated the Juneteenth holiday this year in various ways.

On June 16, Bill Doggett presented a multimedia keynote address about the life of his father, Rev. Dr. John N. Doggett Jr., a beloved and critical leader who worked tirelessly for civil rights, human rights, and social justice, both locally and nationally. The presentation was made at the Missouri History Museum in St. Louis. Doggett’s association with the civil rights movement began in the 1950s in Los Angeles, where he worked alongside Dr. Martin Luther King Jr. and served as the treasurer of the Western Christian Leadership Conference. In the 1960s, Rev. Doggett made a home in St. Louis, where he led efforts to improve police and Black community relations, state and local government, and healthcare for Black St. Louisans. Rev. Doggett served as the president of the St. Louis City NAACP, the first African American District Superintendent in the Missouri Methodist Conference, and a long-time board member of the Missouri Historical Society. The Community Gospel Choir of St. Louis performed live gospel music at the opening and closing of this keynote lecture.
On June 18, New Horizons UMC held a block party celebrating Juneteenth and Jackie Robinson on Saturday, June 18, from 2-5 p.m. in their parking lot at 4234 Washington Ave. in St. Louis. New Horizons is a new United Methodist Church that was formed by the union of Samaritan UMC and Asbury UMC. The block party included a book giveaway, crafts, an essay contest, and a visit from Fredbird®! Music was provided by the jazz quarter of Rev. Nick Savage's of Salem UMC and The Connection, and free hot dogs, nachos, hamburgers, chips, drinks and snow cones courtesy of Salem UMC's Holy Smokers.

A few miles away Union Memorial UMC was having a Summer Breeze Music Fest in their parking lot, featuring jazz, gospel and R&B music. Rev. Dr. Antonio Settles said he was inspired to have the event by a Juneteenth music festival he attended in Dallas, Texas. He asked the church worship leader, Charlotte Brown, to take the event and run with it. People brought lawn chairs and a food truck was on site. This was the second year for the event. Settles said the event may expand to other seasons if it continues to grow.