We’re celebrating a few of Black leaders who were important to Missouri United Methodist History.

Working with the Los Angeles NAACP and The Southern Christian Leadership Conference, he became the Treasurer of The Western Christian Leadership Conference in the late 1950s. In 1961, Dr. Doggett chaired two of the most important Civil Rights Movement events in Los Angeles at that time: The Freedom Rallies, April and June 1961 for the young Dr. Martin Luther King. Both rallies and fundraisers helped the SCLC in its missions with The Freedom Riders and Sit Ins of 1961-62. 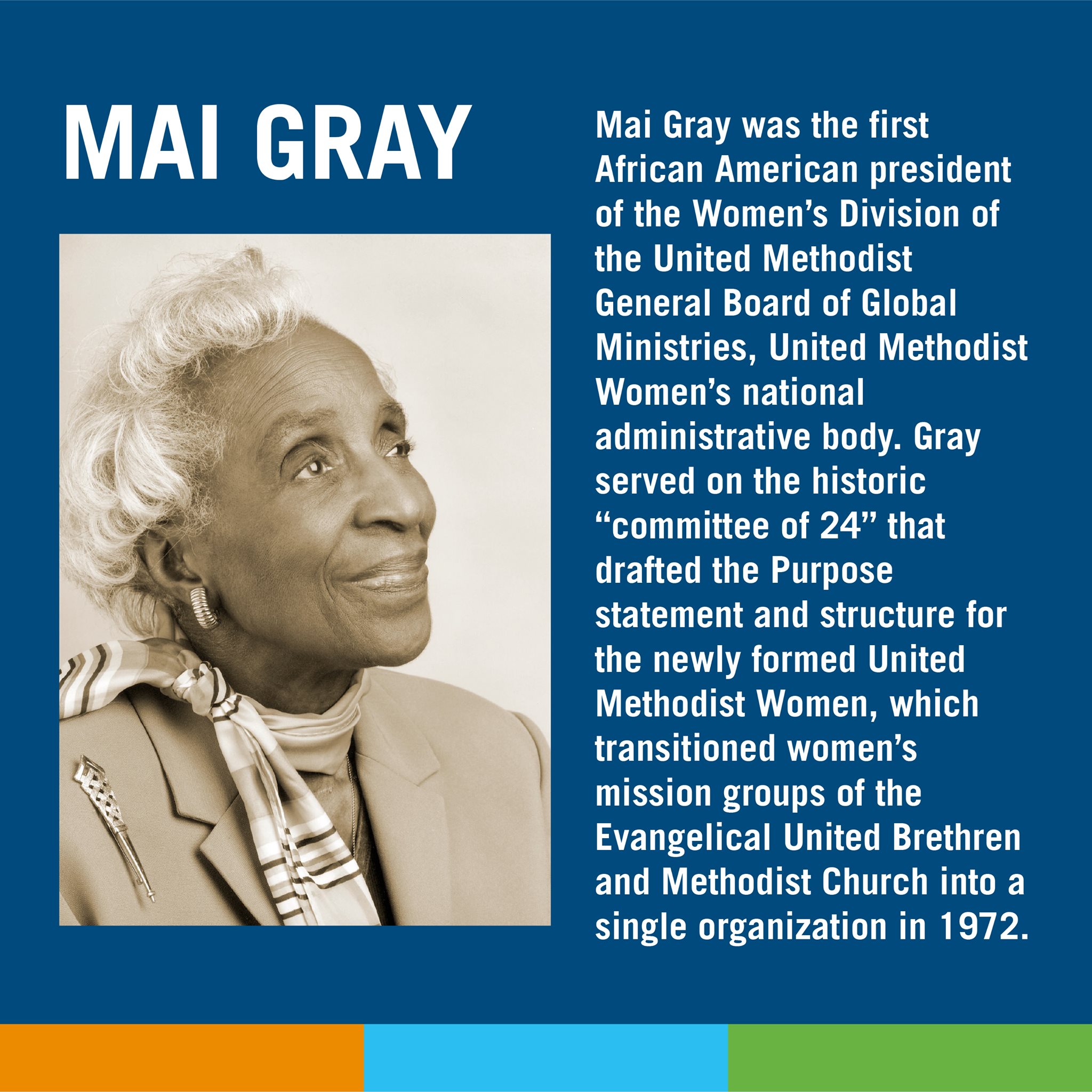 Mai Gray was an active member of St. Andrew UMC, but her commitment to the church extended far beyond the Missouri Conference. She was the first African American president of the Women’s Division of the United Methodist General Board of Global Ministries, United Methodist Women’s national administrative body. Gray served on the historic “committee of 24” that drafted the Purpose statement and structure for the newly formed United Methodist Women, which transitioned women’s mission groups of the Evangelical United Brethren and Methodist Church into a single organization in 1972. Her tenure with UMW’s national leadership team included the final years of the Vietnam War and the Iranian hostage crisis, when Iranian students and militants took over the U.S. Embassy in Tehran and held 66 Americans from Nov. 4, 1979 to Jan. 20, 1981. Gray was part of delegation of religious leaders who met with President Jimmy Carter to pray with him and urge him to pursue diplomatic rather than military means to resolve the situation. 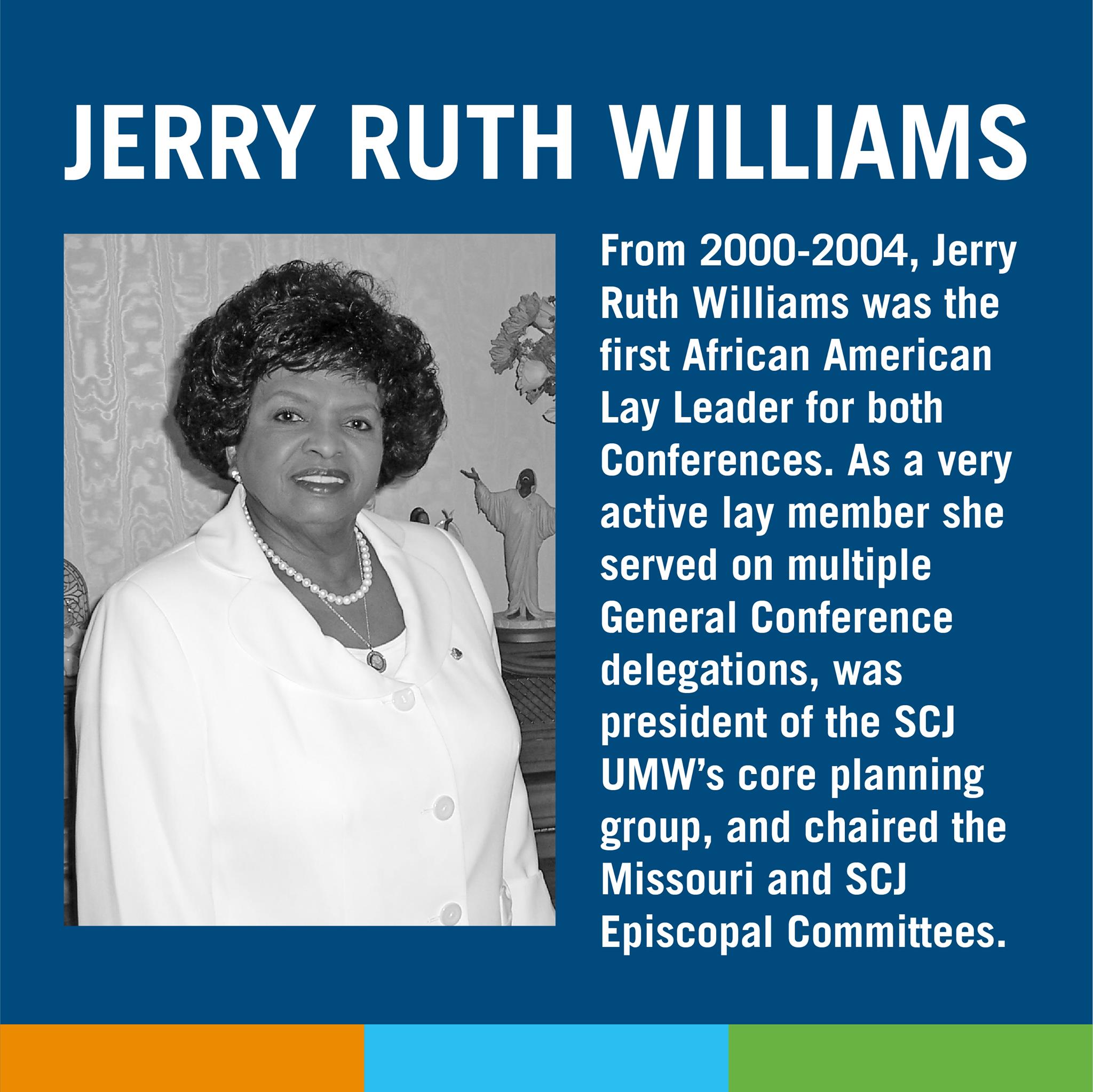 From 2000-2004, Jerry Ruth Williams was the first African American Lay Leader for both Conferences, Missouri West and Missouri East. But that was only a small portion of the extensive work she did as an active lay member of the United Methodist Church. She served on three Missouri delegations to General Conference and chaired the Episcopal Committee for both the Missouri Conference and South Central Jurisdiction. Williams was president of the SCJ UMW’s Core Planning Group and a past director of the Women’s Division, General Board of Global Ministries. At the time of her death she was completing the first quadrennial of a 12-year term as a member of the board directors of the United Methodist Publishing House. All of this is represents only a slice of the ways she served and the impact she had on the Missouri Conference.

Outside of her robust work with the church, Williams was a world traveler, who had visited Israel, Egypt, Brazil, Switzerland, Italy, North and South Korea, China, Argentina, Australia, New Zealand, and most of the United States of America.
Race and Culture