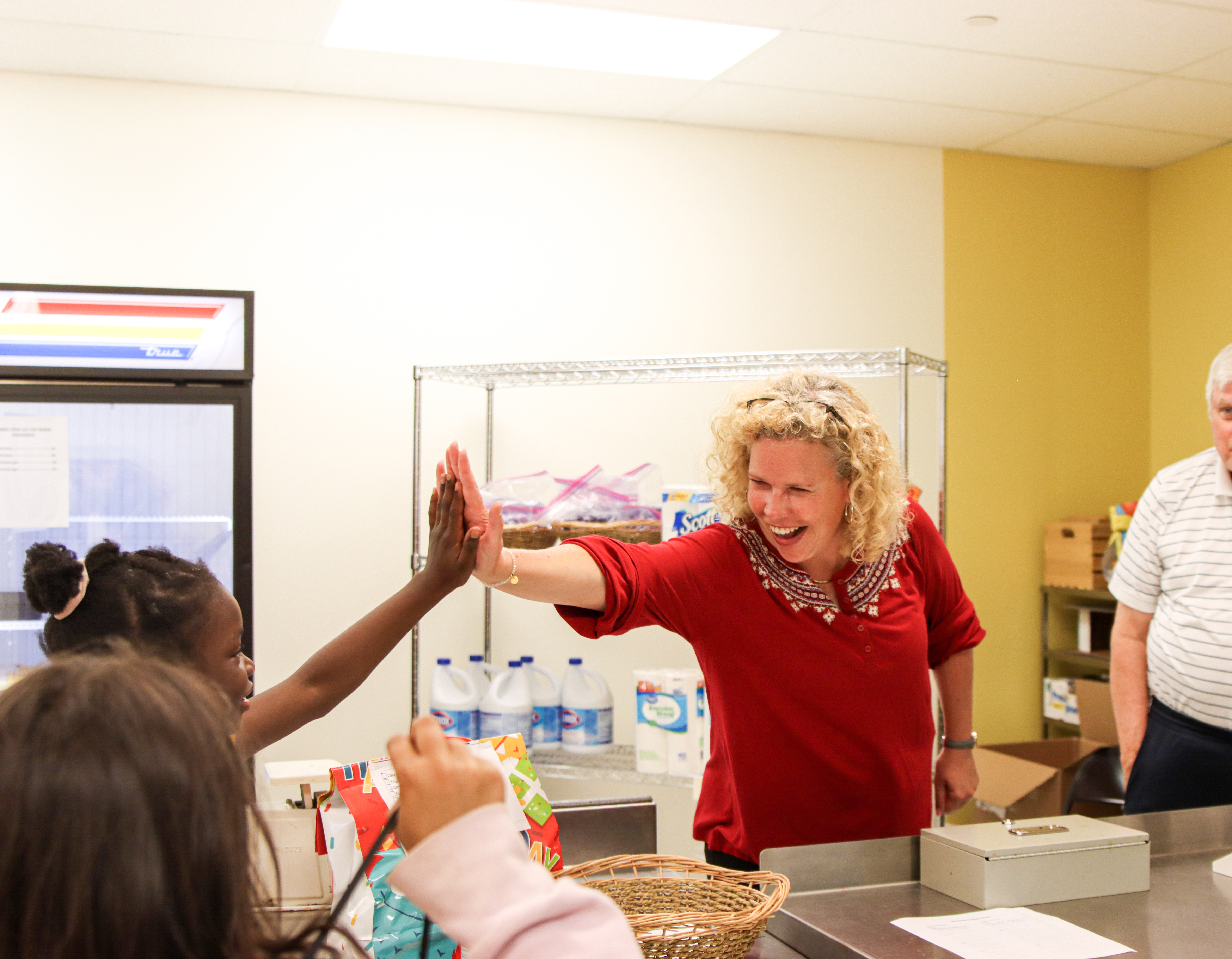 During the pandemic, Kirkwood United Methodist Church was involved in many local mission activities, like food giveaways, and had a COVID-19 fund to help people with rent and utilities. The experience made the church more aware of people in need within their community.
“We wanted to impact those we were serving more deeply,” Dr. Kyle Butler said.

Kirkwood UMC had worked a lot with LifeWise in the city. And started to think how if LifeWise offered a west campus in their area, they would be able to reach people in their neighborhood.

“LifeWise thought it was a good idea but said we should do it,” said Butler, executive director for Lifebridge, a new 501(c)(3) at Kirkwood modeled after programs available at LifeWise.

The Lifebridge program helps people achieve economic wellness to transform lives through resources and long-term relationships.
To kick things off, Lifebridge offered a six-week program in the spring and fall. In addition to the classes, participants get individual coaching. For example, program participants start bank accounts, and if they save $100 in four-to-six months, they are matched for $300. LifeWise connects the program to the United Way, which provides the match.

“We had 10 people in our first class, and they all made their match,” Butler said. After that, participants can go to bigger matches to purchase a car or a home.

The coach with the program is Arissa Calvert, a social worker from LifeWise who has financial advising certification.

“We look at the whole picture – not just money but circumstances,” Calvert said.

She was impressed with the people who have participated in Lifebridge.

“People have been engaged,” she said. “And both cohorts have involved some people who already knew each other, which is great to see.”

Calvert has enjoyed hearing about the lives and habits changed by the program.

“People have told me they’ve become subtly more aware of their spending and behaviors regarding money,” she said. “They are more accountable to themselves.”

In addition to the classes and the coaching, Lifebridge operates a store at the church one night a week that offers fresh food at a discount, personal care items and laundry detergent.

Scott Walker, LifeWise president and CEO, said he likes to see LifeWise extending into new areas, like having Calvert partnering with Kirkwood UMC.

“What they are doing at Kirkwood is amazing,”
Walker said, commenting on how the church in an affluent area of Kirkwood is being very intentional about stepping up and trying to help disadvantaged people in their community. “The church should be the identity of programs there rather than us. They are the ones in relationship with that community.”

Butler hopes that as the Lifebridge program develops, it will grow to partner with other churches in other parts of the city.