Rev. Charity Goodwin and her sister Tramaine Williams encouraged their kids to take ownership of their school at home by giving it a name, mascot and colors. Gabriel and Levi Rosario and Sarina Williams chose the name Black Genius School with Black Panther as the mascot and black, purple and gold as the colors.

As their children completed their schoolwork, Goodwin and Williams offered Black history lessons to supplement what they were learning. Goodwin started posting their informal efforts on her Facebook page. Her anecdotes and photos were met with comments of excitement and questions of how to get involved. 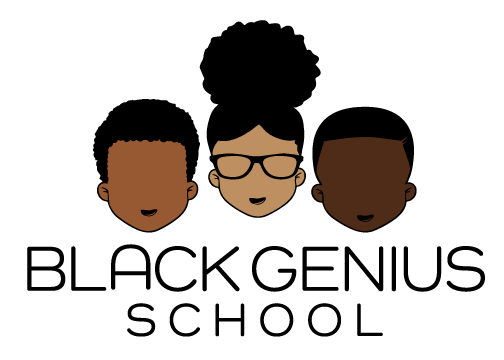 Thanks to the overwhelming response, Black Genius School held its first public Saturday class via Zoom on September 26 and has continued to grow by word-of-mouth referrals. The movement helps Black families educate their elementary-aged children about Black and African history, so they see themselves represented and begin to imagine their potential.

“For some of these geniuses, they may not right now or have ever had a Black teacher,” Goodwin says. “Some of them haven’t been in a class with this many Black children ever. This is way more powerful than we could have known.”

One student, who is Black and Cameroonian, started Kindergarten last year in a predominately white school. When she drew pictures of people, they always had peach skin and yellow hair. After attending Black Genius School, her mom noticed a difference in her, and now she is requesting skin tone-colored crayons and reading about Black history.

“That was pretty powerful to see that shift in that sense of representation and connection that she didn’t have before,” Williams says.

Another Black Genius School parent, Rev. Jill Sander-Chali says, with the exception of settings with family and close friends, there aren’t many spaces in life where her daughter 8-year-old Mapalo Chali is the majority.

Sander-Chali, who is white, and her husband Rev. Dr. Kalaba Chali, who is from Zambia, are raising Mapalo in the U.S. but acknowledge that neither of them have lived the Black American Experience. Black Genius School has taught all three of them new things and led to family experiences centered on Black history, such as watching Hidden Figures together after learning in class about Katherine Johnson’s work with NASA.

“We’ve always been intentional about giving Mapalo role models who look like her, and now she’s at an age where she really sees it,” Sander-Chali says. 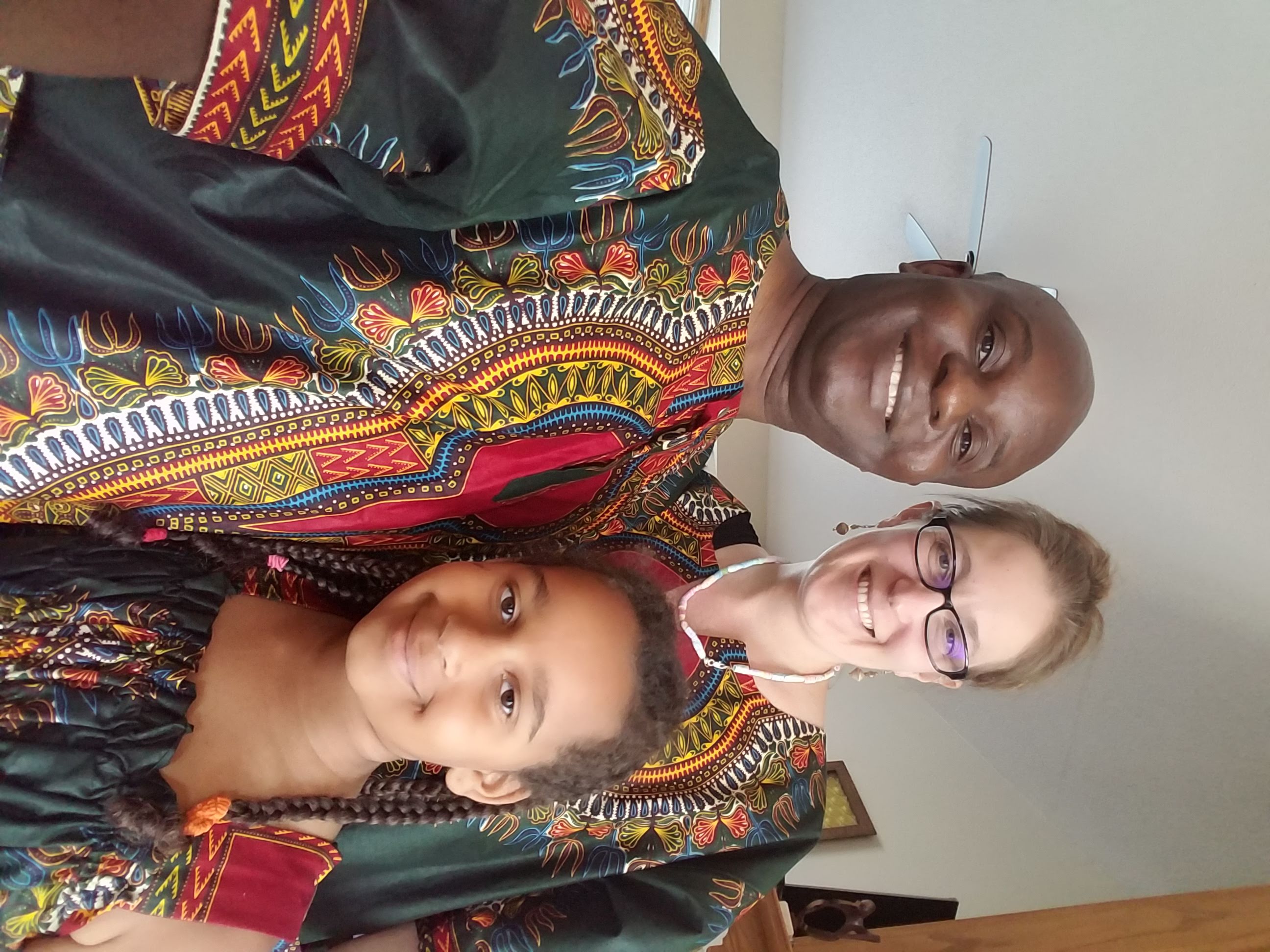 Typical school curriculum doesn’t emphasize Black history or the Black experience. Students learn the same things about the same Black legends over and over. Their knowledge isn’t ever expanded.

In 2020 Black Genius School introduced students to John Lewis and his good trouble, inventor of the ice cream scoop Alfred Cralle, and George Washington Carver and his work in botany. Some classes have featured a guest presenter, such as the session about name meaning and stories with St. Louis entertainer Barbara “BeBe” Carter or the Saturday centered on soul food and DNA taught by Dr. Boahemaa Adu-Oppong, a field bioinformatic scientist.

“Representation matters, no matter who you are,” Goodwin says. “You need to see someone who looks like you doing something to understand that you can do it too. If you don’t, you subconsciously don’t think of it as an option. This is a Black-centered space with Black teachers. We want our children to really get that and for this school to center Blackness.”

The first Saturday school session focused on Africa. Using their connections, Goodwin and Williams solicited five-minute videos from friends with roots in and heritage from countries in Africa. The videos highlighted their country, culture and native language, and the class featured a guest speaker from Nigeria.

“As we’ve taken more of an educational approach, we feel we have taken a child-centered model,” Goodwin says. “Whatever we study in Black Genius School our children have articulated or shared a curiosity about.”

Leaning into those ideas and curiosity, Goodwin and Williams research a topic and gather books from the public library. The Black Genius School founders — Gabriel, Levi and Sarina — experience the lessons first and help decide which materials to recommend to their fellow students. 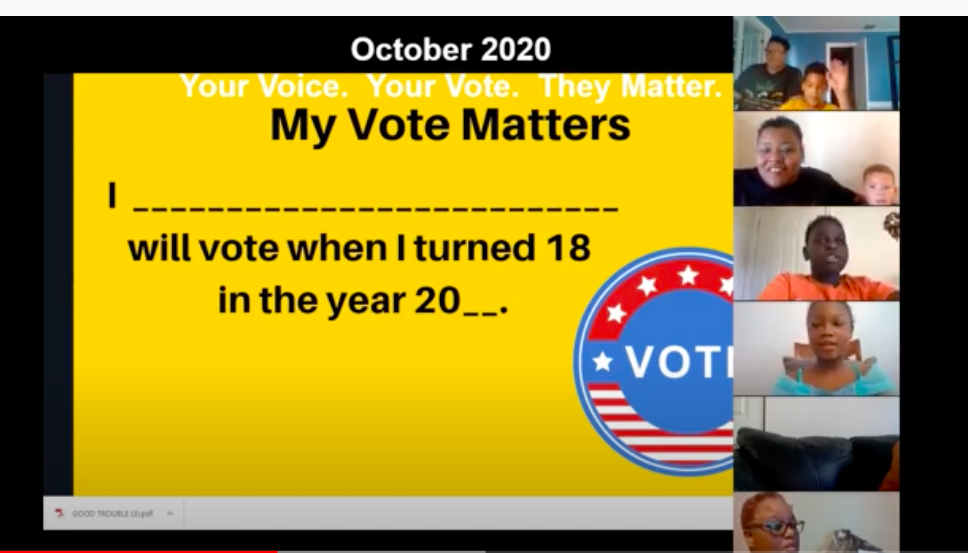 The additional curriculum and resources that don’t make it into the class get posted on Shuri’s Lab, a Google Classroom that acts as a continuing learning space. Students can access class materials as well as additional videos, books and activities. This year Goodwin and Williams hope to launch an online safe space for the Black Geniuses to communicate.

“Children can actually be smart here,” Goodwin says. “All that they are is welcome here, and the expectation that they’re genius is welcome here. We let them live it and flaunt it.”

Every session of Black Genius School begins with affirmations such as: I am a genius; My voice matters and deserves to be heard; and I am a voice ready to change the world.

A typical session of Black Genius School includes between five and eight attendees. In 2021 Goodwin and Williams hope to enroll 20 to 30 families in the spring semester, which began January 16. Students aren’t just from the St. Louis area, where Goodwin pastors the Clayton site of The Gathering, or even just Missouri: There are regular attendees from Nebraska and Kansas, too. Goodwin says the school will likely remain virtual even post-COVID-19 because she and Williams envision someday reaching beyond the region.

“The reach is beyond what we can even fathom and is impacting people personally,” Williams says.

Goodwin says it’s a privilege to serve in this way, given to them by God to steward and to help cultivate positive self-identities.

To learn more about Black Genius School, visit its Facebook page at www.facebook.com/BlackGeniusSchool.