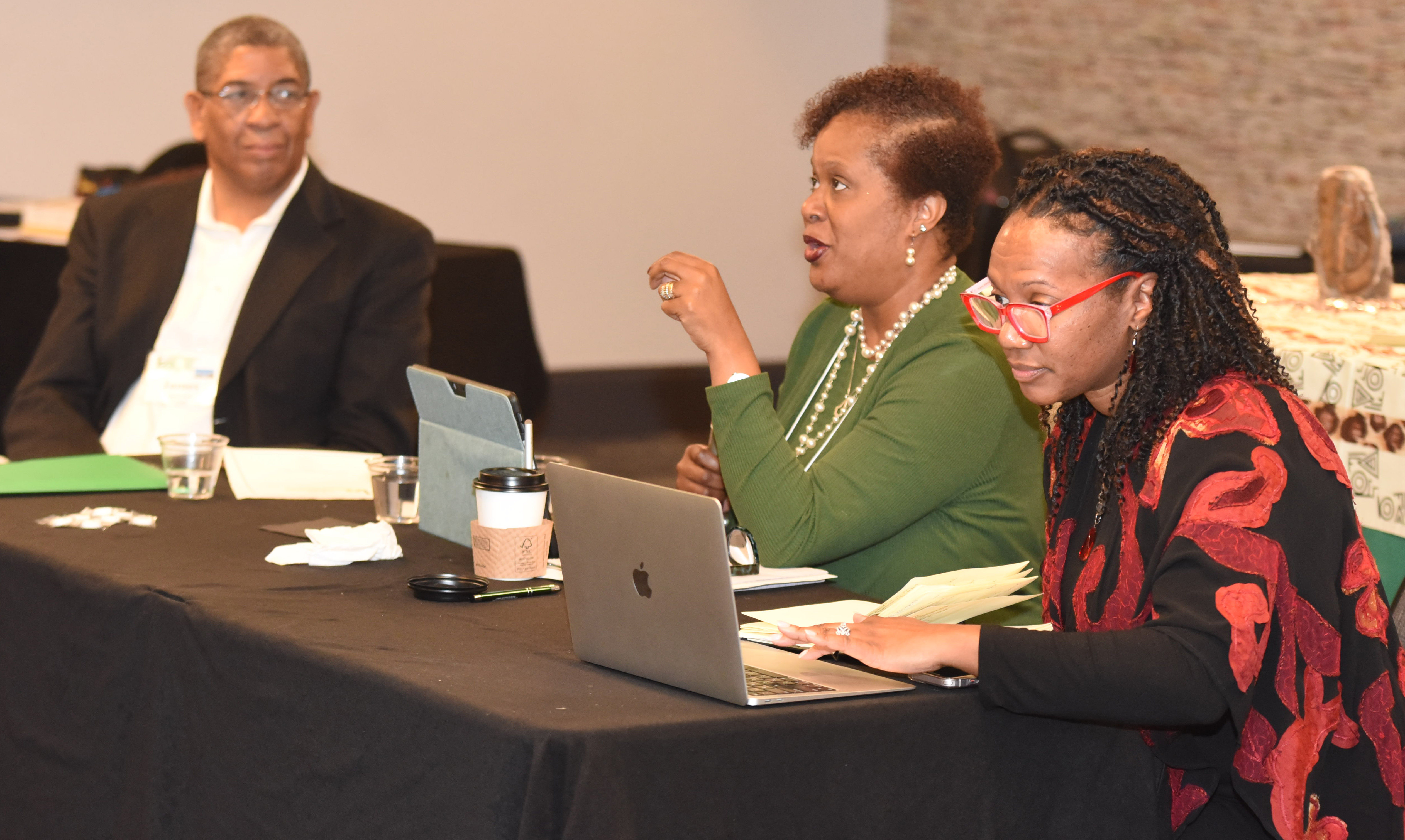 There are currently no Black persons or Native Americans serving as Bishop in the South-Central Jurisdiction. The SCJ Black Methodists for Church Renewal are hoping that changes next week when the jurisdictional conference is convened and elections take place.

The SCJ-BMCR Episcopacy Committee submitted its report which was adopted by the group. The recommendations were based on Diversity, Equity and Inclusion, after reviewing the history and current status of the SCJ College of Bishops. No Black women or Native Americans have ever been elected to the episcopacy in the jurisdiction. The group endorsed three candidates for the election: There were two women present who had been episcopal candidates in the SCJ, Rev. Michele Sue Williams (Missouri Conference) in 2004 and Rev. Dr. Cheryl Jefferson Bell (Great Plains Conference) in 2008 and 2012.

The St. Louis meeting was about much more than the upcoming election. It was what would normally be (in pre-pandemic times) the annual meeting for SCJ-BMCR. Many in the group had not been together since the last national BMCR meeting, which was in Kansas City in March of 2020, just before everything started shutting down for the pandemic.

Jefferson Bell spoke about disaffiliations. She urged those gathered to use and share information from reputable sources, like United Methodist News Service, to counter disinformation that is being spread.

“It is so sad to see fear tactics being used to persuade people to leave the United Methodist Church,” she said.

Jefferson Bell is on staff at Church of the Resurrection in Leawood, Kansas. She recommended that people watch the videos produced by Rev. Adam Hamilton that are available at www.proudtobeumc.com.

Dr. Pamela Ray (Rio Texas Conference and Texas Lutheran University) and Rev. Sharon Williams, associate director of Mission, Service and Justice Ministries for the Missouri Conference, were on a panel speaking about DEI – Diversity, Equity and Inclusion. “One of the things we have to do is have a conversation,” Ray said. “If leaders wait until there is a ground swell of protest it will be a very different process.”

Williams mentioned that the Missouri Conference has stated that it wants to become a brave and empowering place for people, but to live into that vision more work will have to be done. She encouraged those present to be active in the cause.

“We all know we’re in this denomination as a minority. We signed up for that,” Williams said. “There is a prophetic work that we are uniquely wired to lead.”

Other workshops at the meeting included Aja Rowland (clinical therapist, Rio Texas Conference), who spoke about mental health and self-care, and Rev. Dr. Jeffery Williams, who spoke about Process Development After a Pandemic.