Waiting on the Water: Northwest Missouri Looking Forward to Additional Dry Out 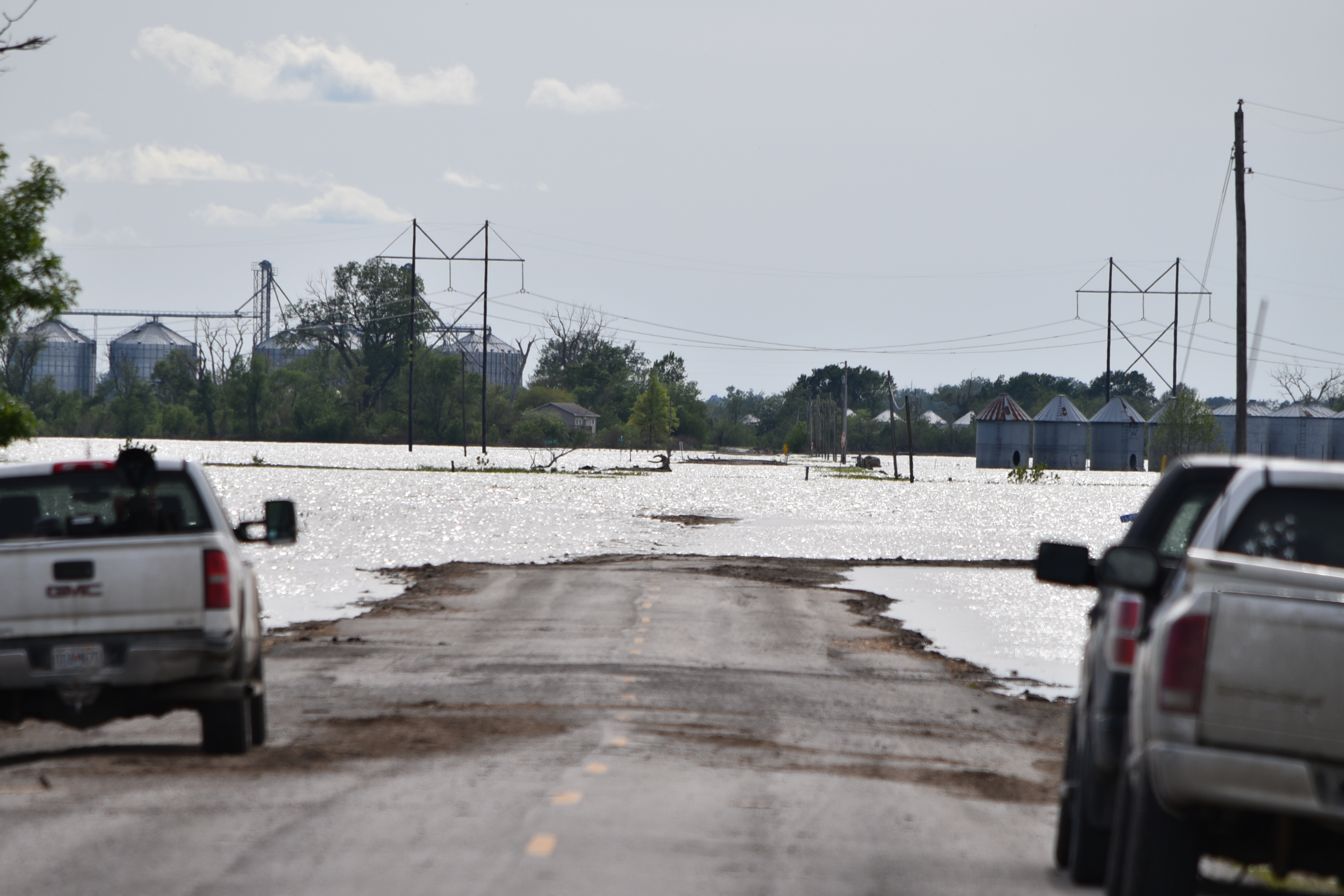 After a long, wet spring Northwest Missouri is beginning to dry out, and the people who live there are preparing to begin work on another recovery process.

Flooding further upstream on the Missouri River and its tributaries caused extreme devastation in Iowa and Nebraska earlier this year. In Missouri the flooding was primarily in the Northwest corner of the state, with Atchison and Holt counties being the hardest hit areas, similar to the flooding that occurred in 2011 and 1995, not as widespread as the flooding that wrought devastation statewide in 1993.

When the river rose beyond flood stage in March the Atchison/Holt County Flood Committee that was formed in 2011 was reactivated. Rev. Donna Clark Fuller, pastor of the United Methodist Churches in Rock Port and Watson, has been active in the response.

“The main goal of our committee is to get everyone working together,” Fuller said.

The United Methodist Church in Rock Port is designated as an emergency shelter, and was available this year, but no one stayed there.

“Sometimes what people need is just to talk, and have some pastoral care,” Fuller said.

Initially the response involved providing bottled water to the people who lived in Watson when the flooding made the municipal water unsafe to drink. A food panty was set up at the United Methodist Church in Rock Port and Tarkio. The use of a commercial building on Main Street in Rock Port was given by the owner so it could be used to receive and distribute donations.

“I keep hearing that this is the worst flood people have ever seen,” Fuller said. “They tell me the water came up more quickly this time, with more current, causing more damage.”

The Missouri River at Brownville, Nebraska, due west of Rockport, is still a couple of feet above flood stage. It’s the closed roads that have most impacted the lives of many people in the town of Rock Port. For most of the spring Interstate 29, the main route from Kansas City north, was closed or partially closed in sections. It is now fully open, but nearby the small secondary highways that run between I-29 and the Missouri River are still under water. For months, people in Rock Port who work in Nebraska who used to have a 20-minute drive to work had to drive two and a half hours to get to their jobs.

“Some people have been living out of their cars so they didn’t have to drive five hours a day just to get to work,” said Rose Munsey, who works on the committee with Fuller. 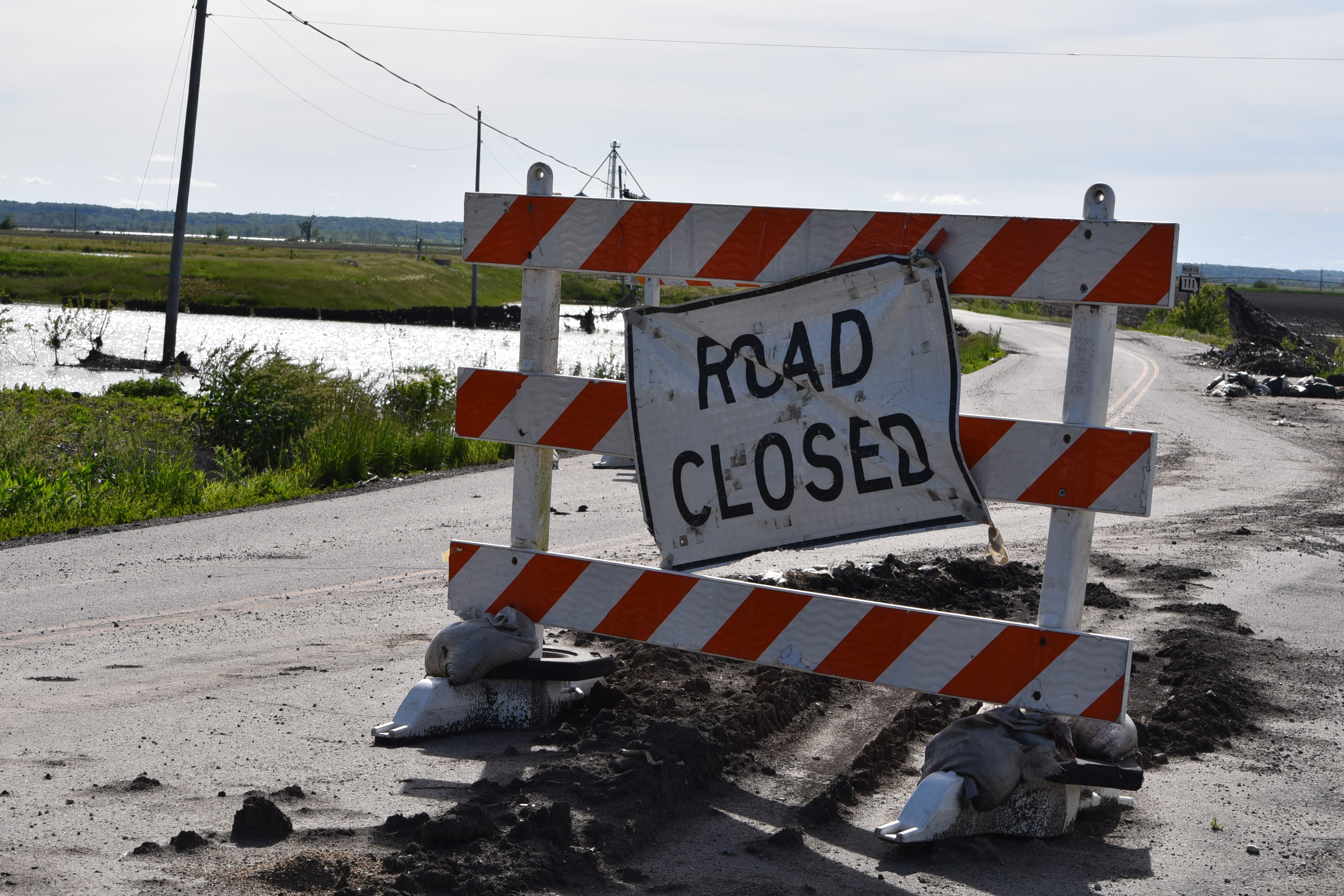 Now Highway 2 has reopened at Nebraska City, cutting the five hour drive time in half, but still much longer than it was before. One way the committee has been helping is by providing people with vouchers for gasoline. They’ve also provided vouchers for laundromats for people living out of motels or RV trailers.

It’s not just that is was hard to get out of Rock Port, it was also hard to get in. Some businesses in town that are dependent on traffic from the interstate, like motels and restaurants, suffered from the road closures and detours.

The counties still haven’t been declared a disaster area by the Federal Emergency Management Agency, because persistent flood waters have prevented people from entering the area to do a thorough damage assessment.

Some areas the were flooded earlier are no longer have standing water. The town of Craig can be driven through on any street. Debris remain on the porches of many homes.

“One farmer told me how their grain bins had been knocked off their base, so they lost last year’s crop in addition to not being able to put out a crop this year,” Munsey said.
News