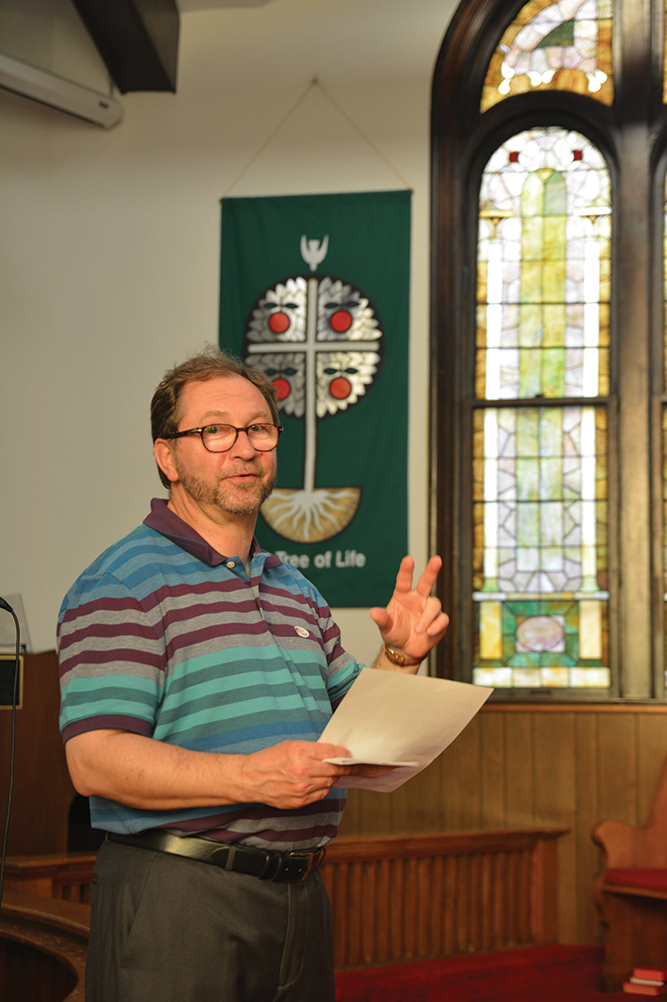 Lawson UMC recognized that sometimes attending a Sunday morning worship service does not work out for people. They wanted to try to give the people who couldn’t come on Sunday morning an opportunity to attend church for a weekly worship service. From that discussion, Tuesday Night Worship Express was born.

The full name of the service is Tuesday Night Worship Express – In 30 minutes or Less! Rev. Gary Ponder Williams preaches the same sermon that he preached the previous Sunday morning. The songs are trimmed back to two. The children’s message is only given if children are present. The offering plate is available, but it isn’t passed.

Joys and concerns, which the church calls Creating the Beloved Community, are only done on Sunday morning.

“Those are a big part of worship here, so that sometimes takes several minutes during the Sunday service,” Ponder Williams said. 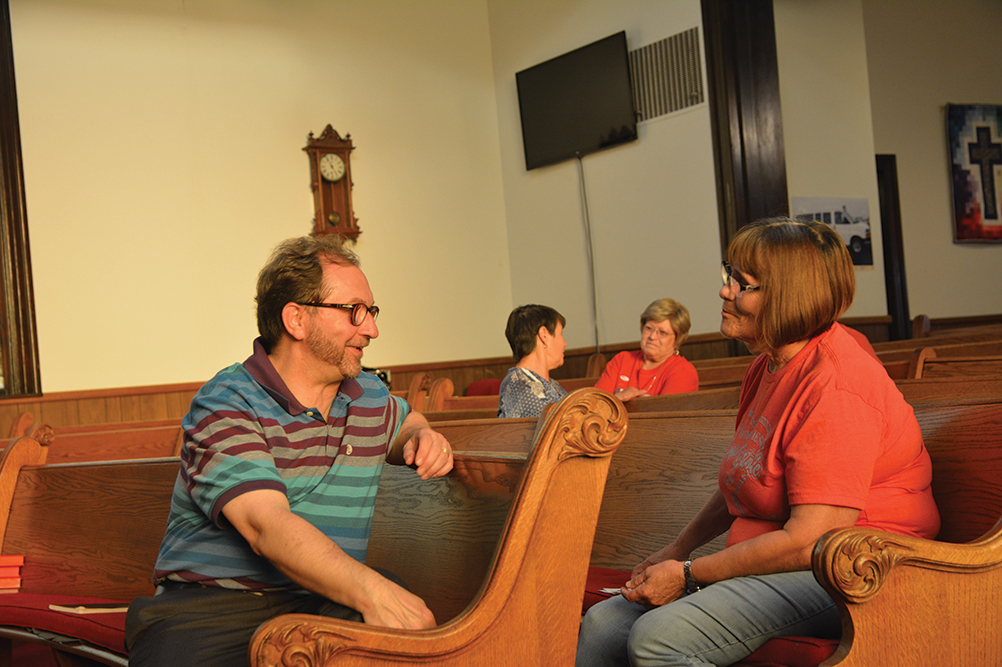 That trimming takes the worship service down to its promised “30 minutes or less.” The organist does a generous musical prelude and plays some after worship for people who aren’t worried about being there only half an hour.

Although you may think a weeknight service would most likely appeal to busy young people, the church has found that older adults sometimes find the service works better for them.

“Some people have told me their arthritis is more manageable in the evening than it is first thing in the morning,” Ponder Williams said. Others who have back problems have said they appreciate having a half-hour long worship service that they can attend.

Age range and attendance at the service has varied widely. The church averages in the 80s in attendance on Sunday morning and has had modest expectations for Tuesday night. They don’t always meet the participation goal of 15 that Congregational Excellence recommends for a new worship service (see page 8), but they have made some positive inroads regarding connecting with new people.

The largest attendance was during last Advent when they had the Tuesday night service off-site in a city park, with Christmas carols and candlelight. At least one of the now Tuesday night regulars was not attending worship before the Tuesday night service was offered, and another had not been attending since a previous change in schedule had eliminated the early Sunday morning service. Some of the attendees are multi-generation members, others are first-time visitors. One person mentioned she sometimes can’t attend on Sundays because she is out of town caring for her elderly parents. Another said her husband is often involved in VFW activities on Sundays back in the town where they lived previously. 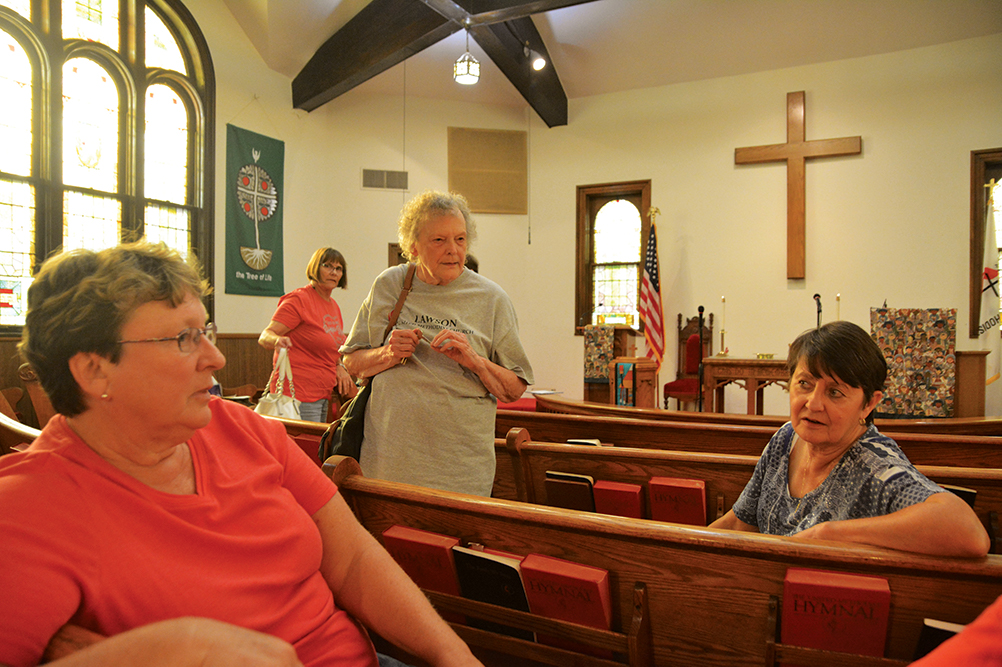 Lawson UMC is a community-engaged, mission-oriented church. At an open house for their Baby Grace program in August, they had more than 80 families present. Baby Grace is ministry to assist young mothers and is represented in a number of churches. On the other end of the age spectrum, the church offers a Lunch Bunch for senior citizens that provides lunch and either music or a guest speaker. Its attendance is typically 30–50 people. The church recently raised money to purchase a 1-year-old van that will be used to transport their volunteers to their regular mission project with Lazarus Ministries, which serves the homeless in Kansas City. They are donating their older van to nearby Camp Wilderness.

“We take eight to 15 volunteers to Lazarus Ministries, and the van holds 15, so it’s perfect,” Ponder Williams said.

On a Tuesday night in August Ponder Williams was preaching on the scripture about Jesus feeding the multitude. He focused his sermon primarily on verse 12, when Jesus instructed his disciples, who had previously feared they would have too little, to gather up the remainder of their abundance so that nothing was lost.

“They didn’t have refrigeration. If they didn’t share their blessing from God it would spoil and be wasted,” Ponder Williams said. “When we are blessed with more than we need, we are called to go out and find someone to give it to.”