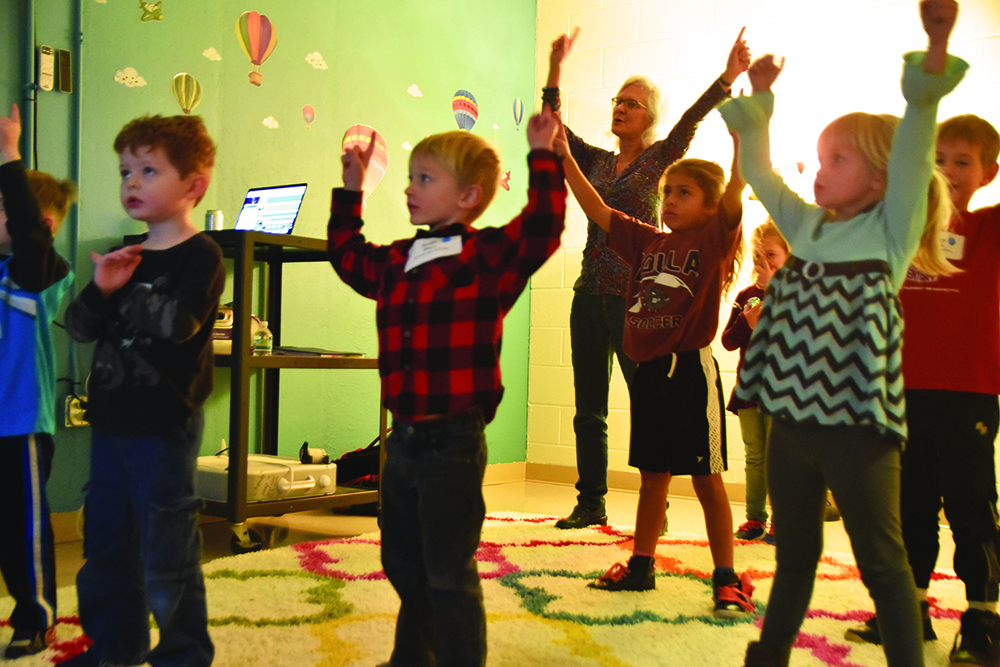 First UMC in Rolla has accepted that if they want to involve new people in the church, they are going to have to try doing something new. They’re approaching that in several different ways, including a new mid-week worship service, and have received one of the first rounds of grants from the Missouri Conference Office of Congregational Excellence to help get it going.

The service is called Wednesday Encounter. They did a soft launch of the service starting in September. “We decided to just dive in rather than wait until next year to get things going,” Rev. Bill LaMora said.

Things kick off on Wednesday night rally-style. The church was inspired to get things started this way when they saw how well it worked at the beginning of the Ignite Mobile Camp they hosted. The children in church gather in the front and do a line dance. After this everyone then breaks up into groups. The college students go upstairs to their own space, the children go to two different classrooms divided by age, and the adults stay in the multi-purpose room for a Bible study or participatory conversation around a topic of interest. They come back together for worship at 6:30, Worship is about 45 minutes long so that families aren’t out too late on a school night. Each worship service concludes with communion.

The sermon is family-oriented, and the children provide a song for the congregation that they worked on during their breakout session. Attendance has been around 50. Some weeks there are about a dozen new people; some weeks it’s more like three or four.

The service has taken off with some college students who were involved with the campus ministry program but not attending on Sunday mornings. It has also helped bridge the gap between families who have children in the church’s preschool program but were not otherwise involved in the church. The Wednesday Encounter is very child friendly, and some move about the room on the their own during worship without anyone taking notice.

Amy Cornelius is youth pastor at the church and has initiated becoming a license local pastor. A recent outing to the skating rink involved 25 youth. Many come to worship service on Sunday evenings geared specifically for youth. Cornelius has become the preacher for that service.

“I started exploring my call to ministry at the Candidacy Summit last June,” Cornelius said.

She worked as a teacher for 10 years before she started working at the church, which started with LaMora cold calling her and asking her if she would be interested in working with the youth group. The sermon series in November was themed around “First Things First” and achieving success by having the right priorities, essentially focusing on the things that matter.

Many people in the church are taking a strong look at their membership vows, and they provided video testimonies relating to how those vows are being fulfilled by how they live their lives. One was from a local physician who is a member of the church, and has built a reputation in the community as being the go-to person to come up with food for people in need.

“It is my mission to keep good food out of the trash,” she said. “The idea of serving others is important to me. As a church, we need to get outside of our walls and get our hands dirty.”
Bob Krause, who has his own band and was recruited to be a praise team leader at the church, explained how he made his musical talent his ministry.

“Just wrap Jesus around whatever you are good at,” he said. “It makes an easy way to witness to other people.”

LaMora structures the Wednesday service to be a soft-entrance to worship, and it has served as that. Several people who have participated haven’t been to a Sunday morning service at any church in many years. He also has a strong core group of people from Sunday services that provide energy and the critical mass that the service needs. For them LaMora tries to structure the service as a supplemental reinforcement to the worship they are experiencing on Sunday mornings.