Traditional In Its Own Right 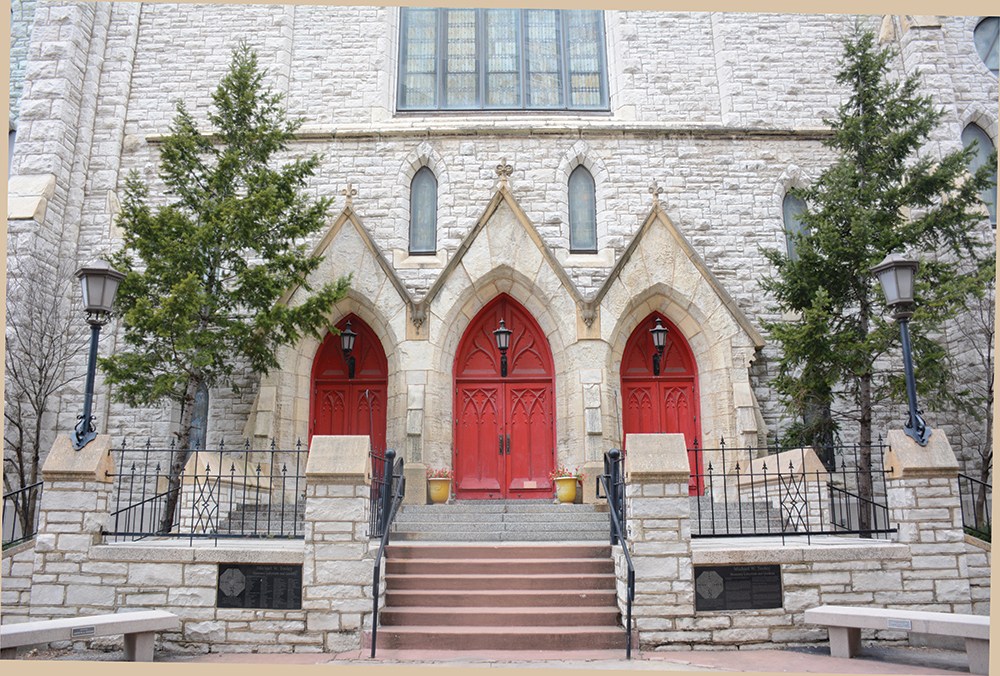 At 10:58 a.m. the organist at Centenary United Methodist Church took her seat at the foot of the historic Babler memorial organ, its height stretching to towards the sanctuary’s ceiling. A few minutes after 11 a.m., Rev. Kathleen Wilder entered the sanctuary after finishing morning worship at the other church on her two-point charge, Lafayette Park UMC. After leading those gathered in prayer, Wilder invited the body to prayerfully sing Jesus Loves Me aloud.

As the refrain of that common hymn echoed through the historic sanctuary in downtown St. Louis, a very different sound echoed in a much different room: less than a mile away. The special session of General Conference was meeting at the Dome. As the group at Centenary sang, the Commission on the Way Forward delivered its report, outlining the three plans they developed over their 18 months of work together.

Life at the local church continued while delegates deliberated a Way Forward at General Conference. Centenary, a Methodist Church since 1839, is the only UMC in downtown St. Louis. It has stood the test of time and trial and will weather this current storm.

Centenary was born out of the Fourth Street Church, later known as the First M.E. Church, South. On May 10, 1842, the cornerstone was laid at the original building located at Fifth and Pine. This property, a large federal looking stone building, was sold in 1868.

Centenary found a home at its present location, 16th and Pine, where the cornerstone was laid on May 10, 1869. Known as the Cathedral of St. Louis Methodism, Centenary was the leading church of the M.E. Church, South in the state.
Over the last 180 years, this historic church has endured great cultural and denominational change. Centenary hosted the General Conference of the Methodist Episcopal Church in 1850 and 1890. In 1904 St. Louis welcomed the World’s Fair, an exposition of innovation from around the world. Twenty-six years later it marked its record membership of 3,600. In the 1960s, it saw the construction of the Gateway Arch.

On a broader scale, Centenary stood tall, with its 200-foot spire, through two World Wars, the Great Depression and the Civil Rights Movement. During World War II, it served thousands of servicemen making their way to war via neighboring Union Station. At the heights of the Great Depression, soup lines snaked down the street as Centenary provided nourishment of body and soul.

In 1972 the United Methodist Church added language related to homosexuality to the Book of Discipline. Just over 20 years later, in 1994 Centenary voted to become a reconciling congregation, welcoming “everyone regardless of age, race, socioeconomic status, education experience, sexual orientation or other superficial divisions.”

One of Wilder’s stoles lies on the alter. After the 2012 General Conference, Wilder felt the Holy Spirit prompting her to lay down her stole until all people could be ordained within the UMC. “It’s a tangible reminder of the people that we’re missing.” Wilder gave her ordination stole to Bishop Schnase, who ordained her in 2007, with the intent that he could return it to her once ordination was inclusive for all. Bishop Farr holds the first stole Wilder’s husband gifted her.

“It’s significant for us to be neighbors to the General Conference session because we made the decision to be reconciling a long time ago,” Wilder says. “I think that’s part of why we’re so comfortable with people who live in shelters or who have been in prison. That’s just who we are.”

As an outpost for United Methodism in downtown St. Louis, Centenary is working hard to be good stewards of its facility and cement itself as a cornerstone in the community.

For 12 years Centenary had a vibrant homeless ministry. Even though that ministry looks different today, Wilder says Centenary is still widely known throughout St. Louis’s homeless population as a place they can go for help.

Centenary has a commercial kitchen attached to its fellowship hall space. During the week, multiple food-focused nonprofits utilize the space. Laughing Bear Bakery creates cookies and pies in the kitchen; the organization only employees those who were formerly incarcerated, giving them a second chance.

Soon Centenary will house the Anchor Room Coffeehouse. Supported by a Center for Congregational Excellence New Places Grant, the nonprofit coffee shop will serve others with its proceeds and host a Sunday evening worship service.

Outside the church walls, Wilder says much of Centenary’s outreach centers on getting people out of their apartments, which surround the church, and into community with each other. Through Bingo nights, movie screenings, and fellowship and s’mores around a campfire, Centenary wants area residents to know it’s a safe place where the community can gather and be fed, both spiritually and physically.

Centenary’s vision statement is to “be a church of neighbors, committed to serving all people who God has placed in our midst through our caring presence and mindful actions, as demonstrated in the life of Jesus.” Each Sunday during worship, Wilder asks the congregation how they’ve seen this vision in action throughout the week. No matter what’s happened during the week, good or bad, Centenary returns to its vision, week after week.

“Let us truly reignite as people who pray together, who love one another, who support one another, and who identify with those who society won’t value, and that’s not just the LGBTQI community, and be church” Wilder says. “When we do that, all the other stuff will come around. We’ll be true to who we need to be, and we’ll be welcoming to all. Everyone’s gifts will be used, and St. Louis will be changed because of it.”