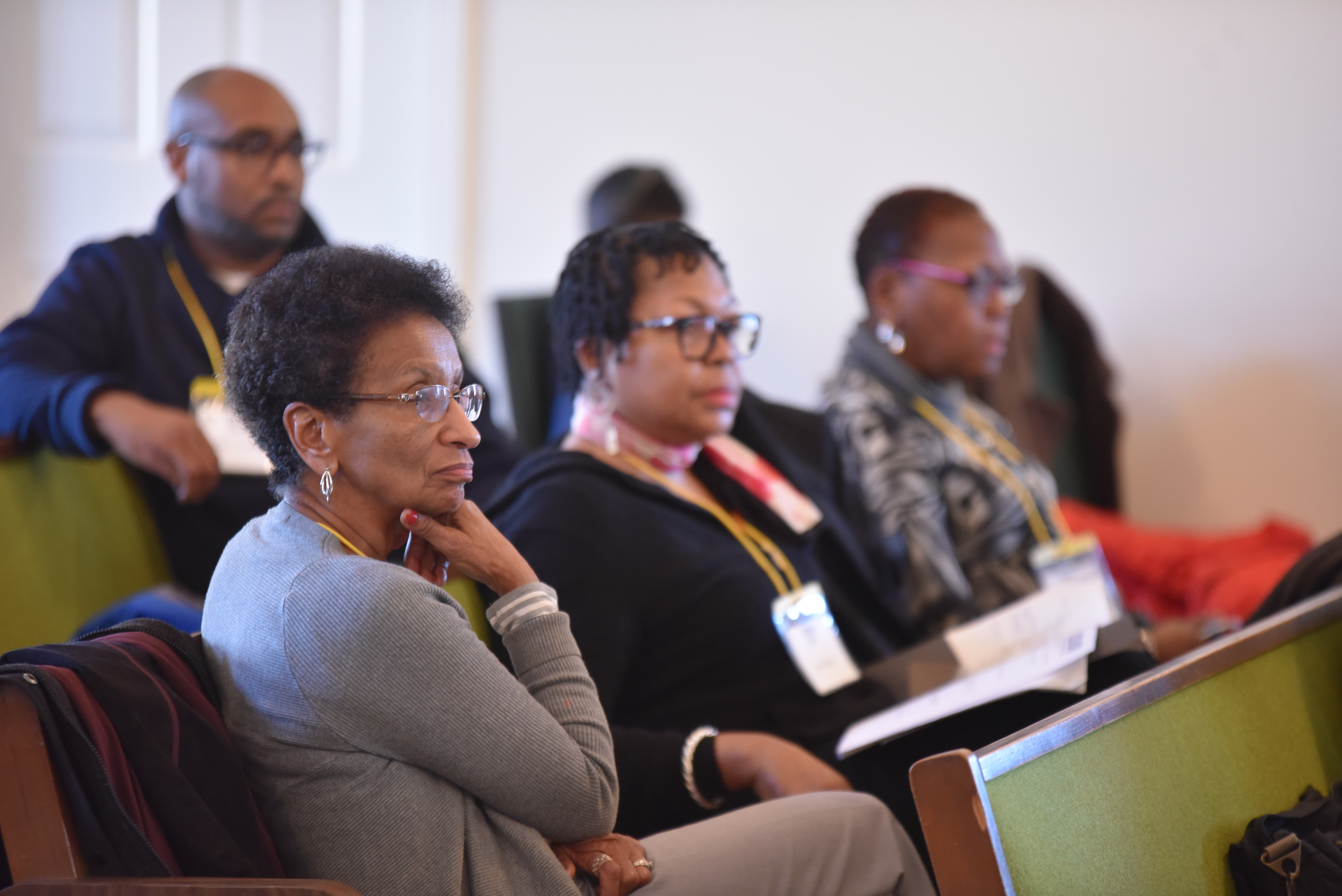 People with a passion for the black church in the Missouri Conference came together in Columbia on December 6-7 to discuss were they are what they need to do to have a vital future.

Rev. Joe Daniels, Jr. was the leader of the learning event, which was held at St. Luke’s UMC. Daniels is the lead pastor of the Emory United Methodist Church in Washington, D.C., where he has helped a once dying congregation become a model for church and community transformation.

Daniels’ mantra, which has also been foundational for his books, is that a church must be REAL: Relevant, Enthusiastic, Authentic and Loving.

“If your worship is not expectant, you need to change your worship culture,” Daniels said. He emphasized that preachers need to preach transformation, and worship needs to model spiritual discipline. The proclamation of the word can be sermon, drama or spoken word. It needs to speak to people where they are, and lift them up. The power in worship depends on the daily worship that occurs after the benediction and happens each day before the next call to worship.

A fan of teaching acronyms, Daniels wants his church members to be FAT: Faithful, Available and Teachable.
“Someone who is FAT has the ability to lead people to something greater than themselves,” he said.

The homework was to establish a plan of action that includes a 90-day plan that addresses three questions:

Leroy Snyder, a member of Wesley UMC in Troy, said he wasn’t sure what to expect out of the weekend, but both he and his pastor, Rev. Henry Brewer, found the event encouraging.

“We’re hoping to bring back some members who have stopped coming, and find new ways to reach out to new people,” Snyder said. “We’ve been losing older people, and are finding it hard to reach young families. The church has got to do something.”

Centennial (Elsberry) pastor Brenda Cockrell has similar concerns. “We’re a small church trying to work on getting out into the community,” she said.

Before the conclusion of the gathering people who are involved in leadership roles in the Conference were given the opportunity to introduce themselves and tell a little bit about the organization they are involved with. In some cases, several people were present who were in the same role, and one acted as a spokesperson.

Rev. Emanuel Cleaver III is the South Central Jurisdictional representative on the Connectional Table. He described the Connectional Table as being the body that connects General Boards and Agencies with Bishops, and works on implementing the actions that are passed at General Conference Session.

Rev. Adrienne Ewell is part of the Pathways II team. It is an intentionally diverse team charge with helping the Missouri Conference move forward after General Conference.

Grace James is part of the Missouri Conference nominations committee and reported that 40 leadership positions need to be filled at Annual Conference this year. She emphasized that the Values Team closely monitors leaders regarding how much diversity is present at the table. People may nominate others or themselves. To make a nomination go to www.moumethodist.org/nominate.

Rev. Michelle McGhee is the chair of the St. Louis caucus of the Black Methodist for Church Renewal. She describes BMCR as an organization that advocates, agitates and helps move the church forward to be a prophetic witness and have an impact on its community.

Yvette Richards encouraged people to attend the upcoming 53rd annual national meeting of the BMCR, which will be in Kansas City on March 4-7. The theme is Our Time Under God is Now! BMCR represents and is dedicated to more than 2,400 Black United Methodist congregations and approximately 500,000 African American members across the denomination. Get more information about the national meeting at www.bmcrumc.org.

Cleaver reminded the group that if you have gifts, you have assignments. If you aren’t using your gifts, the assignments aren’t be fulfilled. If assignments aren’t being fulfilled, the church cannot thrive.
“We need to remember the difference between church membership and discipleship. Membership has it’s privileges. Discipleship has its responsibilities. It’s a cruise ship versus a battleship. People are on a cruise ship to be served. Everyone on a battleship has a role. 21st century consumerism can give congregants a customer mentality, where they want to be provided with what they want.
News