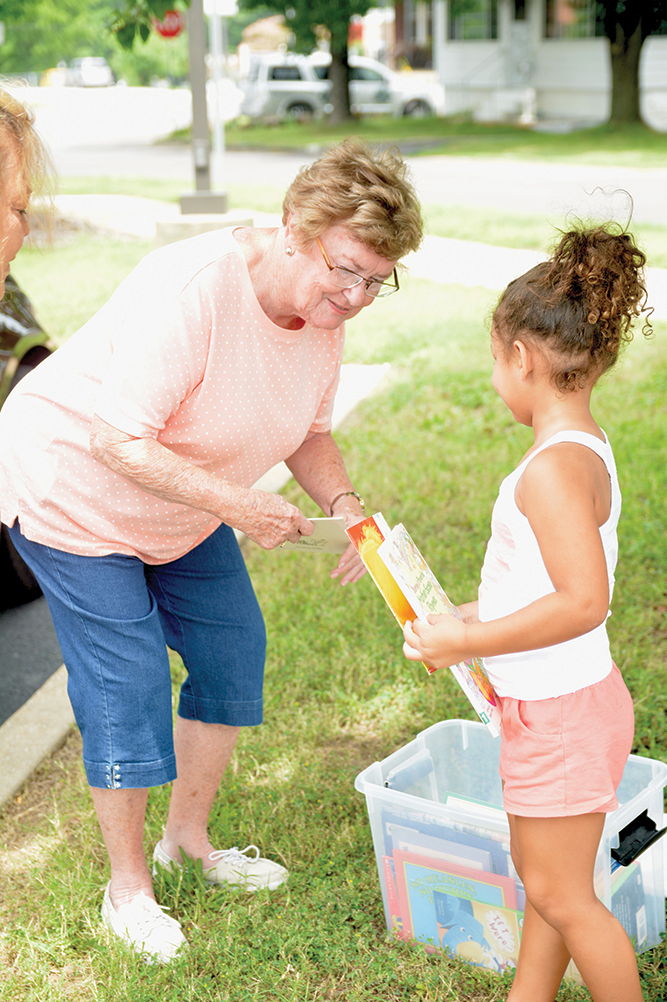 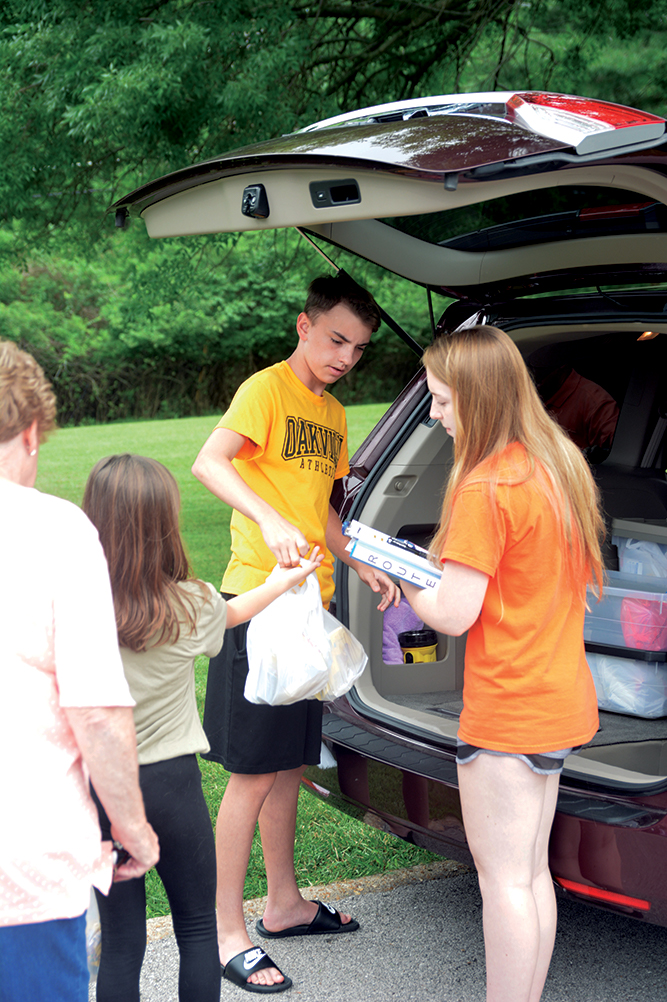 Saint Luke’s United Methodist Church in St. Louis has a long history of doing acts of mercy to help the less fortunate. Often, this was collecting donations of things like books and coats that were then distributed by others, providing a service but leaving a gap between the church and those who they were helping. That gap is being closed.

Several years ago the church went to their local school, nearby Fordor Elementary School, and asked what they could do to be of the most help. The principal said he was worried about children dependent on school lunches not having enough to eat in the summer. The church started working with a school district via a government-funded program to provide free lunches in the park during the summer.

The program was not very popular, because the food had to be eaten there in the park. They found when they prepared sack lunches that could be taken home it was more in line with what people wanted. Now the church has a streamlined system that delivers several thousand meals a summer.

“Almost immediately some of our people were quite reluctant,” Pastor Ann Mowery said, noting that they weren’t sure what it would be like to interact with people in poverty. In a short time some of the most reluctant people soon became champions of the program.

Today sign-up forms are distributed through three elementary schools and one middle school. Packing nights involve about 36 people. There are a total of 108 volunteers currently running the program. An assembly line lunch-packing ministry prepares non-perishable food to be distributed, and can pack 1,000 meals in an hour (2.3 seconds per meal). A program that started out serving 17 children now serves 180 five days a week for 10 weeks in the summer. Last year 8,377 meals were distributed.

Three teams load meals, which are taken to three different stops for a total of nine delivery points. Meals for students with food allergies are color-coded. The delivery team has a sheet with locations, the names of the students and the number of meals to be distributed to each person who is signed-up. They are also given a map with directions to the distribution locations and even pictures of the locations. Delivery drivers are encouraged to stick to schedules so the recipients know when to show up for the deliveries each day.

“Because we have so many different volunteers doing different things we try to have things ready for a new volunteer taking on a role at anytime,” Mowery said.

The number of meals at each distribution point can fluctuate. Sometimes children report to the volunteers that cousins have moved in with them for the summer. The volunteers give them a new form to fill out, and the cousins get added to the list.

Many of the volunteers are members at St. Luke’s. Some are from Concord Trinity UMC, but there are also volunteers from several other community churches, many of which are Catholic.

Saint Luke’s is also engaged with the school in other ways, like bringing refreshments to the staff a few times a year, hosting a back-to-school picnic and donating school supplies. 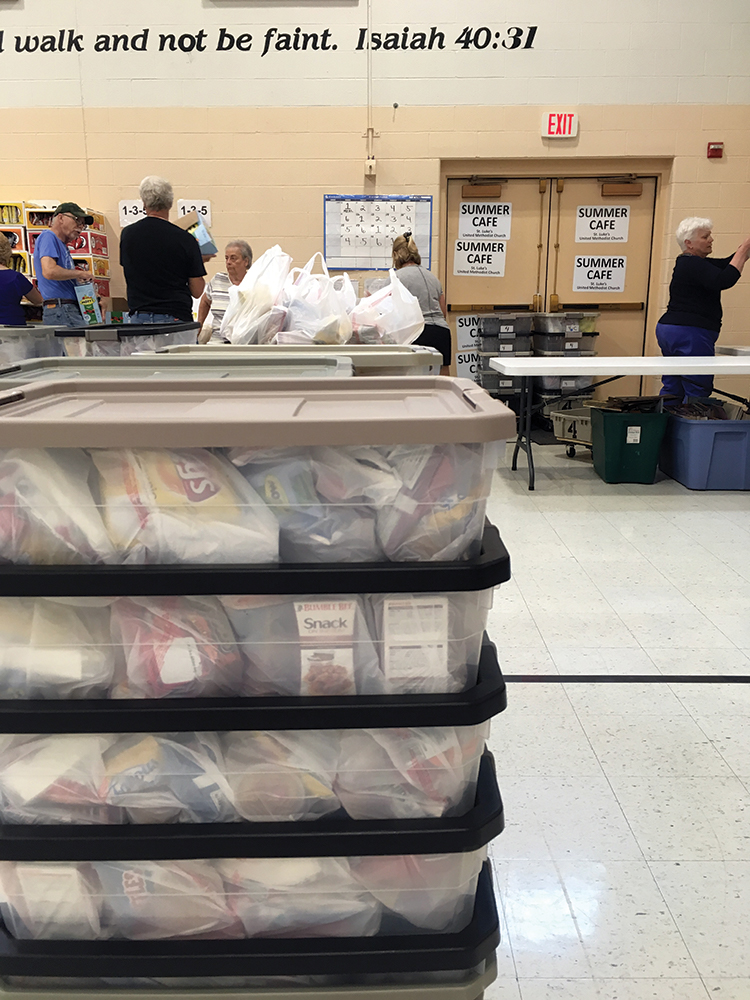 There are 17 languages spoken at the local elementary school. The school told the church that many of the students who have moved to the area from other countries don’t have any English language books at home. Now the church takes out boxes of books to offer the students when they are distributing meals.

Don Mowery recalled that once during a Summer Café meal, a parent told him that she would never let her children go hungry, but because of the lunch program, she was able to save enough on groceries to send one child to Boy Scout camp and let the other take swim lessons.

“I told her that’s great,” Don said. “Some people are having to make hard choices about things that other people don’t even give much thought to.”

Last year a few children who were receiving meals through the program joined the children of the church for summer camp. This year they were back at the camp again and brought a friend. The church had three confirmations and 10 professions of faith last year, all of which stemmed from new relationships formed in the community.