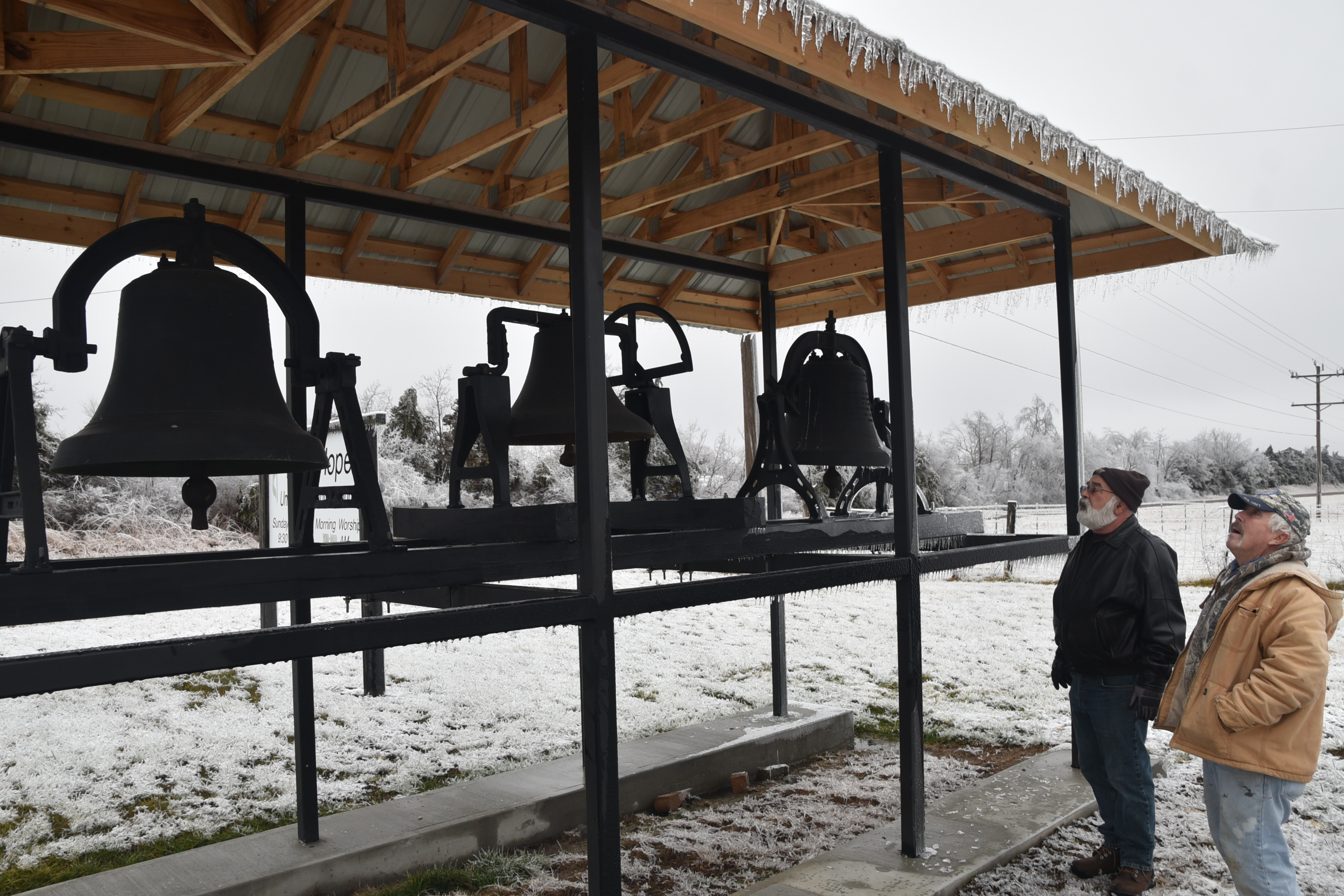 A bell on a stand in front of a church is a familiar scene. The bell had often been in the steeple of a former building and was moved when the church moved to a new location. Three bells, however, is much more unusual. But in the case of New Hope UMC in Owensville, the back story is similar.

The bell project is a way to pay tribute to the former churches and acknowledge that their presence through the years contributed to making New Hope possible.

The large brass bell on the west end of the trio came from the Bland Methodist Church. The Bland church was started in 1863. A cabin was built in 1868. Members of that church started new churches in Leduc and Owensville in 1890 and Woolam in 1891. Giving up members for new church starts did not slow the growth of the church at Bland. It built multiple structures as it grew, the last being a brick building in Bland, for which the bell was purchased.


The center steel bell is from the Methodist church in Canaan. Andrus Ruffner brought the bell to the church with his team and wagon from a church burned in Bay. The Canaan church was built in 1906, initially using split logs for pews.

The brass bell on the east end is from the Owensville Zion Methodist Church. The church was built in 1889, but the steeple was added in 1904, and then the bell. The bell has an inscription that reads, “Presented by the Ladies Aid Society to the M.E. Church, Owensville, Mo., July 4, 1905. God Be with Us.” The bell was pulled from the steeple in 1988 and stored because the steeple at New Hope UMC was not built to accommodate a bell. 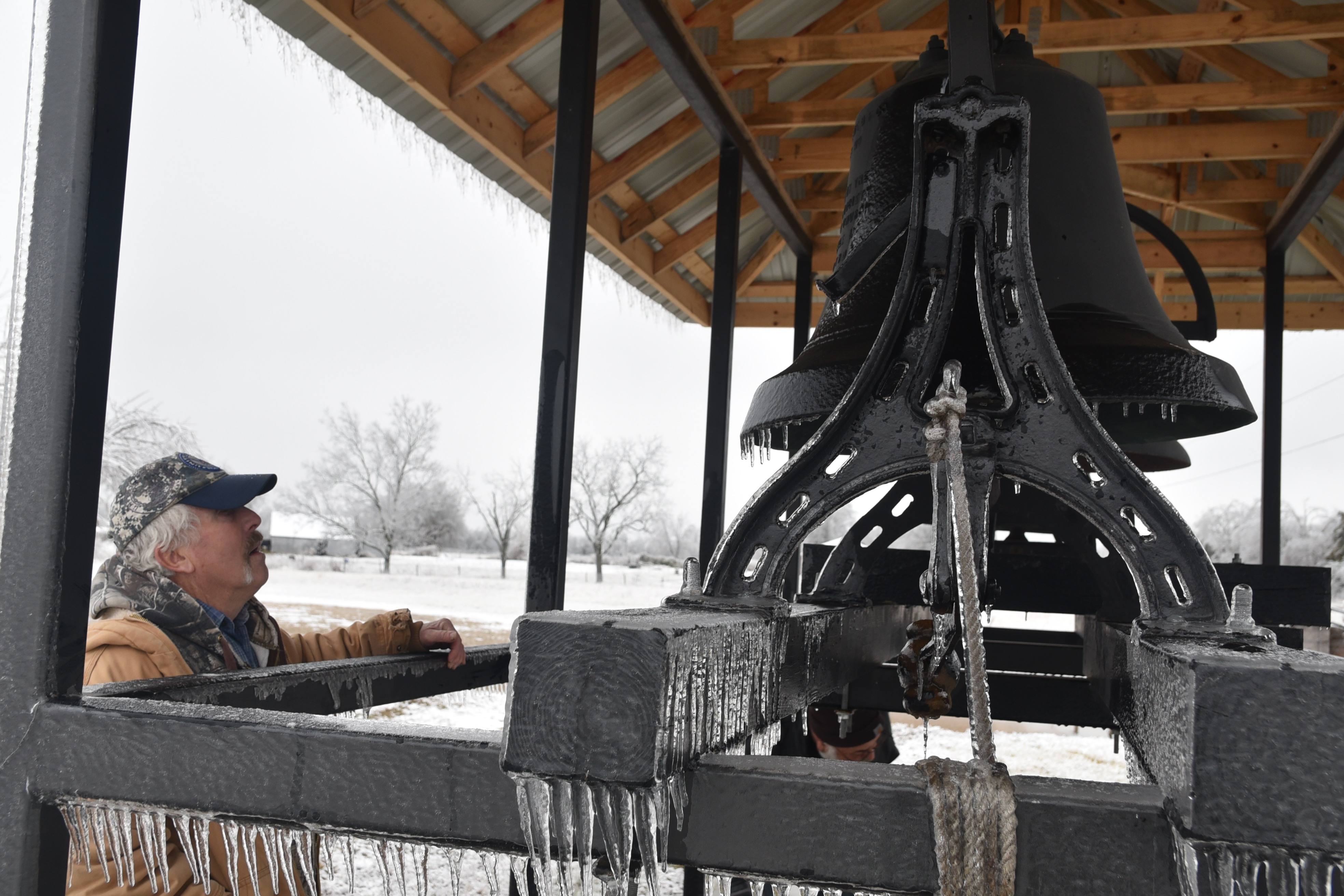 Canaan merged with Zion (Owesnville) to form New Hope in 1991. Bland closed in 1999. All three bells had been stored in the basement of New Hope UMC in anticipation of the project. One of the people behind the bell project, Mike Kocinski, moved to Owensville in the 1970s. He was a Catholic, and his wife was a Baptist. As in many mixed marriages, they found a home in the Methodist church. It helped that they were acquainted with Doris and Jim Dace, who encouraged them to give the Methodist church in Owensville a try.

Kocinski is confident in the structure that holds the bells now, saying it was engineered to handle more than necessary, with heavy-gauge steel set deep in concrete. “It’s plenty strong enough,” he said.

Moving the bells and installing them is no small project, even with modern equipment.

“I had a pretty good-sized tractor, and you could tell I had a hold of something,” said New Hope member Bruce Michaels. He was also involved with the bell removal from the steeples, which used a crane. But he knows a crane wasn’t used when the bells were installed over 100 years ago.

“For the life of me, I don’t understand how they did it.”

This spring, the church is planning on adding bricks to the structure and dated cornerstones from the previous churches and lighting.