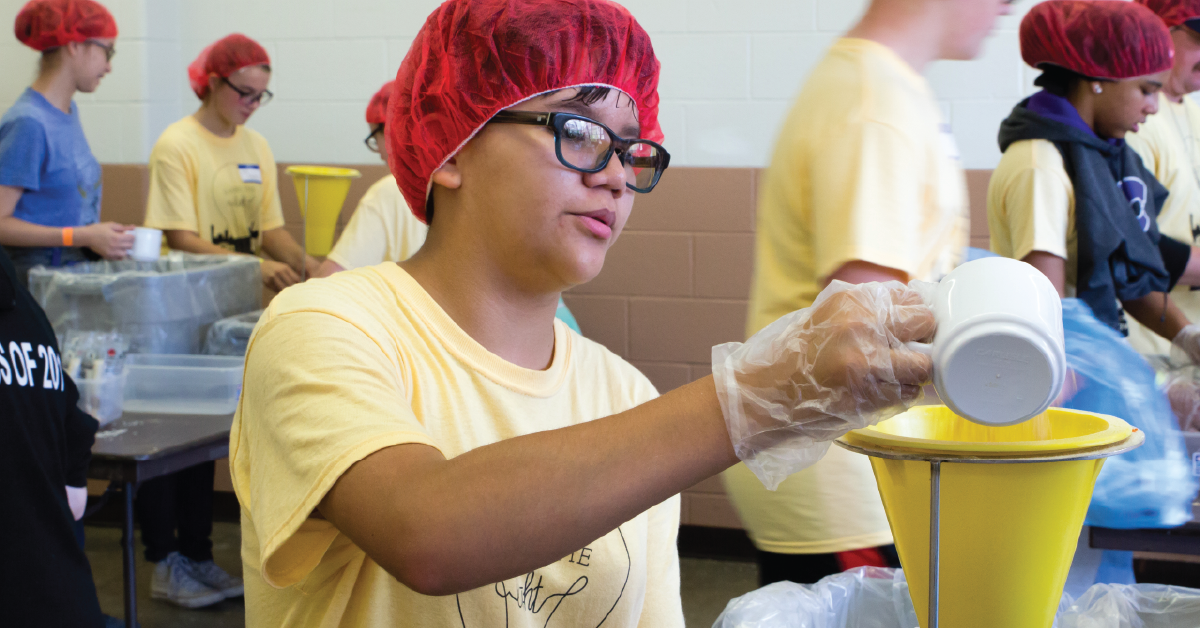 For 35 years, the Festival of Sharing has been a tradition of churches coming together to provide for people in need. That tradition has been upheld with a statewide gathering at the Missouri State Fairgrounds on the third Saturday in October, as it will be this year. But moving forward, the Festival board will be doing things differently in 2018 to make the process more efficient, and help the churches connect more directly with their local charitable agencies.

When Rev. Angela Olsen started as the Festival of Sharing director in 2014, changing the Festival to more of a regional rather than statewide event was already on the horizon. “We would often receive phone calls from churches asking if the things they were donating would go back to their local areas,” Olsen said. “Some churches had started supporting local food pantries and homeless shelters rather than making the trip to Sedalia.” Olsen said an agency from Kansas City may come to the Festival of Sharing to get supplies, a church from Kansas City come to make donations at the Festival, and the two may never meet.

“It is our hope that by going to a more regional event, it will help develop profound partnerships with agencies,” she said.

Rev. Mel West, best known for his work with the PET Mobility project, was a founder of the Festival of Sharing when it started in Columbia at the Trowbridge Livestock Arena and was known at the Bishop’s Convocation.

“My wife, Barbara, and I have been extremely pleased by the continuation of Festival of Sharing through the years. It is a great honor to start a ministry that continues to help the kingdom,” he said. “I fully trust the leadership that is in place to do what is best for the future of the Festival.”

West looks forward to innovative ideas coming together as planning commences for regional Festival of Sharing events in 2018.

“There is something to be said for a big event and the excitement and energy that it creates. I hope the nature of that isn’t abandoned,” West said.

Like every year, West will be at the Festival of Sharing in Sedalia this year.

“Some of my dearest friends have come from the Festival,” he said.

Norma Klemme of Union is the Festival of Sharing representative for the United Church of Christ. She has been involved from the beginning.

“When Mel West and Joe Trower started the Bishops Convocation we knew it was a wonderful thing, and were so excited when the Methodists invited others to join in,” she said. “It’s been a wonderful journey.”

Klemme said a youth from her church told her that the Festival was the best thing that he had ever been to.

“They are having a good time and are doing good stuff at the same time,” Klemme said.

Klemme recognizes that the majority of churches at the Festival of Sharing are United Methodist, but she’s also proud of the role the United Church of Christ has played through the years. For several years the UCC church in Sedalia provided Saturday morning breakfast. Many UCC churches prepare kits for the ingathering. The UCC has at times had the highest selling quilt on the quilt auction. Klemme has both donated quilts to the auction and purchased quilts.

Klemme said she is in favor of going to regional events and hopes more local churches embrace the concept and get involved.

“The idea of being more efficient is good. I hope it doesn’t diminish the overall spirit of the event,” Klemme said. 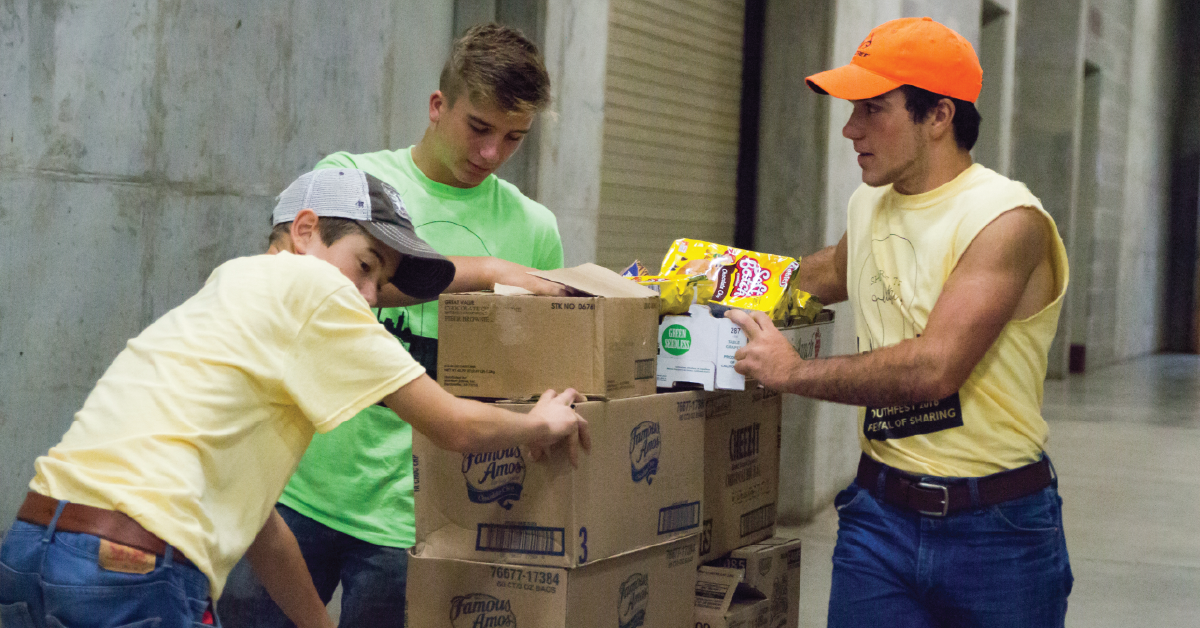 Having regional events instead of one statewide gathering isn’t a new idea. It has already been happening at Cameron, Ferguson and Dexter with regional ShareFest events. Mary Ann Taylor has been involved in the ShareFest at Dexter for nearly 20 years.

“We thought it was crazy to spend the time and gas money to haul stuff all the way up to Sedalia only to have it hauled right back to our community by the receiving agencies,” Taylor said. “We cut out the middle man, so to speak.”

Taylor is a member of the Catholic church. The Dexter ingathering involves multiple churches, including the Christian Church and the Church of the Nazarene. It is held at the United Methodist Church in Dexter.

A steady 20–25 agencies in the area receive items from the ShareFest, with a few added or dropped each year. The youth at the Dexter ShareFest help sack grain and load vehicles. This year there will be an optional field trip for them to a local food pantry and thrift store.

While regional ShareFests have been using churches for the events, conducting the statewide Festival of Sharing required leasing a large facility. It cost about $20,000 per year to rent the facilities at the State Fairgrounds in Sedalia to host the Festival. After years of discussion, the final decision to move away from a statewide event was made at the spring 2017 Festival of Sharing ecumenical board meeting. The vote was unanimous.

Sidney Owens came into the position of Festival of Sharing coordinator this summer when planning for this year’s Festival was already well underway, and the decision to shift a more regional model had already been made.

“I see this as a chance to get more people involved in the Festival, and for churches to make a more direct connection to their communities,” Owens said.

This year’s Festival is very similar to year’s past. Youth gather on Friday night for YouthFest, then help on Saturday with the ingathering. But this year in addition to sacking rice and beans, bagging potatoes and packing kits, one of the rotations for the youth will be a time of centering.

“We’re trying to instill a time of discussion, and make sure the youth understand the mission and vision of the Festival and will be able to carry this forward as regional events are planned next year,” Owens said.

People who are passionately called to establish a Festival of Sharing in their region are encouraged to contact Owens at sowens@moumethodist.org. It doesn’t have to be one church leading the way. Churches are encourage to work together, and split up the responsibilities of working with local agencies, organizing the youth events and hosting the ShareFest.

“It is a big thing, but if the work is spread out from the beginning it is manageable,” Owens said. “This is a new opportunity for people to recognize need in their own communities and be part of the solution.”