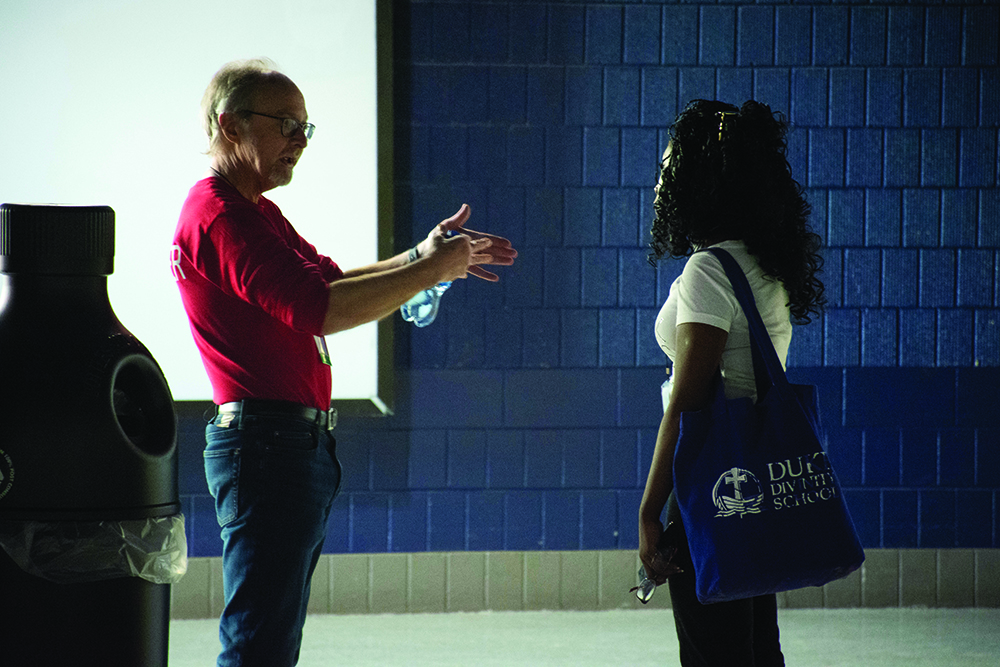 Rev. Len Delony had cancer at age 13. In a few months’ time he lost half of his body weight, dropping from 150 pounds to 75. In this emaciated state he couldn’t go to school, or practically anywhere else besides doctor and hospital visits. But he still could go out to the backyard. It was there, in nature, that he had a spiritual awakening.

“A found there is a wholeness in the present moment, in what’s going on around us,” Delony said.

Delony now knows that experience is described as mindfulness. He was a prayer volunteer in the spiritual direction section of the prayer area of General Conference. He describes prayer for spiritual direction as being primarily about listening, being open to grace and trusting in the conversation. Many spiritual traditions would describe this mindfulness as the practice of discernment.

“You can gain a sense of peace that passes all understanding when you are able to trust that God is working in all things for good,” Delony said.

Delony knows that some may call him naïve, but his belief in prayer gave him optimism about this special session.

“I’m hopeful that this gathering will bring wholeness, not only to the United Methodist Church, but to the country and to the world,” he said before the session started. “It is my hope that this gathering will lead us all prophetically.”
Delony is an elder at First United Methodist Church in Dallas, Texas, and works in hospice care. He said it is easy to tell ourselves the world is in chaos and live in despair, or become obsessed in a flurry of activity of how can we fix it, and people can get stuck in both extremes.

“In the way of faith, we reside in the space that God is working on things all the time, and we consider how we can respond to God’s call,” Delony said.