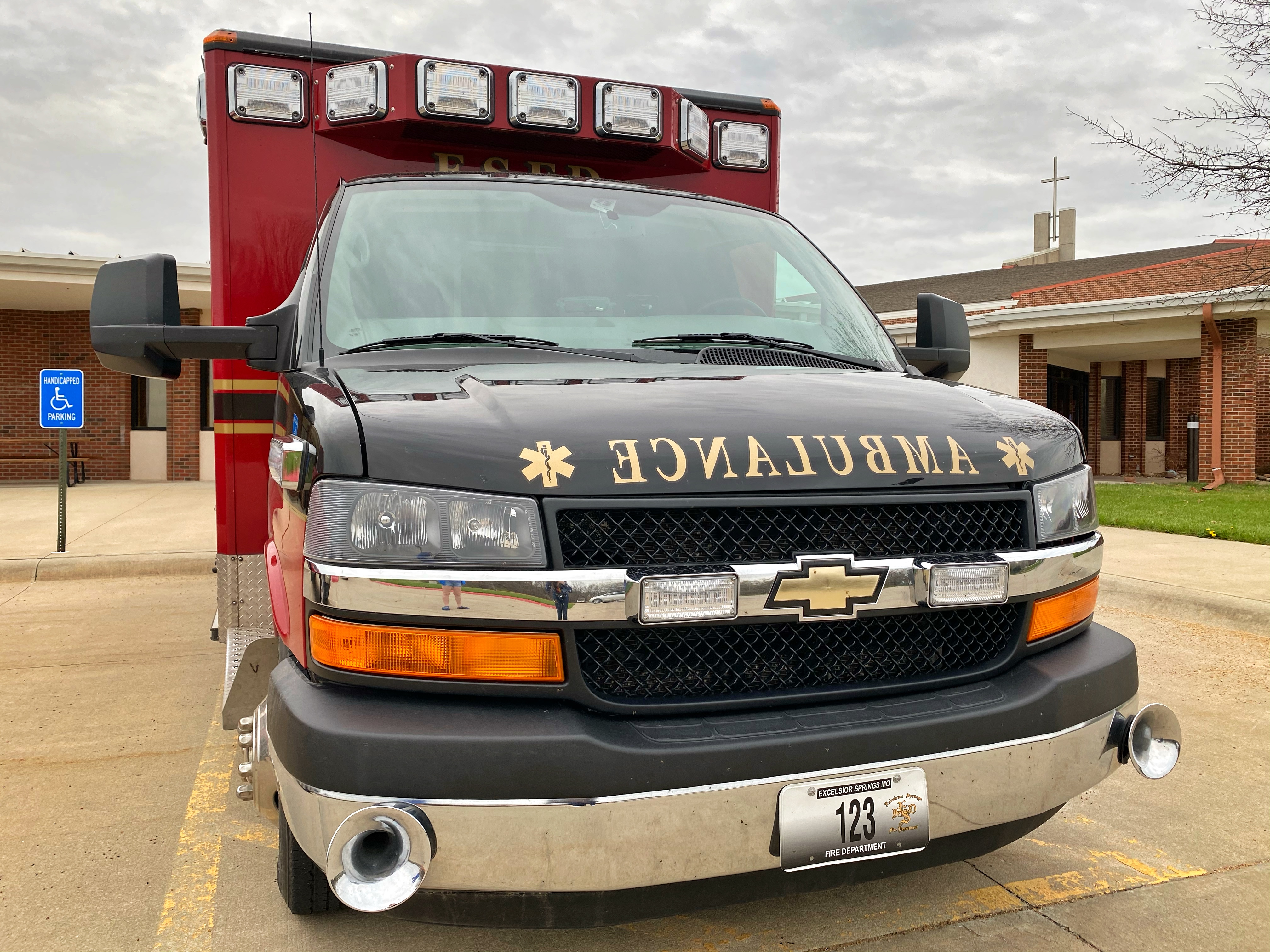 Sure, some people can work from home. But if your house is on fire, you don’t want the local fire chief to schedule a conference call with you on Zoom.

On the other hand, if you’re trying to keep a team of firefighters and ambulance crew healthy, do you really want them living in very close quarters during a pandemic? They need some room to spread out. How about that church building no one seems to be using it nowadays?

That was the situation in Excelsior Springs. Two members of the ambulance crew moved into the church on March 30. They rotate in and out with two other members on 12-hour shifts.

The entire crew is split between the fire station, the community center and the church. The church was very suitable because it has a kitchen, showers and laundry facilities, and crews are required to launder their uniforms after each call. A fire-door that separates their end of the building from the offices and main sanctuary is closed so they don’t have to worry about interrupting any online streaming that may be occurring in the sanctuary.

“We gave them a key and told them they could have it until we can come back together,” said Rev. Laura Blevins. “It’s actually nice for us

because rather than worrying about having an empty building, we now have someone there 24-hours a day.”
The church would have liked to have officially welcomed the ambulance crew and maybe given them some home-made dinners, but distancing guidelines prevented it. They did share their supply of locally roasted coffee that they had purchased right before the pandemic hit.

“They were excited to get the good coffee,” Blevins said.

The church already had a good relationship with the fire station, dropping off food there when they had leftovers from an event.
“Being hospitable is just part of who we are,” Blevins said.

Blevins particularly was excited about being able to do something for the ambulance crew. Last fall her youngest child had croup and was having trouble breathing. She called 911 and the ambulance was there in two minutes and had them on their way to the hospital in under five minutes.

“It was a scary time and was the beginning of me getting to know these guys and better understand what they do,” Blevins said.

She said amid the pandemic it's easy to become self-focused as a pastor, worrying about all the things that must be done to move to online worship and keep the congregation connected while distancing. It was good to consider the challenges faced by the fire station, and then think about how everyone is having to find creative ways to adapt.

“Everybody has to be in this together,” she said. “It’s wonderful our church can give back even though we’re not in the building.”