Robin Shepard to be next Conference Disaster Relief Coordinator 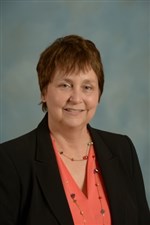 The Missouri Annual Conference announced that Robin Shepard has been selected as the next Conference Disaster Relief Coordinator. She begins her work this week.

Robin grew up in St. Louis, and was trained as a chemical engineer with over 20 years’ experience in engineering education, community development, sustainable design, construction safety, chemical process safety, and public health. She has served as an Adjunct Professor at Washington University in St. Louis since 1996, where she is also the Faculty Advisor for the student chapter of Engineers Without Borders (EWB).

A member of Church of the Shepherd (COS) in St. Charles for over 25 years, Robin is active in adult and youth missions, Early Response Team, and sings in the COS Praise Band. She has lead mission teams to Joplin, Marshfield and more recently participated in hurricane Harvey early response. She is also qualified to train Early Responders for the United Methodist Church. Robin earned the Robert and Martha Marble Mission Award from the Missouri Annual Conference in 2013.

Robin is an avid traveler, making many trips to Ethiopia for EWB, Dignity Period, and with USAid for drought relief as well as to Haiti and Ghana for multiple aid projects. She and her husband Kevin reside in St. Peters with their two sons, Joshua, (19), and Jake, (21). Their oldest son, Alex (29) and his wife Nancy also live in St. Peters.

In the near future you will be able to reach her at rshepard@moumethodist.org.