Resolution to Reduce Districts to Come Before Conference Session in June

The Missouri Conference Mission Council has voted unanimously to recommend that the Missouri Conference reduce the number of districts from nine to five beginning July 1, 2022. A proposal will be brought to annual conference, June 12-13, in Springfield, for consideration by clergy and lay voting members.

In May 2020 as part of an episcopal address, Bishop Bob Farr shared his desire to reduce the financial burden on the local church so that more money for mission and ministry remained with local churches. The Bishop, along with Conference leadership, felt that the Conference needed to right-size due to declining trends in The United Methodist Church and the continued strain and division related to disagreements on human sexuality.

“Realigning districts and staffing has the potential to reduce a significant amount from the Conference budget in the coming years,” Bishop Farr said. “It also better positions the Conference structure as a new reality sets in post-pandemic and once the General Conference decides the disaffiliation process and protocol from The United Methodist Church.”

The Missouri Conference last re-drew district lines in 2014. At that time there were almost 800 churches in the Missouri Conference, and the number of districts was decreased from 12 to nine. Currently there are about 700 churches, with an average of 16 churches choosing to close per year since 2014. Prior to the pandemic, 35% or 250 United Methodist churches in Missouri worship 25 or less, making them vulnerable to closure. Conference leaders familiar with ongoing denominational conversations around possible separation over human sexuality shared concerns that if an easy exit is adopted by the General Conference, some churches may choose to leave the denomination. For these reasons, Conference leadership agreed it was time to consider reducing the number of districts. 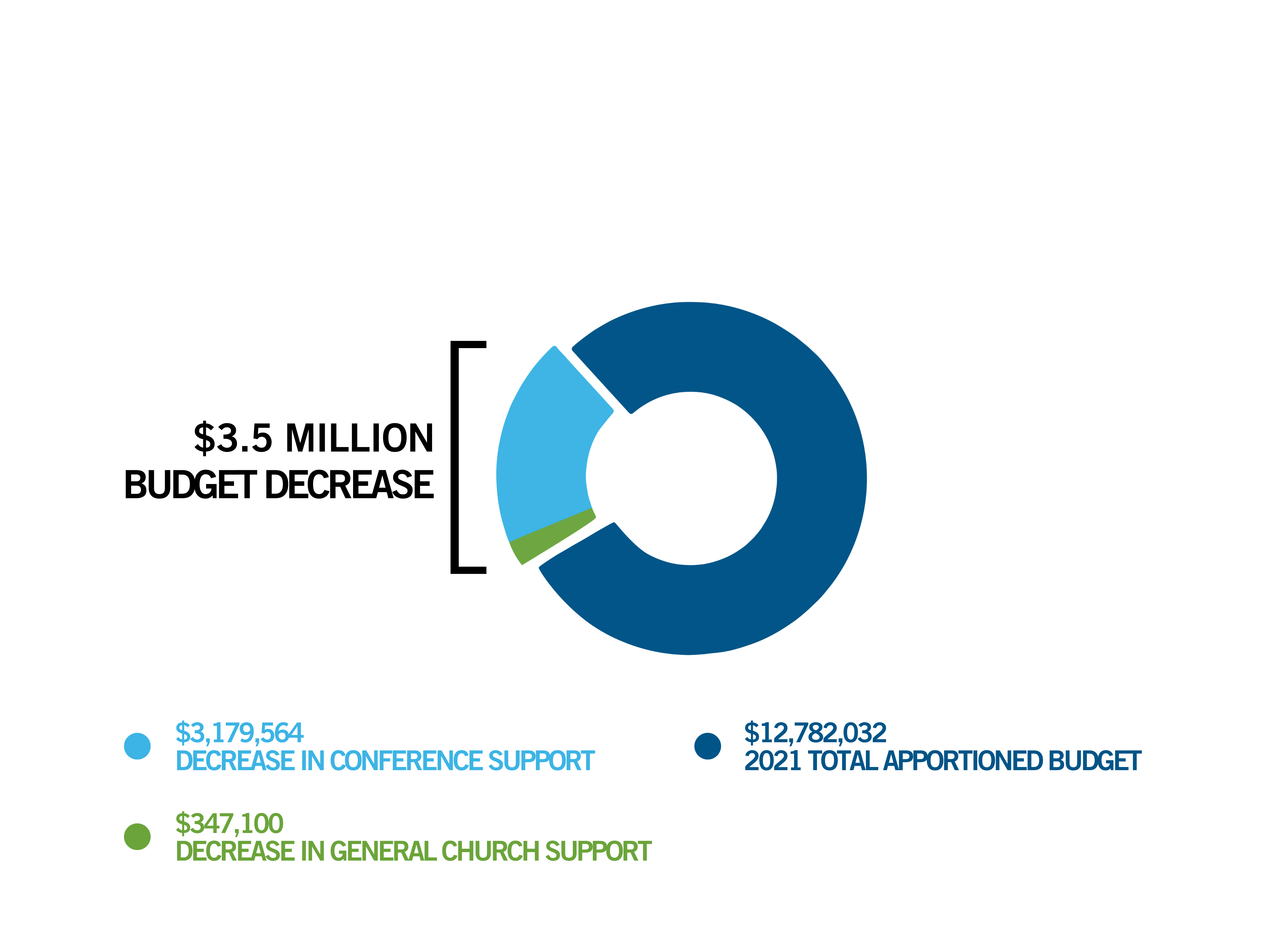 “The Conference’s ultimate goal over the course of the next four years is to reduce the apportioned ask from local churches so that their financial commitment comes close to ten percent of their annual expenses,” said Rev. Nate Berneking, Director of Finance and Administrative Ministries.

In past redistricting efforts, lines have been drawn so that each district had “enough” large churches to fund that district’s budget. 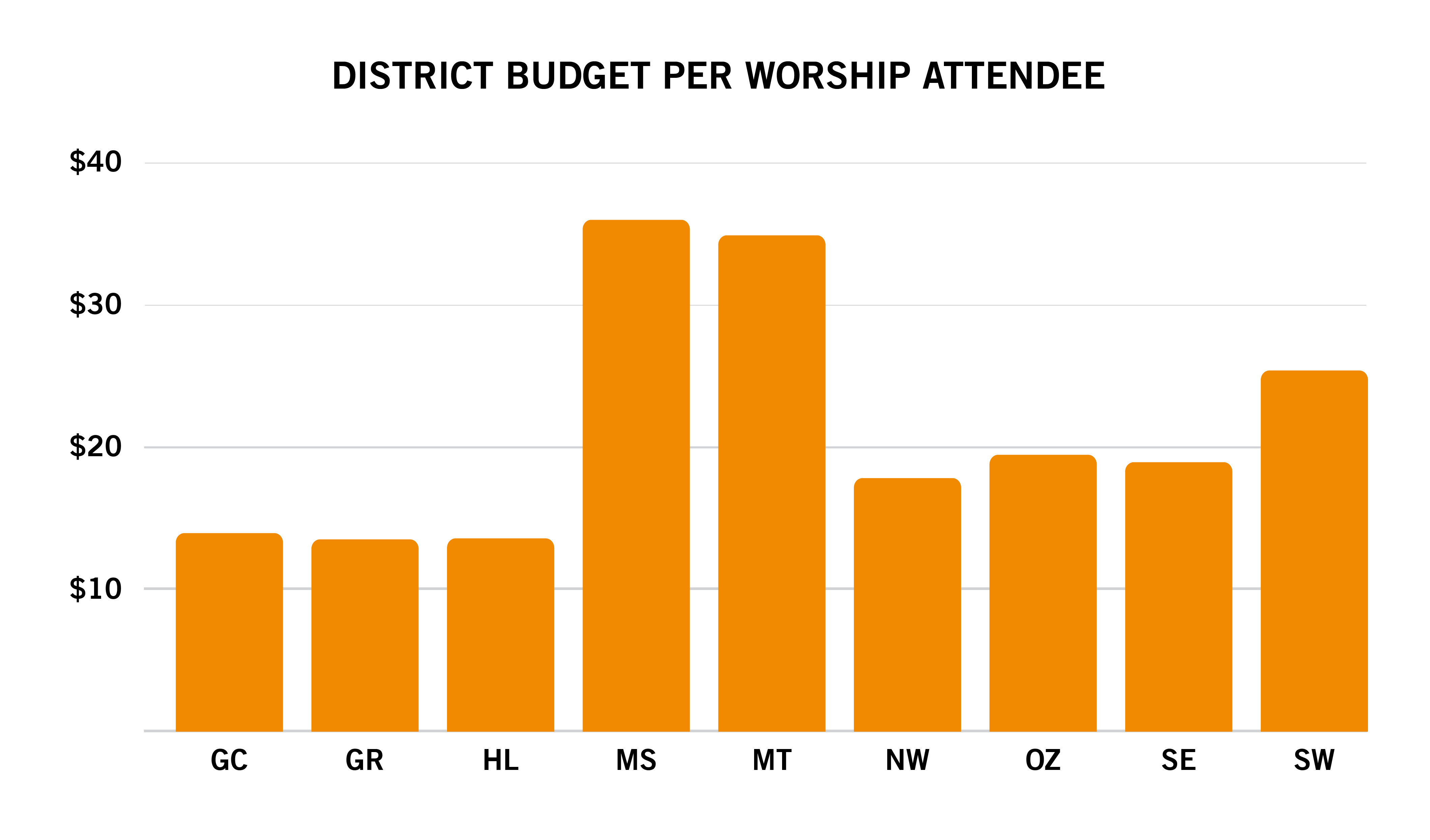 The resolution proposes that the Annual Conference direct the Conference Council on Finance & Administration (CFA) to include DISTRICT MINISTRIES as part of the 2023 Conference budget.

Without district funding being a concern and understanding the declining number of churches in the Conference, the resolution also proposes the Missouri Conference move to five districts on July 1, 2022, with an exception being made for the Conference and District United Methodist Women to align their ministry to the new five districts in January 2023.

These two parts of the resolution: to end the two-tier apportionment system, combined with the reduction in the number of districts, would result in a cost savings of over $850,000 in apportioned funds. Conference leaders expect that savings to leave more money in the local church for ministry and mission. 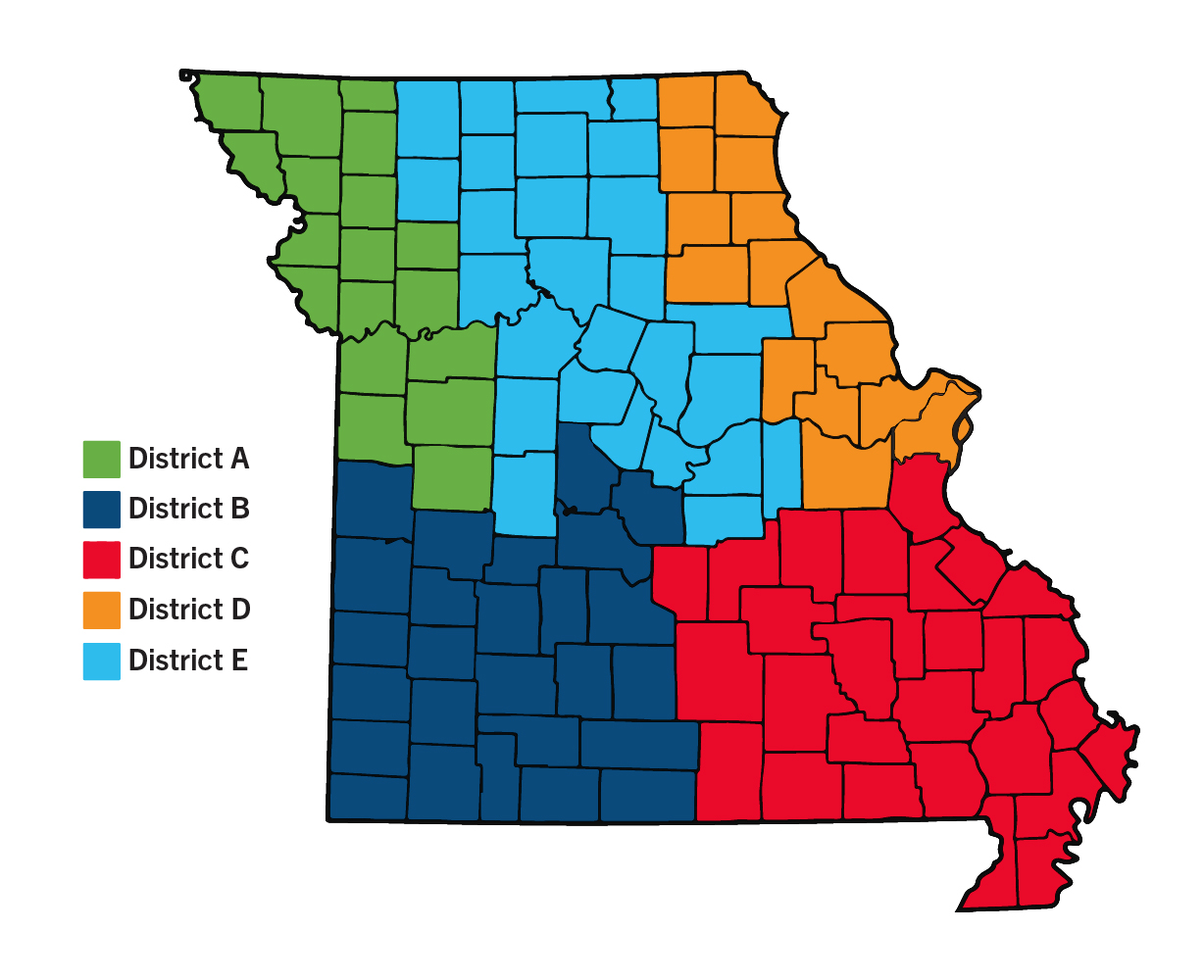 Finally, the task force addressed the assets that have accumulated at the district level because districts have been solely responsible for staffing, officing, programming and (until recently) parsonages (or housing allowances) for district superintendents. Some of these assets have come from special fund drives for projects such as church extension or Hispanic ministries. Some assets have come through the sale of property or the sale of closed churches. Some assets have come through designated gifts or the underspending of apportioned budgets.

In the move from nine districts to five, district assets will be shuffled. As well, since districts will no longer be fully financially responsible for funding their operation by January 2023 (when district ministry is included in the Conference budget) the task force felt there could be some directed slow spending of assets. The resolution moving forward asks the Conference Council on Finance & Administration (CFA) to work with districts to assign assets appropriately to the new five districts.

“The Missouri Conference, now more than ever, is committed to the local church,” Bishop Farr said. “Our Conference wants to ensure the health of local churches so that there is a vital church in every community in Missouri.”

Conference leaders believe these three decisions are financially wise. The decisions ahead of the Annual Conference leave more money in the local mission field by reducing apportionments and offers the opportunity to strengthen rural districts. Ultimately, the goal of the proposal is to empower strong mission and ministry by local churches so that together, we might be outwardly focused and spiritually centered Christ followers.