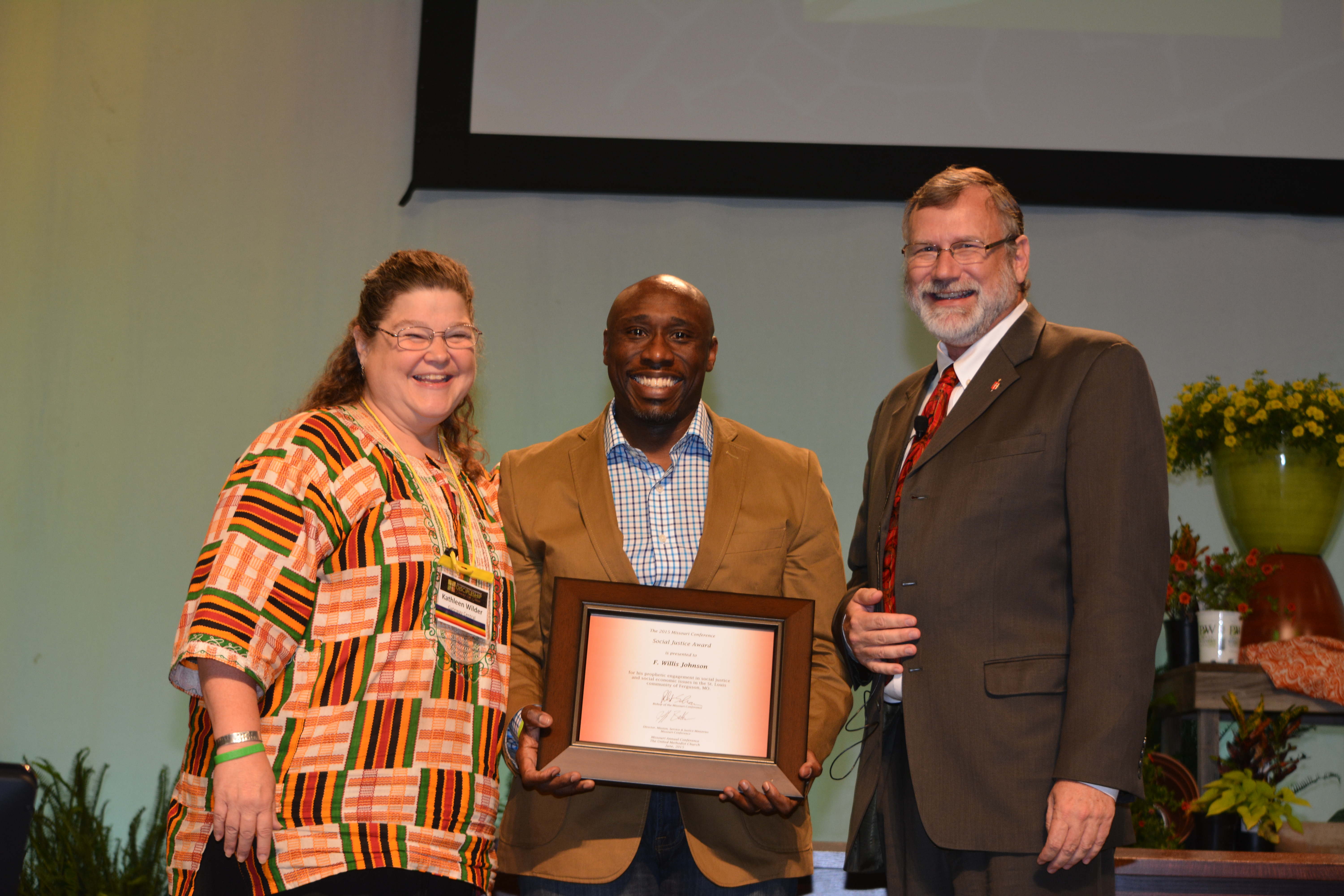 Kathleen Wilder, chair of the Social Justice Team presented Willis Johnson with the Missouri Conference Social Justice Award, in recognition of Johnson’s work, both in St. Louis and nationally, to help churches, government officials and police understand the complexities of reconciliation in these troubled communities. He met with faith leaders and led local, regional and national conversations on justice and inequality.

During the days immediately after the uprising in Ferguson, the church provided a healthy place for children to play when their own schools were closed.

“Thousands have been influenced by Rev. Johnson’s reflections and his role as an advocate for racial reconciliation and justice. Most recently, the City of Baltimore requested his help after demonstrations and violence occurred after a black man was killed in a police van after he was needlessly arrested. “His work extends beyond our local conference,” Wilder said.