For Raytown: Campus of Woods Chapel has New Beginning 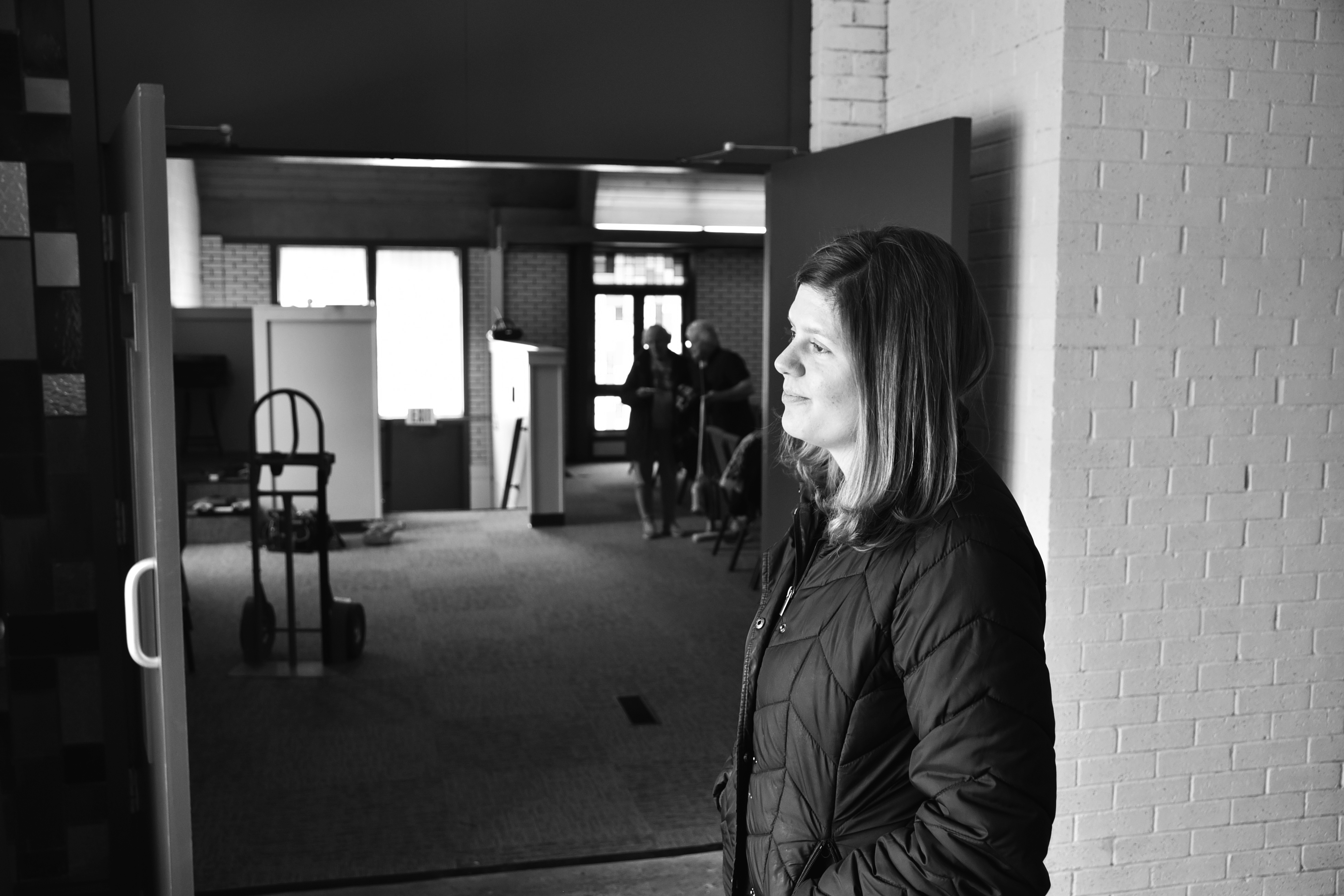 On March 3 Raytown Chapel is going to launch as a new United Methodist Church. It’s a campus of Woods Chapel UMC in Lee’s Summit and is making a fresh start as a new church focused on community engagement.

“We’ve learned how to do this kind of thing more effectively,” Miller said. “It’s important to have a dormant period to allow for a resurrection to occur.”

The last worship service of Woods Chapel in Raytown was held Memorial Day weekend in 2018. Since then the church has been undergoing a transformation project, both in its physical structure and in its approach to ministry.

Although the church was averaging about 40 in worship when it closed last year, it was also hosting a weekly meal on Wednesday that averaged 150. That told Miller something wasn’t in sync. “The attendance at the meal told us there was a lot of ministry opportunity in the area, but the people coming to the meals were not connected to worship,” Miller said.

Many of the people at the meal were economically disadvantaged young families. Many of the people in worship were retired, long-standing church members. The two groups did not seem to relate to each other well. This led Miller to ask some ministry-focused questions as the Woods Chapel team considered how to move forward with things like the community meal. 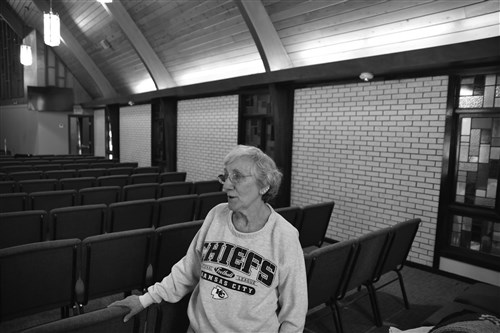 “How can we incorporate spiritual development with the meal?” Miller asked. “How is the meal helping us live into our mission of connecting people with Jesus?”

Raytown UMC will have a new pastor at the helm. She is has Raytown roots but has had a range of experience in other places both near and far.

Rev. Angie McNeil grew up in Raytown until age 10. She then moved to Ecuador, her father’s home country, for four years. She went to high school in Michigan and moved back to Missouri to attend the University of Missouri-Kansas City, initially living with her grandparents in Raytown.

McNeil earned degrees in communications and history at the University of Missouri – Kansas City, writing her senior thesis for her history degree about the school district in Raytown. After graduation she decided to live in Egypt because she was considering seeking a governmental job and wanted more international experience. One evening while watching the sunset over the Sahara and hearing the calls to prayer from the mosques, she felt a longing for and closeness to God that she hadn’t experienced before.

The pastor at Saint Paul UMC in Independence at the time was Rev. Patrick Moore. When McNeil’s grandparents told Moore about McNeil living in Egypt he emailed her about his experiences there. When she returned to Missouri she went to Saint Paul UMC. Moore preached a sermon based on Romans 8 and how God loves people despite their past.

“He was preaching about a larger version of God than what I had held before, and it was very meaningful to me,” McNeil said.

She started working at Saint Paul UMC as an administrative assistant and led a Vacation Bible School. McNeil didn’t realize that women served as pastors until she was encouraged to consider her call to ministry by Rev. Stephanie Moore.

McNeil has now been a Christian for eight years. She started seminary at age 33 and has been recommended for ordination at annual conference this June. She was married August 4, 2012, and started seminary a month later. Her daughter just turned four years old. 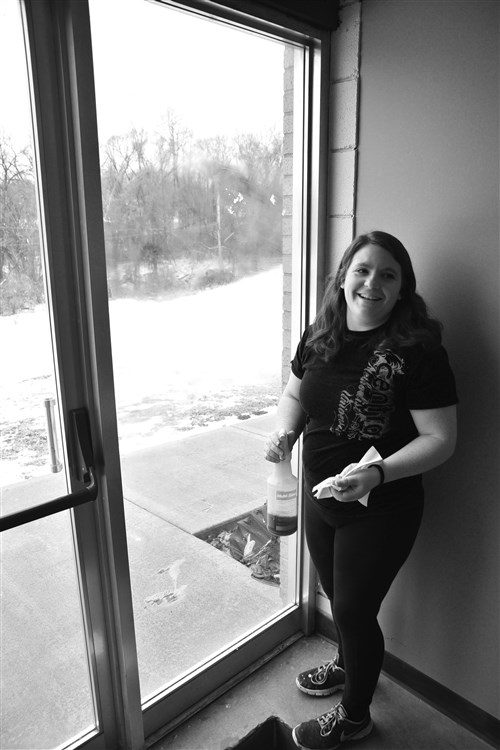 In the past few years McNeil has worked with Church of the Resurrection in Leawood, Kansas, and with The Summit (UMC) in Lee’s Summit. She had been working with small groups at Woods Chapel UMC before being asked to be the campus pastor for Raytown.

“I know this isn’t how our appointment system works, but I feel called to this particular church,” McNeil said.

Even before McNeil had been asked to be pastor for the relaunch, she had told the lay speaker who was preaching at the Raytown campus that she would fill in and preach there anytime. The idea of Raytown later being a new church start, or her being the pastor responsible for it, had never crossed her mind.

“I had never considered being a church planter, but I came back from the (Missouri Conference) New Places for New People retreat on fire,” McNeil said.

Miller wanted to give the Raytown campus the love it needed to grow. Woods Chapel is investing about $100,000 into the renovation. The restoration project on the building took care to preserve some of the interesting architectural elements from the church’s original design.

“The church had the same look and feel as a church I served in Bonne Terre,” Miller said.

Change is difficult, and it doesn’t necessarily get any easier when you are taking a second shot at it. Miller is impressed with how people at Woods Chapel and Raytown are willing to invest in the campus to bring more people to Christ.

“The majority of the people here understand what it means to move from ‘I want to grow my church’ to ‘I want to multiply the God’s kingdom’,” she said.

As soon as McNeil was appointed to the Raytown relaunch (the church was already closed), she started engaging the community. It is a full-time ministry to launch a church.

The church now has its own administrative assistant, children’s ministry person and worship leader. These are all part-time positions of a few hours per week but does mean that someone is focused on these areas.

There are 28 people on the launch team, including five young families with a dozen children. There are also recent retirees and empty nesters who are willing to give of their new-found free time. Some want to stretch themselves by starting something new. About 10 are from Raytown. Some are there because they believe in the project.

Frank Stone was relatively new to Woods Chapel when he learned of the new launch.

“My wife and I felt led to it,” Stone said. “I was a long-time member at a small church and understand the challenges small churches can have. We really believe in the mission of bringing people to Christ, and that’s what this church is trying to do in a very active way.”

The Stones had been really enjoying the worship services at Woods Chapel, so breaking away to start something new didn’t come easy.

“It is difficult to leave, but it is a good challenge for us,” he said.

The church had a soft launch on February 10 in which they talked about goal setting and vision casting. They then talked about the General Conference process prior to having their launch service on March 3.

The church is launching out of Revelation 21, starting something new. As it moves into Lent it will catch up with the sermon series of the other two campuses.

The mission and vision of Woods Chapel is a constant across the three-campus church. Mission work is more contextual for each campus.

When it comes to worship, all of the preaching pastors participate in a weekly sermon planning meeting in which they come to an agreement on an outline of the message of the sermon, it’s scriptural relevance, what they expect congregants to get from the message and the call to action. The pastors can then use their own stories and illustrations to contextualize the sermon for her or his congregation.

Central services, like managing financial matters, marketing and communications, all comes out of the main Woods Chapel campus.

“No book tells you how to do this. It’s all trial and error,” Miller said. “It’s exciting, but it gives you a headache.”

Miller does look to others for best practices. This past winter Miller was part of a learning cohort with Ken Nash. “Our sermon collaboration method came directly from Ken Nash,” Miller said.

Preceding the launch of Raytown Chapel there has been a lot of social media marketing, some direct mail and a big sign on the church. McNeil has met most of the new people at the church through the Raytown Unleashed Facebook group. She has meetings at different lunch spots around Raytown, and does her grocery shopping in Raytown.

“People are getting excited about this community and investing in it,” McNeil said, noting it’s only a 10 minute drive to downtown and two minutes to the stadiums.

Miller is chair of the Congregational Care Team, formerly known as Congregation Development, which is tasked with working with local congregations to assist them in establishing new places for new people.

“It is a privilege to be part of the Missouri Conference team that gets to help churches with new campuses, launches and relaunches. It’s hope- inspiring, and you feel the breath of the Holy Spirit in their work,” Miller said. “Likewise, as a pastor, it is hope-inspiring to see the light coming on in a congregation as people realize, ‘This is what is means to build the Kingdom of God.’ It’s neat to see people making those connections.”