Delegates Hear About Proposals to be Considered at Special Session

On February 23 United Methodists from around the world will meet in St. Louis to make decisions around things that could significantly alter the structure of the United Methodist Church. On October 4-5 delegates from the Missouri Conference met with other delegates from the South Central Jurisdiction in Oklahoma City to discuss details of the proposals that will come before the session.

During the 2016 session of General Conference, frustration was expressed at the amount of time related to discussion around issues of human sexuality. The body of General Conference voted to request guidance from the Council of Bishops on the issue. Following General Conference the Council of Bishops formed a commission to address the issue and develop a proposal, called The Commission on a Way Forward. It was comprised of 32 members from across the opposite spectrum. The commission developed a proposal a majority of the commission members supported, called The One Church plan. At the request of the Council of Bishops, they also provided information on an alternate plan, called the Connectional Church Plan. There was also an outline of third plan, called the Traditionalist Plan, included in the report, but it was the work of a few bishops and not the work of the Commission on a Way Forward.

It was determined that the proposed plans would be discussed in a special session prior to the next General Conference Session, so the Special Session in February of 2019 was set, with the General Commission on General Conference selecting St. Louis to be the site of the session.

For the South Central Jurisdictional meeting, each plan was presented by a bishop. Bishop Gary Mueller of Arkansas presented the Connectional Church plan. He began his presentation by acknowledging that many people had already written off this plan because they found it too complex and difficult to understand. He presented the basics of what the impact of the plan would be, and why it was trying to accomplish it goals in this manner, noting that when you break it down the plan is not as complicated as it may seem. 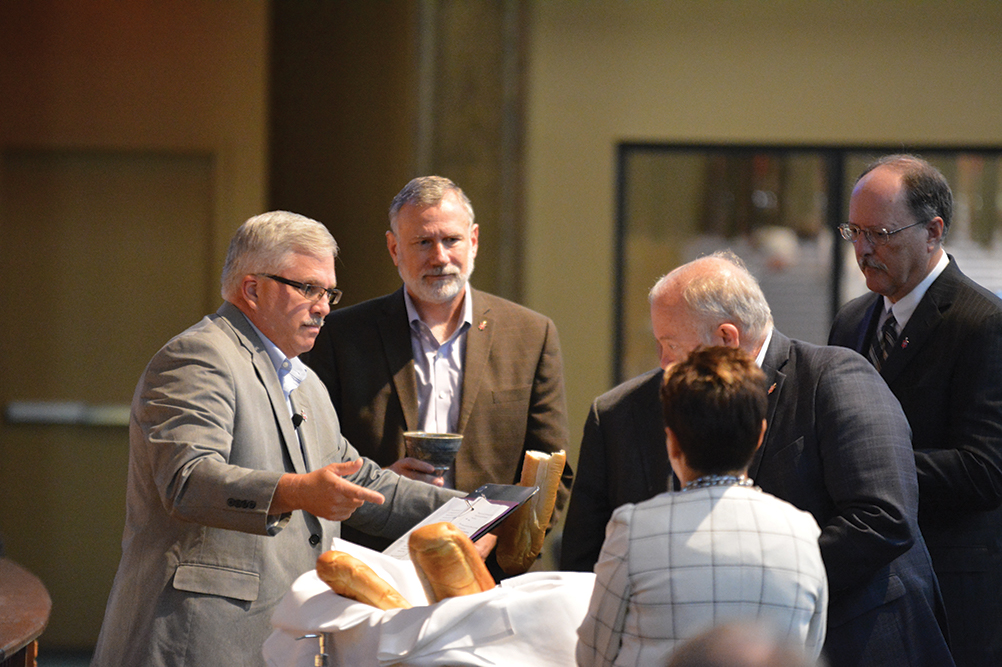 “The good thing is this plan doesn’t change things overnight,” Bishop Mueller said. The implementation of the Connectional Church Plan would span several years. If the plan was approved in 2019, it would require the passage of at least six constitutional amendments, which would be voted on in 2020. Bishops would then choose what conference they would belong to in 2021. Local churches would choose their conference in 2022. The 2024 session of General Conference would be moved back to 2025.

Bishop Mueller apologized for a complexity of his presentation, and added, “Here’s the thing, this is just the tip of the iceberg.” He described the Connectional plan as being adaptive, complex and contemplative.

“This plan addresses the realities of the United Methodist Church and the world the way they are, not the way we wished they were,” Bishop Mueller said.

Bishop Scott Jones of the Texas Conference followed Mueller, and presented the Traditionalist  Plan. The Traditionalist Plan continues the current prohibition on same-sex marriage and the ordination of openly gay clergy, but also mandates strict enforcement of all such prohibitions that are given in the Book of Discipline.

“Some of my friends have called this the ‘More Trials Plan,’ and they may be right,” Bishop Jones said. “But the plan does include innovative ways to enforce accountability without trials.”

The plans will be considered at the Special Session not as whole plans, but as the petitions that comprise them. The Traditionalist Plan involves 17 petitions, and Jones said it could use more refinement. “The work on this plan is incomplete,” Bishop Jones said.

Bishop Robert Schnase of the Rio Texas Conference, formerly of the Missouri Conference, presented the One Church Plan. Bishop Schnase is one of seven bishops who served on The Commission on a Way Forward, and the only South Central Jurisdiction bishop to serve on the 32-member commission. He was asked to serve on the commission twice before he agreed to do so. Then he read mission, vision and scope of commission and changed his mind.

“The purpose of the commission was to align with mission for United Methodist Church witness to reach others in as many ways possible,” he said. “The notion that we might make decisions allow us to multiply ministries of United Methodist Church gives me hope. There are people we are able to reach that other Christians don’t. Part of how we do that is that is we’ve managed to get along without agreeing.” 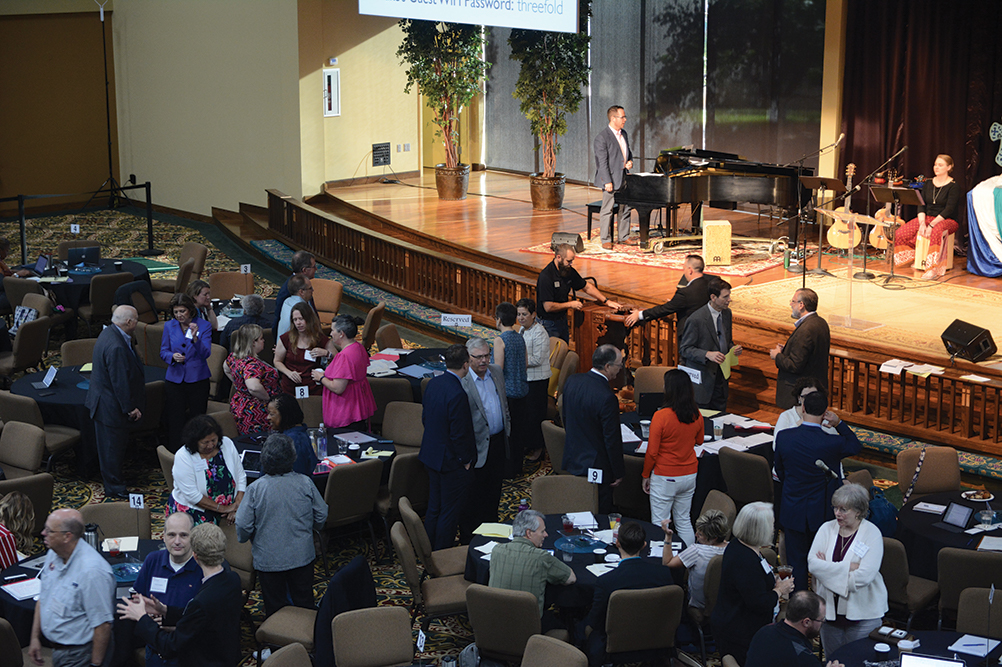 United Methodist pastors would be neither compelled nor prohibited from officiating same-sex weddings. Regarding the ordination of openly gay clergy, Boards of Ordained Ministry at the annual conference level would be allowed to make the determination. Bishop Schnase said he has heard some people express that the this would make the United Methodist itinerant clergy appointment process difficult. He contended that in reality it wouldn’t change it at all. Bishops are already appointing traditional clergy to traditional churches and progressive clergy to progressive churches. Bishops are not appointing reconciling pastors to traditional congregations or vice-versa.

“To do so would be a recipe for disaster,” he said. Bishop Schnase said he looked at the implications of an area of another denomination that had adopted a similar policy that granted some autonomy regarding these decisions. The area he looked at involved 137 churches. Several years after adopting the policy, only five churches had requested to be able to conduct same-sex weddings, and of those only two had done so.

“Some people think that if nothing is adopted nothing happens, but I don’t think that will be the case,” Bishop Schnase said. He believes it is likely that there will be some traditional and progressive congregations that will seek to leave the United Methodist Church if nothing changes.

Bishop Schnase said that some critics of the One Church Plan have contended that it is just like similar efforts made at previous General Conference sessions to change the language in the Book of Discipline pertaining to human sexuality. He said it is not similar, in process or in outcome.

“Our group was asked – commissioned -  by the General Conference to develop this plan,” he said. He continued that it is very important to take into consideration that the work of the commission was brought by a constituency with fundamentally opposing points of view, which had never happened before. The plan was worked over, prayed over, and written by people across the theological spectrum. Its development included engagement with the central conferences. All of these factors resulted in a plan unlike any General Conference has previously considered.

“All of the energy in the One Church model went into how to give protection to the traditionalist and a progressive viewpoints,” he said. “We envision a United Methodist Church where there is room for everyone.”