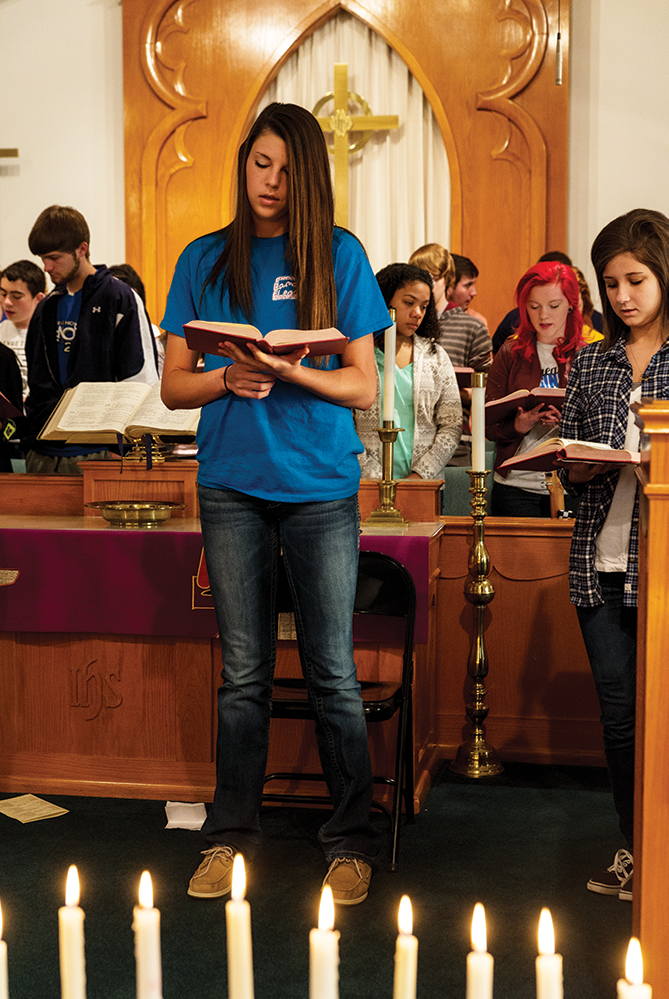 For more than six decades, Portageville UMC has been a place where the youth of the community take their faith much deeper at the end of Lent. For that last week of school, every morning they gather at church.

“It’s a different start to the day,” said Debbie Nave, a member of Portageville UMC. “They are starting the day with God – in God’s house.” Rev. Barron Scott Willer has been pastor at Portageville UMC since 2012, and was informed when he first arrived that a special role that church has in the community is hosting the event. 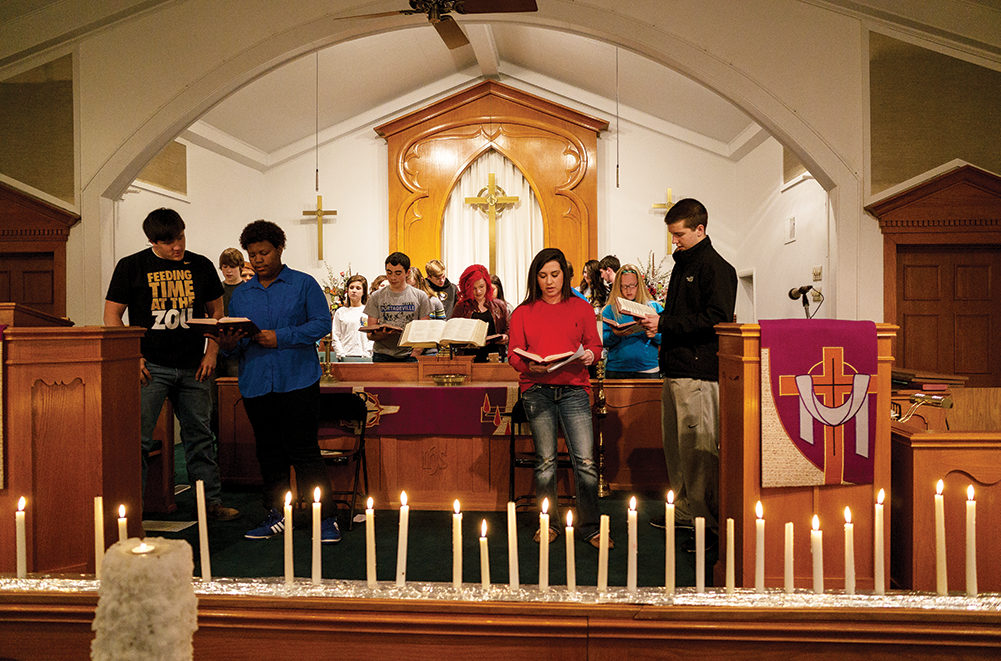 “At one time it was led by the United Methodists youth, but with fewer youth in the church it has become a community event with youth leading from different churches,” Willer said.

The service, which started 65 years ago, is entirely youth led. It begins at 7 a.m. and includes an opening prayer, a meditation, a message, congregational singing and special music. People light a candle as they enter the church. The youth are from the whole community and various churches, including Baptist, Catholic, Assemblies of God, Church of God and United Methodists.

“There are also a number of unchurched youth who will come and be part of this,” Nave said. Nave, who has worked as the high school secretary for 28 years, actively invites youth she knows from school to be part of the tradition. “I might tell someone, ‘Hey, you were awesome on the football field. Why don’t you come join us and be awesome for God?’” she said.

Nave prepares scriptures and messages for the youth. Some take what she offers, and others choose to use their own. They take new approaches each year to keep the service that is rich in tradition fresh for those who come each year. The congregation consists largely of school teachers, administrators and staff, as well as parents of the youth.

“A lot of the adults who attend had lit a candle here when they were young,” Nave said.

The services are usually during Holy Week, but when Holy Week is the same week that the school is on spring break, as it is this year, the services are held the week before. “It really prepares you for Easter Sunday,” Nave said.