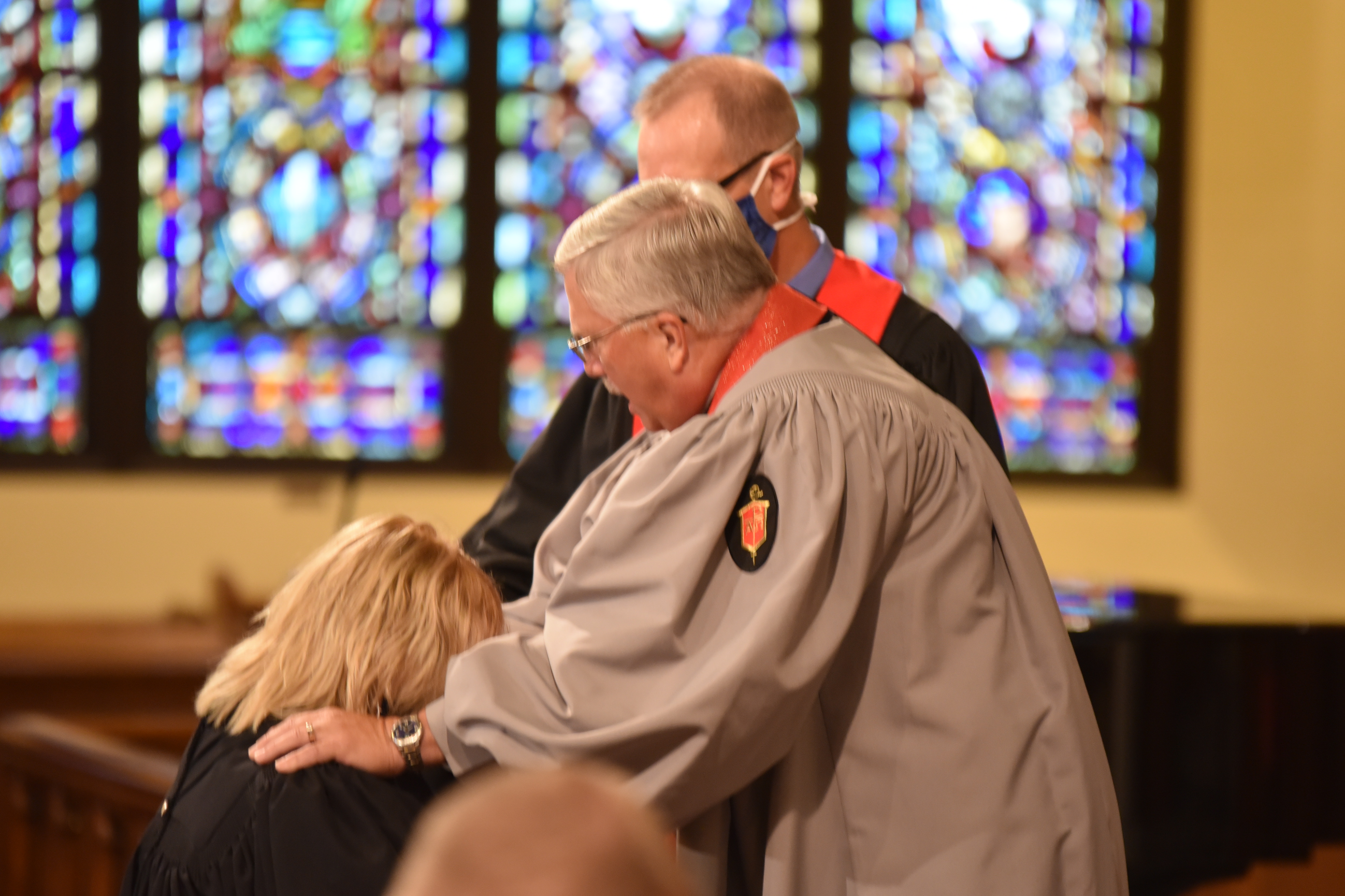 One of the important steps to being ordained clergy in The United Methodist Church is being commissioned. This year the commissioning service was held at Missouri UMC in Columbia following the ordination service. There was a break in between the services for sanitizing the sanctuary.

Rev. Mark Statler, director of Leadership Excellence, was the preacher for the service.

Statler opened with the scripture of 1 Samuel 16: 4-13, in which David was being commissioned in a sense. Statler reminded those about to be commissioned that David was fighting a giant one chapter later. But he also reminded them that David’s anointing was to be a monarch and that was not what they were gathered for there today.

Statler asked those about to be commissioned if a former version of themselves would be surprised to see them there today. They all raised their hands in the affirmative. He then asked the small group of friends and family at the church how many of them would have been surprised in the past if they were told the people there that day would be commissioned. Less than half raised their hands.
“Some of them saw something in you that you didn’t see in yourselves,” Statler said. “God saw something in David that other people didn’t see. God sees something in us.”

These commissioned persons serve under appointment by the bishop during this time and learn and grow as residents in ministry as they prepare for ordination. Along the way, there are many letters of recommendation and interviews to continue to move forward in the process.

Statler reminded the audience that just as David had his up and downs after being anointed, the commissioners also shouldn't expect an easy path.

“The deeper you walk into the world that God is asking you to come create, the more significant are the obstacles that you will encounter,” he said. Statler noted that the day is in part about marking a place in life when someone is starting a new life in ministry and advised those being commissioned to not to try to go it alone but to be part of a community. “Stay in love with God,” he said. “This is a spirit journey.”