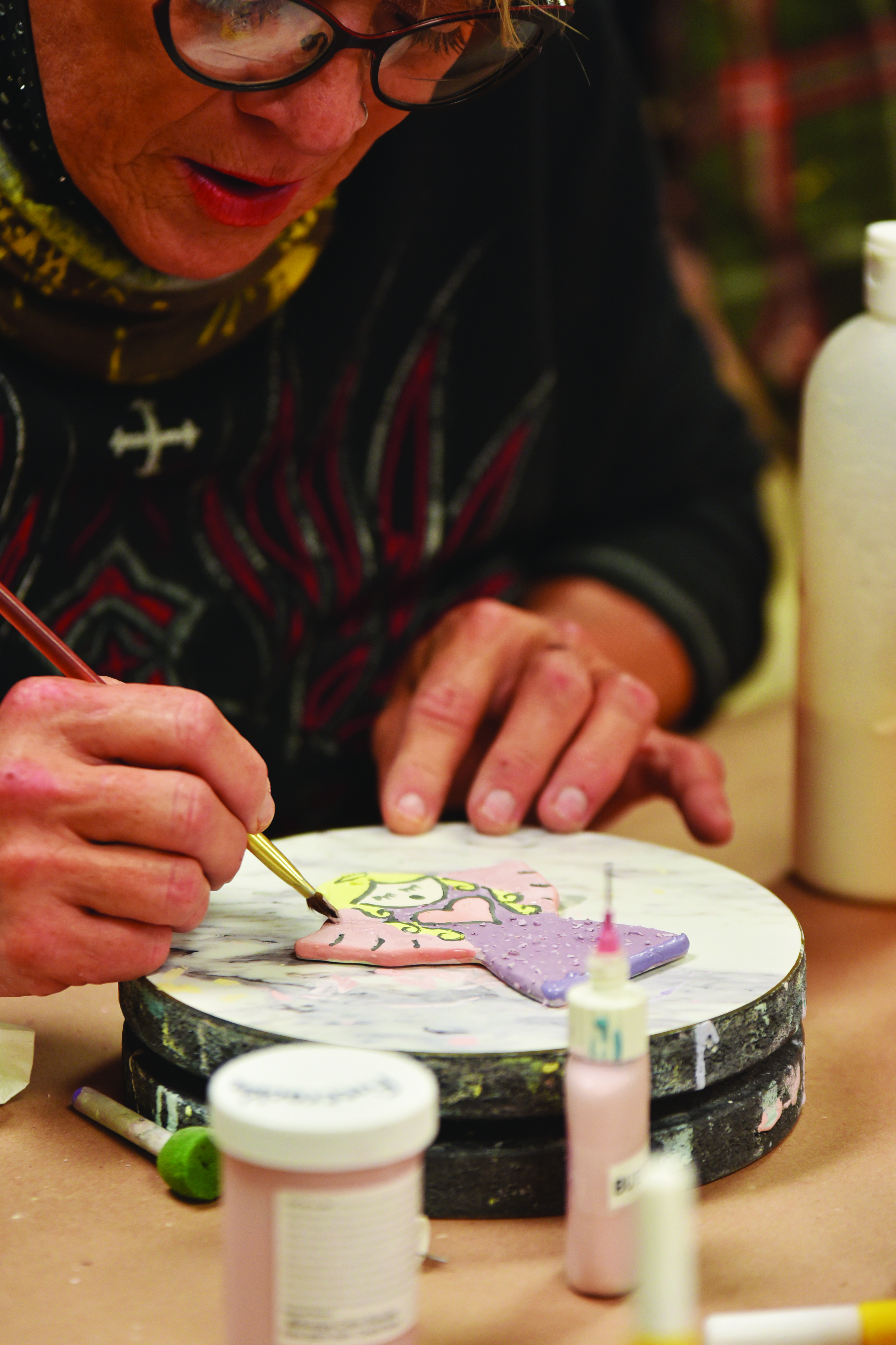 No one can understand the struggles of being a single mother better than another single mother. Several United Methodist churches in Missouri have worked to bring single mothers together and give them some support through the ministry The Caring People.

The Caring People is not a United Methodist ministry, but has spread through United Methodist connectionalism. Rev. Brian Smith of First Monett learned about the ministry at nearby Washburn from Rev. Debra Alumbaugh who was pastor there at the time.

“It sounded like it was beneficial, and I didn’t know of any similar ministries being offered in our county,” Smith said.

The Caring People was the organization that got the ministry started at Washburn, so Smith contacted them. The organization sends a representative to conduct initial training for volunteers, then provides ongoing training and support for the group.

When Jessica Karsten saw the flier Smith posted on the bulletin board at First in Monett seeking helpers for a group to support single mothers, she was all in.

“I’ve been a single mother myself for five years,” she said. “I know it’s hard to help children balance their lives of living in two worlds in a joint-custody situation, and I know it’s hard for single moms to balance the demands of work and parenting.”

She was joined by three others from the church. Each one either is or was a single mother. They typically have about eight single mothers attend their ministry.

No one worries too much about how to define who is in the program. Some of the women are married, but the husband may be away in the military or incarcerated. Some are grandmothers who have taken over responsibilities for raising their grandchildren.

The ministry used to participate in the Wednesday night meals at the church, but these have not yet resumed after being canceled due to the coronavirus. The church has resumed other Wednesday night programming, so the children can participate while their mothers are in their own small group session. During the October meeting, the mothers and volunteers took the church van to the neighboring town Aurora to make Christmas ornaments at a pottery business.

The Caring People was started by Herschend Family Entertainment, which owns several theme parks, including Silver Dollar City, Talking Rocks Caverns, Showboat Branson Belle, and several other in other parts of the country like Dollywood in Tennessee and Stone Mountain in Georgia. Karen Stone, a member of Community in Columbia who recently moved to Ohio, was hired by The Caring People in 2011 to expand the ministry to other communities.

“They were getting inquiries about starting programs that were beyond the 60-mile radius that they were able to serve and wanted to be able to offer the programs to more communities,” Stone said.

Earlier this year Stone said that there are Caring People ministries at nine United Methodist churches in Missouri and new programs are in the development stage at five more. She said many churches want to help make a difference with single mothers in their communities but don’t where to start. “This is a way for churches to be outwardly focused and have an impact on their community,” Stone said.

There are an estimated 13 million single mothers in the U.S. About half are living in poverty. Community started a ministry of The Caring People in the church about five years ago. There are currently about 10 single mothers and 13 children involved in the program.

Some are picked up at public housing areas and brought to the church, some attend other churches, but none of them attend Community.
“This is not a way to increase membership at your church,” Stone said.

Single mothers are often skeptical about churches reaching out them, Stone said. Many have experienced a lot of betrayal and hurt.

“Single mothers are often survivors and don’t want to ask for help but want to do it on their own,” Stone said. “We try to convey we’re here to be with you – it isn’t a handout. The greatest gift we give is friendship and letting them know that they are not alone. Then we can tell them about the God who loves them. We create an environment that is safe and welcoming and give them a meal and unconditional love. Unconditional love is hard for some people to do, but it creates an environment where people can grow and thrive. It’s helpful for them to see that people do care.”

Morrisville is another church that has a Caring People ministry. Rev. Patty Smith said their congregation has rallied around the ministry. “It was started by three women two years ago, and now we have eight or nine volunteers,” Smith said.

At Morrisville, the group gets together monthly, and the single mothers, children and volunteers all come together for a meal. Then childcare is provided for children and the mothers have time in their small group. The ministry has been paused since last spring.

“We’re anxious to get together again as soon as it feels safe to do so,” Rev. Patty Smith said. “We started talking about it, but then experienced another spike in virus numbers in our area so we need to give it some time.”

Even if groups can’t gather at this time, this could be a good time to start making plans to form a ministry.

“I would encourage any Methodist church to engage in The Caring People,” Rev. Brain Smith said. “The moms have formed a close, supportive community in which they provide encouragement to each other.”

Learn more about the ministry at www.thecaringpeople.org.