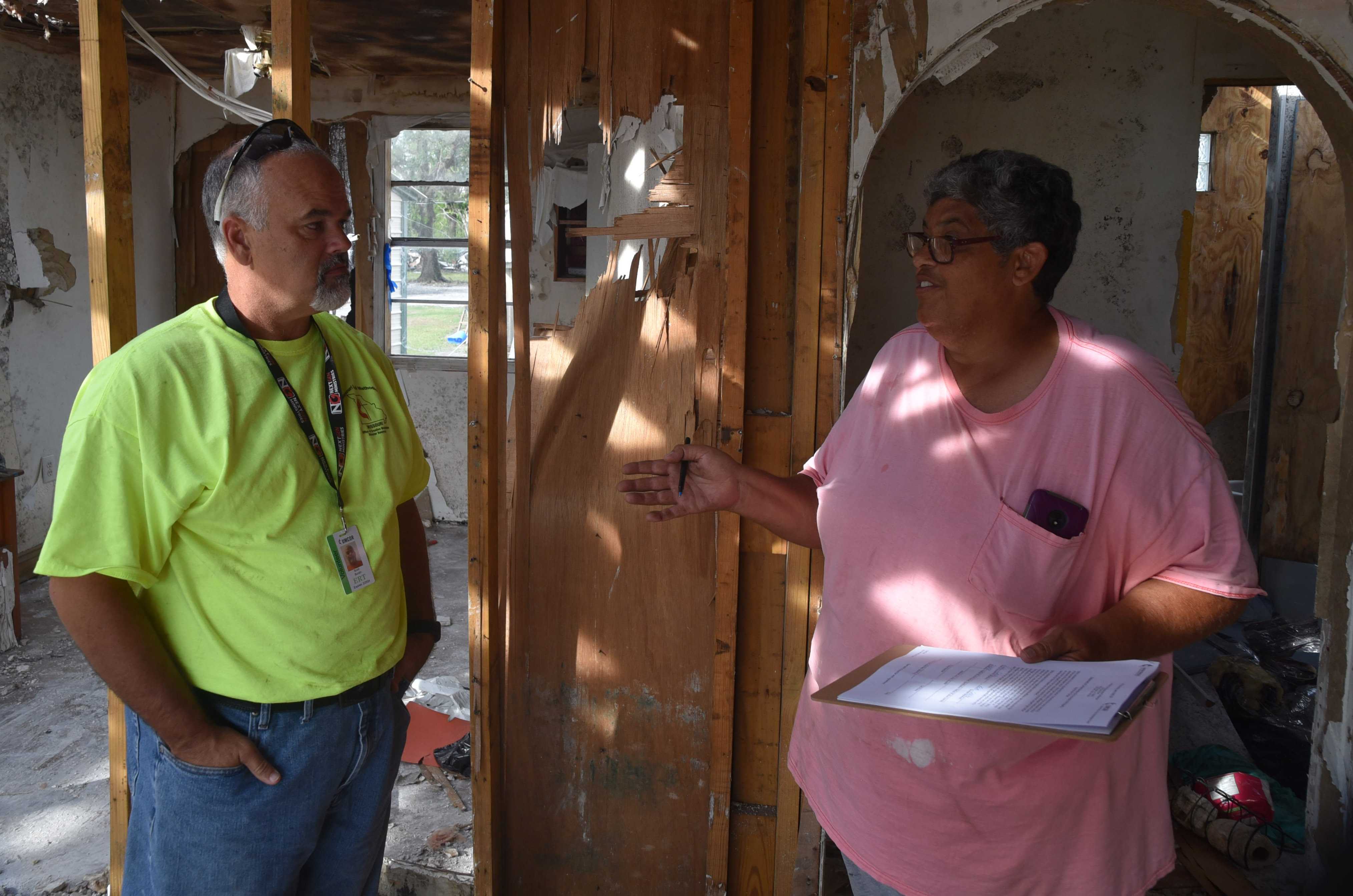 On October 10, a team of 15 people traveled from Missouri to Golden Meadow United Methodist Church in Galliano, Louisiana, to assist with disaster response assessment. The team was made up of members from La Croix UMC in Cape Girardeau and The Way in Wentzville, Manchester in St. Louis and First UMC in Warrensburg.

The team members were already trained as an Early Response Team, and the Louisiana work was like an on-the-job-training for disaster response assessment. The team had completed an abbreviated version of assessment training through an online class a few days before

Although Hurricane Ida had hit the area five weeks prior, assessments were still needed in some areas because the damage was so widespread that some communities had not yet been assessed.

“We don’t go anywhere until we’re invited,” Missouri Disaster Response Coordinator Scott Burdin said. “We had done some work in Louisiana in 2020 following Hurricane Laura and built some relationships, so we were asked to come down immediately after Hurricane Ida hit this year.”

Burdin had traveled to Louisiana to provide immediate early response assistance. The team in October was there to assess opportunities for recovery work for future teams and listen to people’s stories. The people they encountered seemed very willing to share and appreciative that people were interested in seeing if they needed help.

“I’ve been through a lot of hurricanes, but this one was the worst,” was the refrain heard again and again as the volunteers went house-to-house talking to residents. Although levees held and flooding was not a problem in most areas, the power of the wind of the class four hurricane was at or near record-setting levels. Some houses were blown off of their piers or foundations.

Others had windows and walls blown out. Roofs were damaged on structure after structure for 100 miles in one direction. Trees were uprooted or snapped off.

The volunteers stayed in the parsonage of Golden Meadow UMC in Galliano. The house had received damage but was functional enough to accommodate a volunteer team. Unfortunately, the church building adjacent to the house was extensively damaged and is not in useable condition. The team conducted as many assessments as they could during their time there and entered the information into the online Crisis Cleanup database to be used by future disaster response work teams.

Robin Owen, a registered nurse volunteering from The Way UMC, said the destruction saddened her but she was encouraged by the people’s attitude.

“I was touched when we asked one young man who had lost his home what we could do to help, and he said, ‘Help other people,’” Owen said. “The sense of community has been very enlightening. People want to help each other and care for each other.”

A typical house had roof damage and maybe some window and siding damage. But many houses have extreme damage, with walls blown out or houses entirely blown off the piers upon which they were built. But some hardened houses weathered the storm well.
Myra and Daniel Ledet live in Chauvin, Louisiana. It’s near the coast when you look at a map, but in Louisiana, the coast is typically where marsh fades into the sea; it’s not an expanse of sandy beach. The Ledets have seen a lot of hurricanes.

“When Hurricane Juan was here, the water was 18 inches deep. Our house was on piers, but we still got a little water in it,” Myra said. “That’s when he decided to raise it.”

Raise it they did, jacking the house up with 12, 20-ton hydraulic jacks (and 14 people pitching in to keep it level) and setting it on 22 steel pillars, some of which were filled with concrete. They started at 7 a.m. and had the house up by 4:30 p.m.

“I told her we were going to make it look like a compressor station,” said Daniel, who piloted a tugboat for oil companies.

They were glad they did a few years later when Hurricane Rita came to town. With that one, the water measured 35 inches under their house. It came up five steps, but their home was high and dry.

The couple was married in 1965, and Hurricane Betsy came soon after. The levies in the area have been improved, so flooding has been alleviated. But they still found this year’s Hurricane Ida to be the worst.

The house sits on steel beams and is tied down with stainless steel cables, tightened with turnbuckles.

“You could play them like guitar strings,” Daniel said, commenting on the tautness of the cables.

Although their house was unscathed, a giant tree they had planted not long after they were married was blown over onto their garage. The assessment team made notes of the tree and added them to the list.

If you or your local church Disaster Response teams are interested in going to Louisiana, please contact Scott Burdin at sburdin@moumethodist.org. The
long-term recovery response is expected to be four to six years. Long-term recovery efforts are updated at www.la-umc.org/hurricanehelp.

The best way for you and your church to immediately serve is by giving financially. Support the UMCOR disaster response by donating via Advance Project 901670 or giving directly to Louisiana at www.secure.anedot.com/la-conference-of-the-umc/relief. 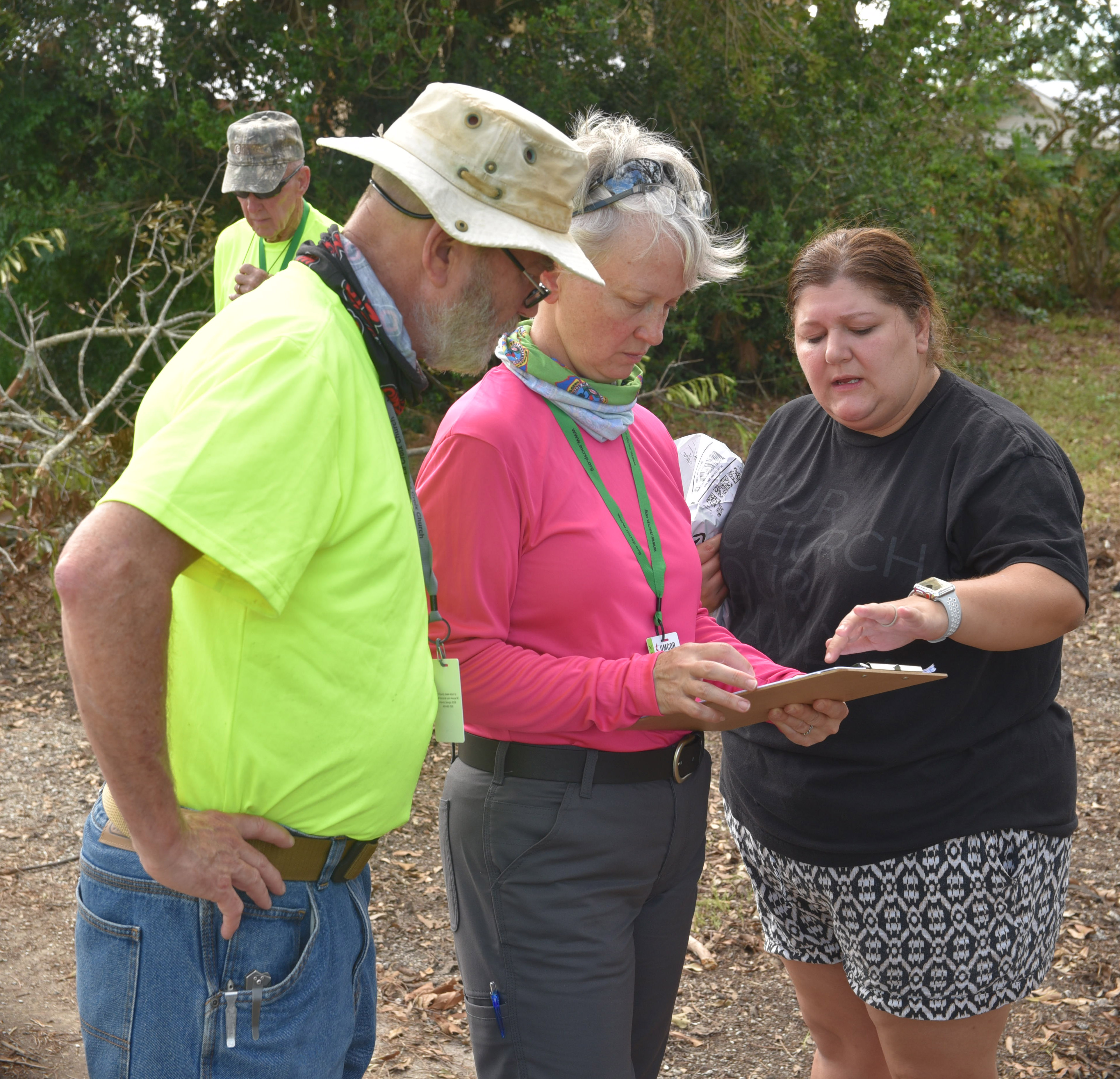