Mana me Lagi: Miracle From Heaven 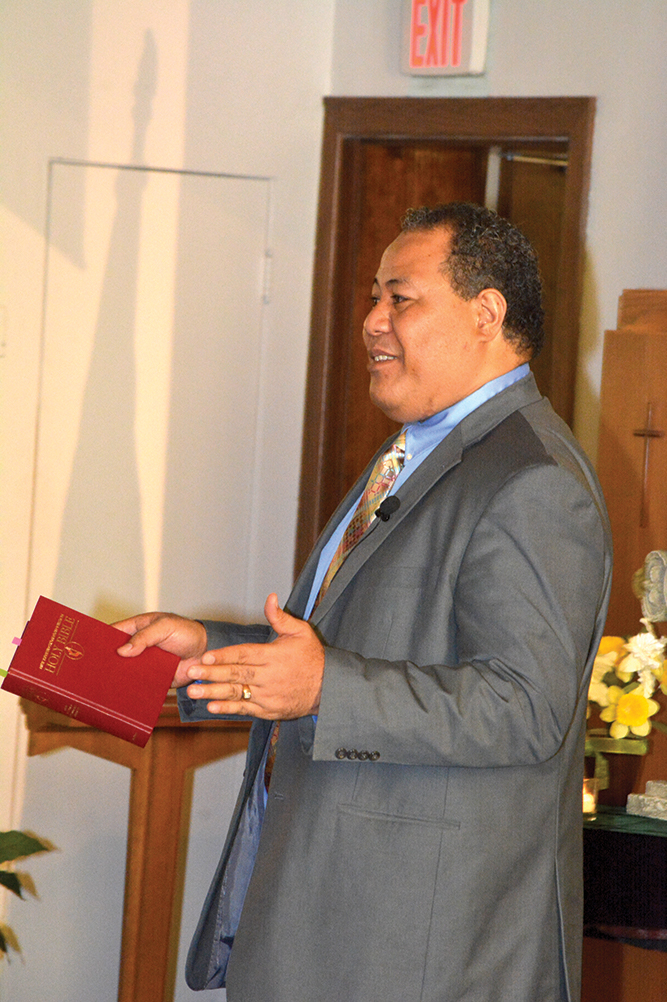 A new church has been having pre-view services in Independence, building to an official launch on May 18. The church meets at First UMC, and is known as Mana mei Lagi. It’s a fellowship of Pacific Islanders, and is lead by Poese Vatikani.

Vatikani is from Tonga, an island nation. Tonga is part of the Pacific islands which include Hawaii, Fiji, Samoa, Tahiti, New Zealand and others that make up the Polynesian islands. His father was a teacher in church schools, and he has been a leader in the church from a young age. He also has several years of professional experience in the financial services sector.

Vatikani has found there to be thousands of Pacific islanders scattered about the Kansas City area. Several of them are Mormon, and came to the area because of the church there. But for many, that move was made some time ago, and they have drifted away from church.

“Culturally, we love to go to church,” Vatikani said. “I could tell with the first preview service that there were people there who had really been missing going to worship.” 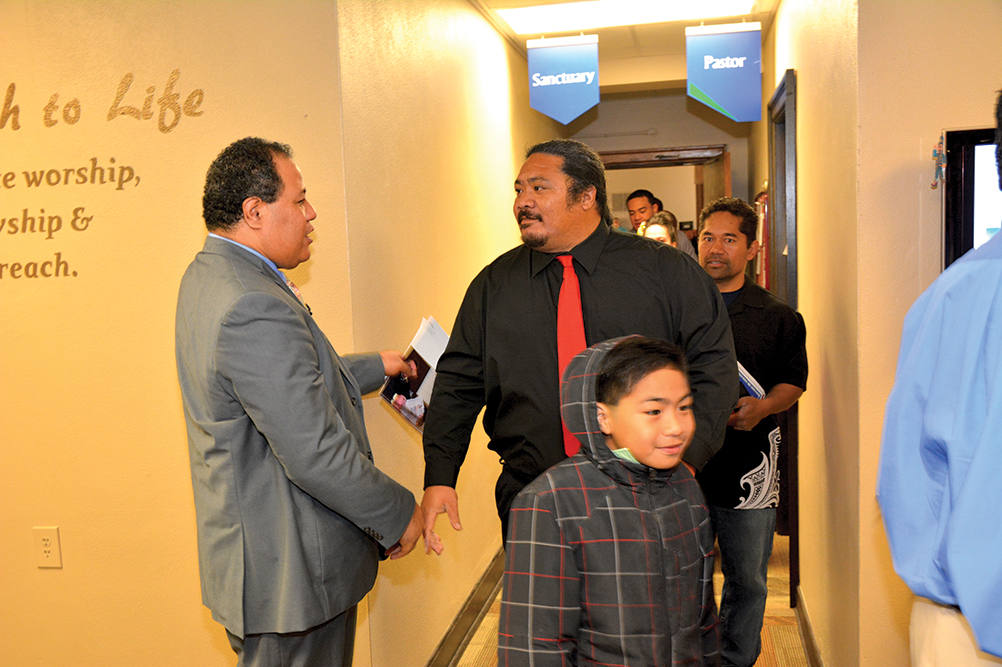 At first Vatikani had planned on doing a target-language church start, but he soon found that many of the Pacific Islanders in Kansas City are Samoans, and they speak a different language than his native Tonga. So he started talking to people about what kind of church they wanted. He found they desired a mix of contemporary and traditional service styles, and a place where they felt they belonged.

Vatikani has been going to the rugby games of the local Pacific Islanders, and to weddings and birthday parties. “Us islanders, when we hear about a party we go, whether we’re invited or not,” he said.

He hasn’t just been going to parties, he’s been hosting. Since getting started last July, Vatikani’s beginnings of a church has had a Christmas party, New Years dance, Valentine dance and game nights.

“I have to build my connection to let the community know that we are here,” he said.

During the first preview service, Vatikani mentioned to the congregation that they are not just borrowing space somewhere, they are part of the United Methodist Church.

“God has been searching for us Pacific Islanders, and here we are in this place and we need to count our blessings for this opportunity,” he said. “It is not too hard to just tell everyone to join us - to keep inviting people. If you knew the cure for cancer you wouldn’t keep it to yourself. It’s the same with the good news Jesus is the cure for our everyday problems - just spread the good news.”

In addition to new church start support from the Missouri Conference Congregational Development team, Mana me Laigi has the enthusiastic support of First UMC in Independence, and Rev. Mitch Jarvis. Members provided assistance with all aspect of the worship, and several attended as well. Vatikani also appreciates all the Pacific Islanders that came out for the preview service, some of them traveling quite a distance to be there.

Vatikani said some may question why he would move from a place globally known as paradise, to a place where it snows. Without the support of wife, Doris Vatikani, he wouldn’t have made it this far, he said. But he trusts in God’s way, and is excited about the future of the Christ-centered church.

“If we don’t focus this ministry on Jesus, we are wasting our time,” he said.

He has seen people who have moved here from the islands and now have a nice car, home and money that they have never had before – but those things don’t add up to having a life.

“That’s not the kind of life that Jesus talks about,” Vatikani told his congregation. “Jesus died on the cross for you and me. If you don’t find Jesus in your life, and you’re struggling to find meaning, come and talk to me. We will help you. When you open your heart and ask Jesus to come in, you’ll be surprised at what will happen to you.”

Following the official launch on May 18, Mana mei Lagi will have weekly worship at 10:30 Sunday mornings at First UMC in Independence. For more information on, go to fb.com/manameilagi or www.indepmo-fumc.org.