Loyal Through the Ages 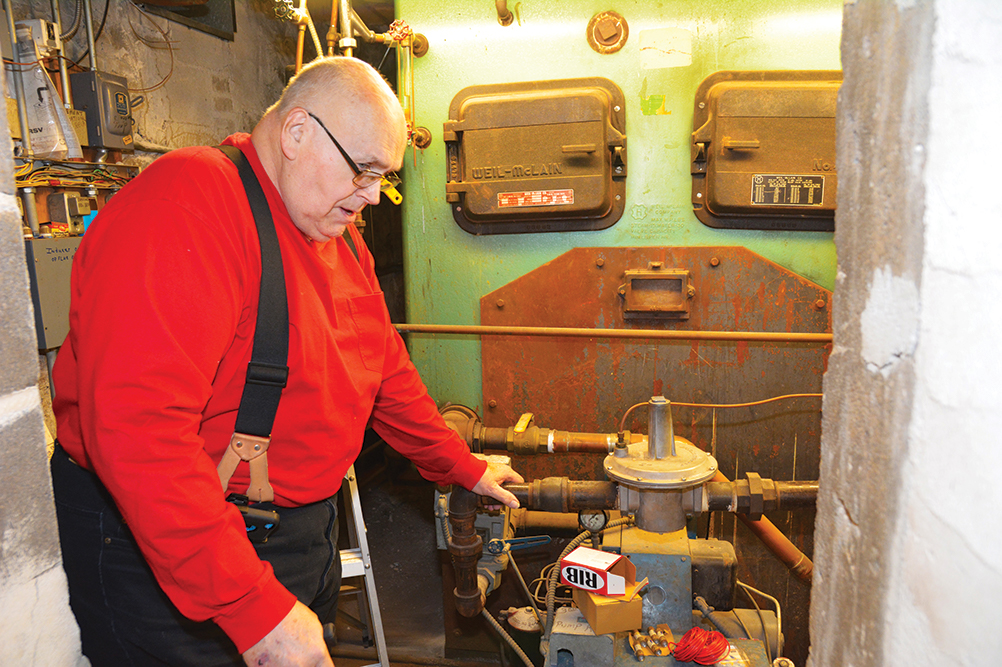 Kenneth Parmer has been part of Wilkes Boulevard UMC since 1957. It’s where he met Anita.

“The pastor told me a young lady visited the church who was interested in singing in the choir. I asked, ‘How young?’, and he said, ‘She’s old enough for you’,” Parmer recalled. Soon he met her in person, and that was all that it took. “I fell for her like a ton of bricks.”

The couple married 50 years ago, and have been mainstays of the church since then. Kenneth was an engineer for the University Hospital for about 30 years, and is a licensed electrician. Anita worked at Boone hospital for more than 38 years, in the operating room, training operating room techs, and working in infection control at the hospital.

The Parmers think a lot of their pastor, and her husband. “Brad (Hegemann) has been a tremendous help to us here,” Kenneth said.

Kenneth still does a lot of maintenance around the church, although he’s beginning to ease into more of a supervisory role. He doesn’t climb ladders anymore, if a light fixture needs repair, he has someone else take it down so he can work on it at the table. He says when the Lord calls him home, he hopes he is there at Wilkes Boulevard tying wires. The other day he took a fall while working at the church.

“I tore up my leg and bled clear through my britches,” he said. “I’m lucky I didn’t break anything.” Anita worries about some of the work he does, but he wants to do what he can.

“The Lord is still giving me the opportunity to serve in whatever small things I can do,” he said.

When the church transitioned to being more focused on helping ministries, Kenneth saw other long term members get upset over what he discounts as “silliness.” Many of the original members who were there before the restart are now gone. He was sorry to see people leave the church, but he understands. “If someone is unhappy where they are, sometimes the best thing for them to do is to move on,” he said.

Anita is the volunteer secretary for the church, and is officially there Monday and Thursday mornings, but lately she has been there most days. 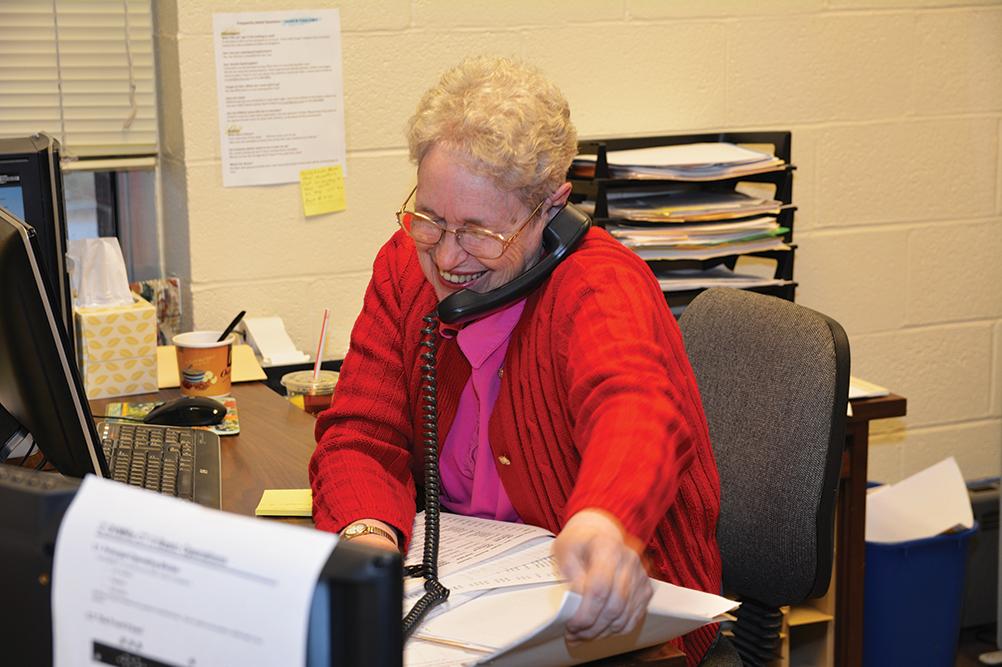 Kenneth is confident the church will keep growing and growing. Anita is encouraged by what she has seen in recent months, but she still worries. She is happy to see more people in the pews, but knows that many of them can’t afford to give much, and she’s concerned about the church’s ability to pay its bills. But she is hopeful that they’ve come back enough to be sustainable.

“I think we’ve come far enough that we will be OK,” she said. She said many of the people who can’t afford to give money are volunteering their services to help in any way that they can. “The donation of time saves us a lot of money,” she said.

When someone new starts coming to the church, Anita tries to quickly work them into a role such as greeter or usher so they feel they are part of the church. Things didn’t used to be that way.

“We were – I hate to say it – sort of a closed society,” she said. Their loyalty to the church, and their dedicated service, doesn’t go unnoticed. Last summer Anita Parmer was given The Unity Award for the Missouri Conference at Annual Conference. Their service through the years has been as critical to the future of the church as the recent changes have been.

“Without people like the Parmers, that church wouldn’t be there,” said Mid-State District Superintendent Lynn Dyke. “They are work horses who have made courageous decisions.”