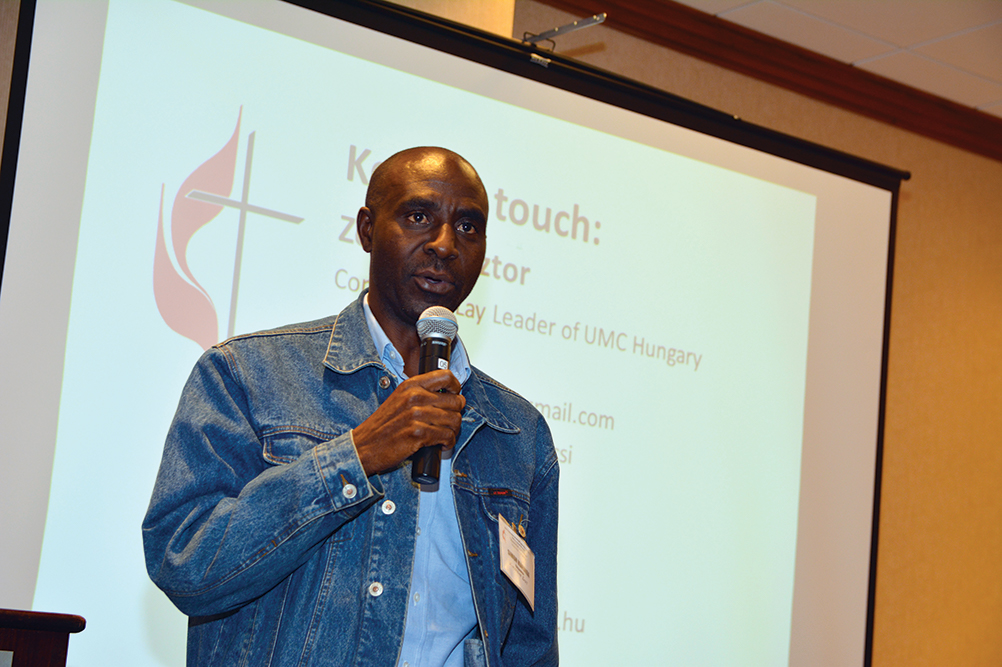 When the Association of Annual Conference Lay Leaders came together for their annual meeting in Kansas City March 20 - 23, they weren’t there to reminisce or celebrate. They were there to seek ways to help their Conferences change for the better.

The workshop sessions for the event were lead by Missouri Bishop Robert Schnase. The event was originally planned to be based around Bishop Schnase’s book Remember the Future, but Bishop Schnase’s newest book, Seven Levers, was just released about one week prior to the event, and Bishop Schnase used his teaching time to address the mechanism for change at the Conference level that he wrote about in Seven Levers.

“Our timing was pretty dramatic, and the teaching sessions ended up going very well,” said Steve Furr, Conference lay leader from the Alabama-West Florida Conference. Furr is the president of the AACLL.
Mary White has been the lay leader of Eastern Pennsylvania for eight years. She liked the sense of the direction of the sessions.

“These sessions have been excellent in making us aware of the things we need to be addressing to help church growth,” she said.

Timothy Crisler, lay leader from the Mississippi Conference, was one of the youngest among the group, even though he has been Conference lay leader for five years. He was elected to the position when he was 35.
“My predecessor had told the bishop that he wanted the next lay leader that followed him to be half his age,” Crisler said.

He found the networking between Conferences to be valuable, and enjoyed the spirit of collaboration that the event embodied. He said his position as Conference lay leader has been a real blessing to him. He spends a lot of time in local churches.

“Our churches are so different, but yet uniquely the same in their love for God,” he said. 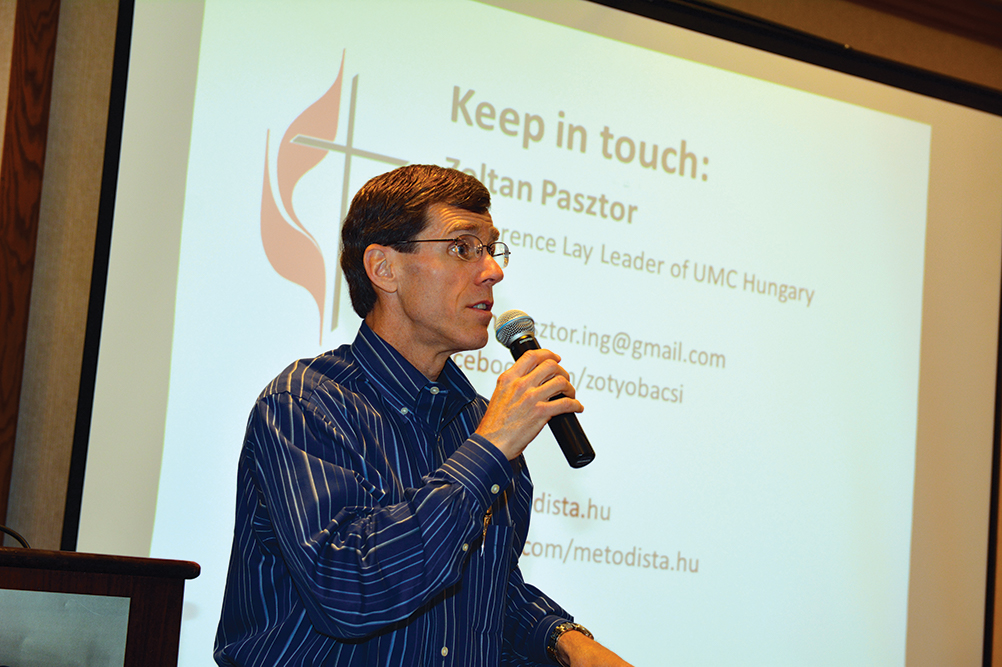 “He was recruited to come here to establish a Church of the Resurrection presence downtown, and it looks like he’s done a great job,” Bank said. He liked Chrostek’s technique of loading up his pocket with 35 pennies in the morning to use as counters, moving them from one pocket to the other after he told someone about his church, and not going home until he had made 35 contacts.

Warren Harper, lay leader from the Virginia Conference, said he got what he came for at the conference.

“The workshops were full of good information from Bishop Schnase,” he said. “I look forward to reading his book and exploring his ideas in greater detail.”

Harper has previously been the Conference lay leader in New Jersey. He retired to Virginia, and was named Lay Leader there. “It’s been exciting to have an opportunity to share from a different perspective,” he said. “I don’t have any southern roots, but Christ is always at the center of what we do, so there is plenty of common ground.”

Harper said he appreciates the opportunity to learn from other Conferences at the lay leader event, because new ideas inspire.
“You can’t sit still in a leadership position. If you are, you shouldn’t be in that position,” he said.

During a site visit to the main Church of the Resurrection campus in Leawood, Kansas, the group was shown the mission area in the church basement, which houses ministries like the Buddy Backpack program that provides school children with food assistance for weekends, and Geeks for God, a program in which volunteers refurbish old computers for use by non-profit agencies and other churches.

“This basement is the heart of the church,” said Jeff Vickers, COR member who was serving as tour guide.

Rev. Adam Hamilton addressed the group just before the start of the Saturday evening worship service that the group attended. He told a little about the history of the church, its present approach to ministry, and what it has in store for the future. He encouraged everyone to tap into the COR staff for more information.

“Anything we learn here, we want to give away,” he said. “We want to be a living laboratory for churches. We try a bunch of stuff here, and we see what sticks.”