Imagine No Malaria via Basketball 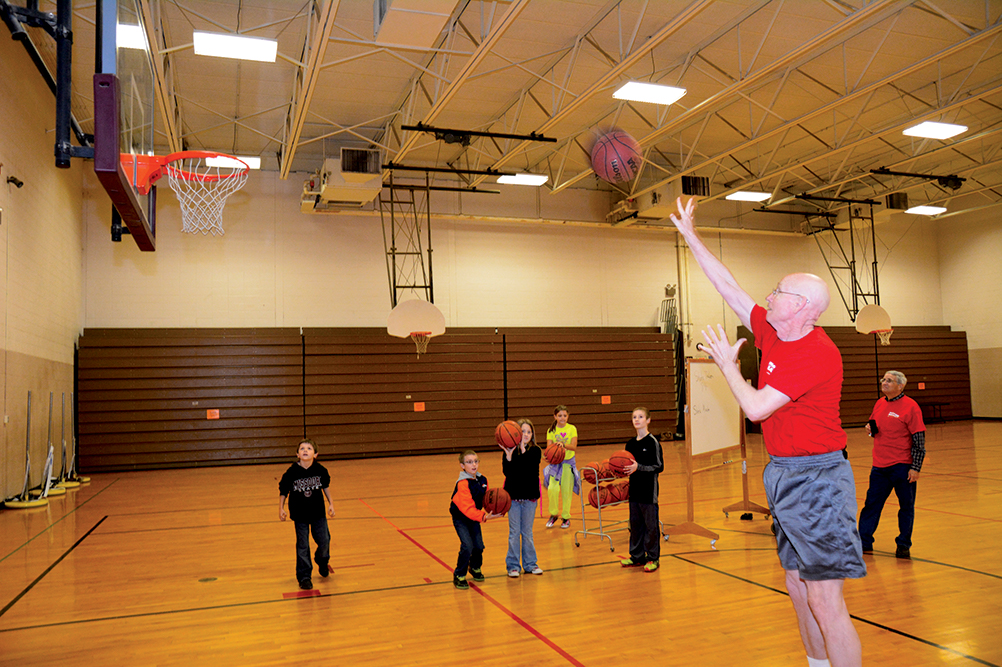 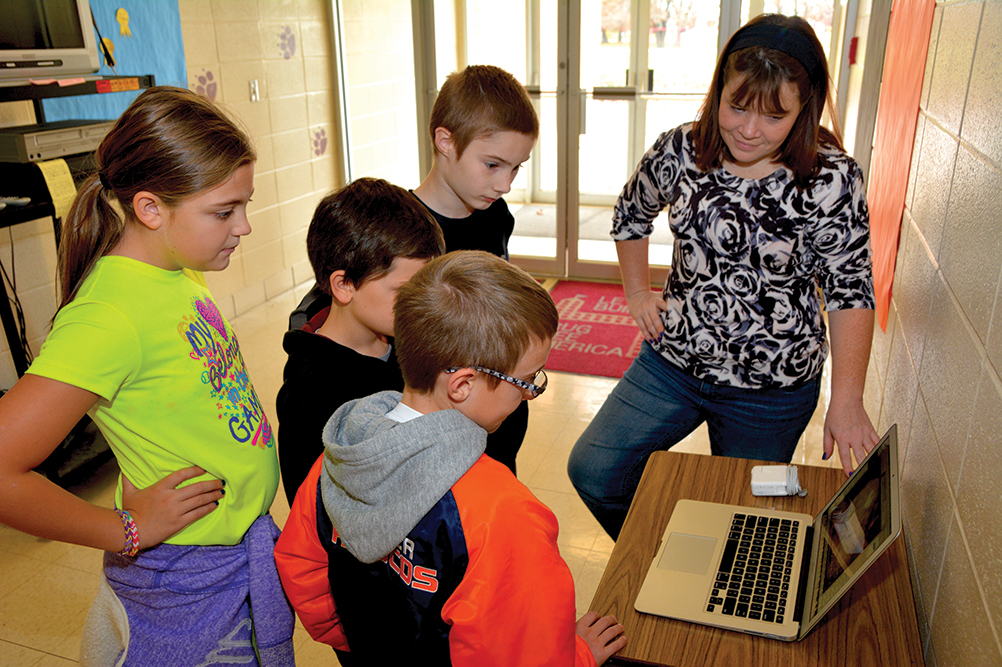 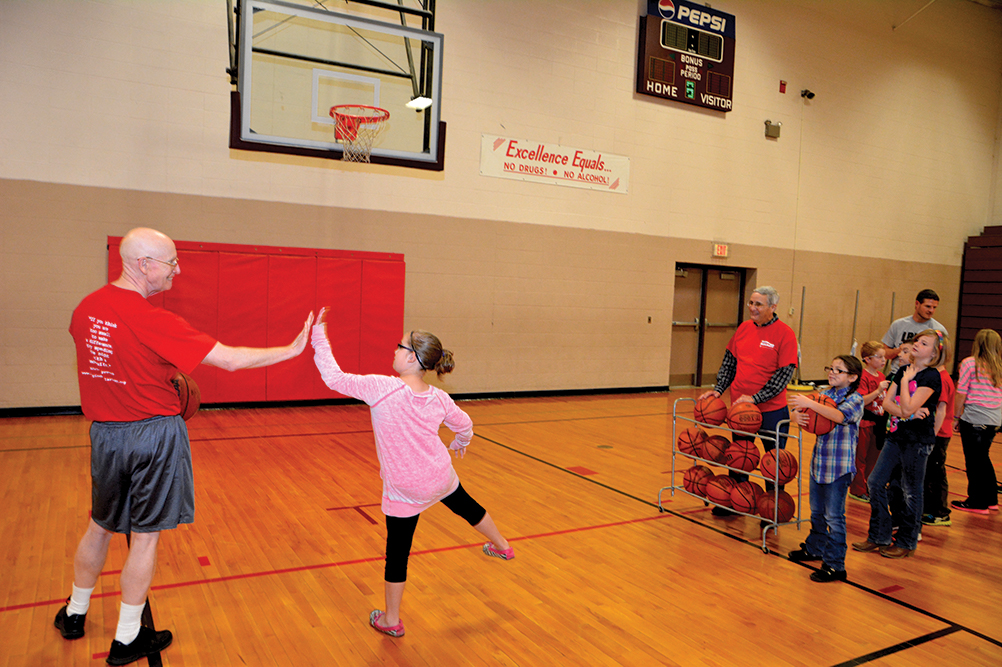 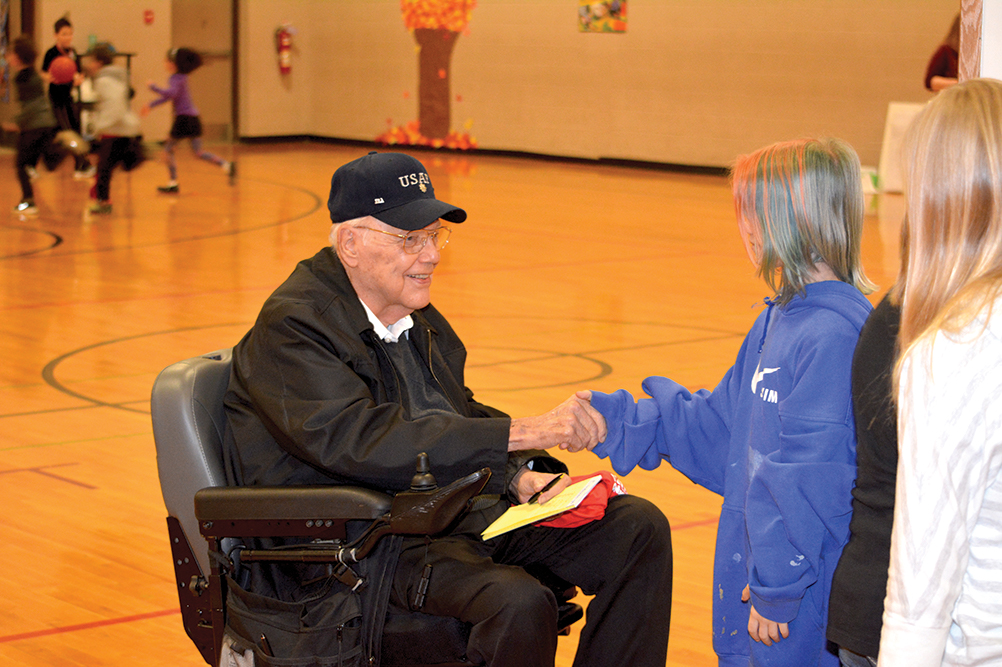 "I started going to the YMCA about four months ago, and asked them what I could do to prepare,” Rawley, pastor of Rogersville UMC, said on the day of his event.

They were helpful at the Y, and put Rawley on a regime of core-strengthening exercises, had him bouncing an eight-pound medicine ball off the wall, and taught him how to use his legs more when he shot, rather than just his arms.

“It’s such a joy to be part of this, and to have the robust health to be able to do it,” said Rawley, who is 69 years old. Rawley got the idea from his friend Bruce Davis, the former pastor of Campbell UMC who now serves in Nebraska.

“I’ve been so blessed in my life,” Rawley said. “My grandchildren are healthy. I want children in Africa to have that same chance.”

The link between basketball and malaria goes back to the Nothing But Nets campaign, when Sports Illustrated columnist Rick Reilly wrote about how nets, like basketball and soccer nets, are used for sports, and people should come together to provide mosquito nets for Africa.

Rawley’s event was much more than an awareness event or a fundraiser, it was an educational experience for the children of Rogersville. Rawley took his shots in the gym all day, while all of the students of the Logan-Rogersville Upper Elementary School rotated through stations in small groups.

At the first station Rev. Kim Polchow, the pastor of Bois D’Arc and district coordinator for Imagine No Malaria, mentioned how she slept under a bed net while in China. At her station she showed a clip from the Discovery Channel show, “Monsters Inside of Me,” that explained the science behind how malaria attacks the body. The standard Imagine No Malaria materials couldn’t be used, because they were in a public school and the presentations couldn’t come from a church.

“It was a little touchy. We celebrated our partners in Imagine No Malaria as we proposed this. We couldn’t come here as United Methodist pastors,” she said. Rawley was acquainted with the superintendent of schools, which helped during the initial proposal. 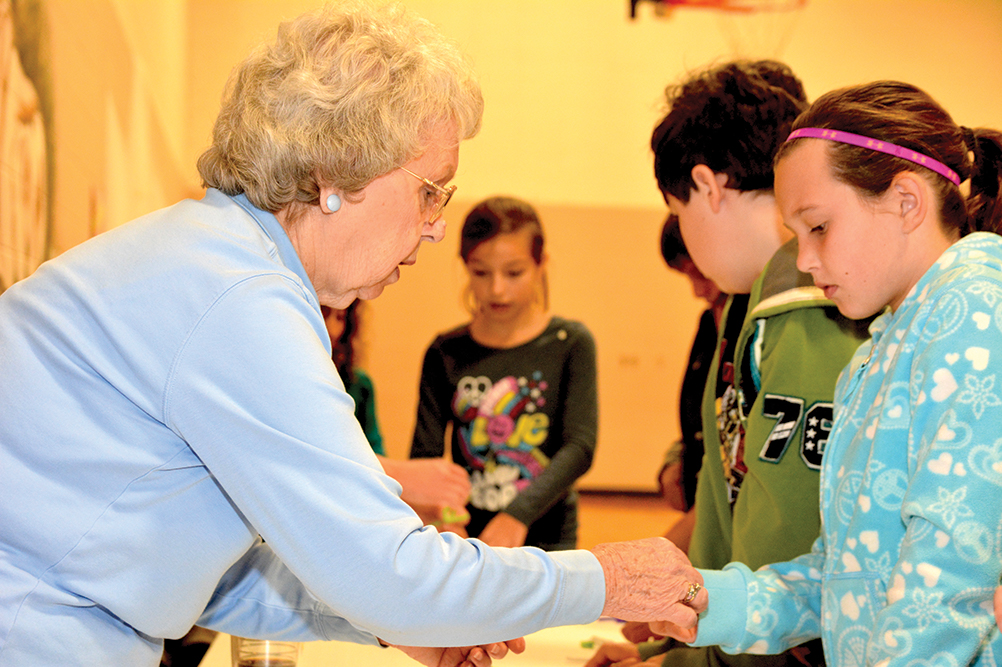 The next stop was in the gym with Rawley as he took his shots. As each new group of children came in, Rawley spoke to them about the cause, and told them that they are an important part of the team, because they retrieve his shots and keep him supplied with balls, so he’s not spending time and energy chasing basketballs around the gymnasium.

“I couldn’t do it without you,” he said.

But each time before he took his first shot, he introduced the children to his counter, Bruce Williams, a volunteer from Campbell UMC in Springfield. Rawley told them how Williams was a navigator in the Air Force and had flown 3,600 hours, and was injured in a crash landing. Being Veteran’s Day, the children shook his hand and thanked him for his service.

At the next station, a volunteer and a PE coach had the children making mosquitoes out of pipe cleaners, and then hanging them up on a net.

“I don’t know how I let her talk me into this,” Beverly Bunting, a volunteer from Bois D’Arc, said after she had helped a few hundred children make pipe-cleaner mosquitoes.

After this station the children were turned loose to shoot baskets on their own for a rotation. Finally, their last stop was with Christine Mhonda, a Missouri State University student from Zimbabwe. She showed a video about life in Africa, and invited students to ask her questions about her life. Questions ranged from have you seen (an elephant/a lion) to do you have (ice cream/pizza).

“I’m getting tired of talking, but it’s good,” she said at about 11 a.m. “The children are all so excited.” Early in the day Rawley had made 147 out of 247, once making nine out of ten. After he had topped more than 500 shots, Williams noted that he had only had three “clunkers” that missed the rim. The children were attentive, but weren’t about to give Rawley a free pass. After he missed a few in row, one boy asked, “Are you trying hard?” He had an incentive to try hard. A couple of people had pledged to donate to Imagine No Malaria based on how many shots he made.

The effort of one shot after another took its toll. Rawley struggled to catch his breath and toweled off his head when he took a moment to answer a few questions from a local reporter. He would have been able to conserve more energy if he had been able to curb his enthusiasm a little. After every successful shot, he would shout “I made one, Bruce!” and then clap a couple of times.

Extra energy wasn’t needed, though. Rawley kept shooting all day. He had taken his 1,000 shots, but the children kept coming. “The good Lord kept me motivated,” Rawley said. He kept shooting so that all of the children could take part in the event. At the end of the day, he had shot 1,253 times, making 613.

Rawley wasn’t the only one who was exhausted. By lunch time all five stations were tired from dealing with a procession students. By the end of the day they had spoken to 550 students about malaria.

Polchow said she appreciates having both Ozarks districts working together toward a common goal. “Cliff and I never knew each other before this, because he was Ozark South and I was Ozark North,” she said.

Rawley himself raised about $1,000 from sponsors for shooting more than a thousand shots. A couple weeks after the event, he received word from the school that the children had raised about $1,000 for Imagine No Malaria on the own. He gets choked up just talking about it. 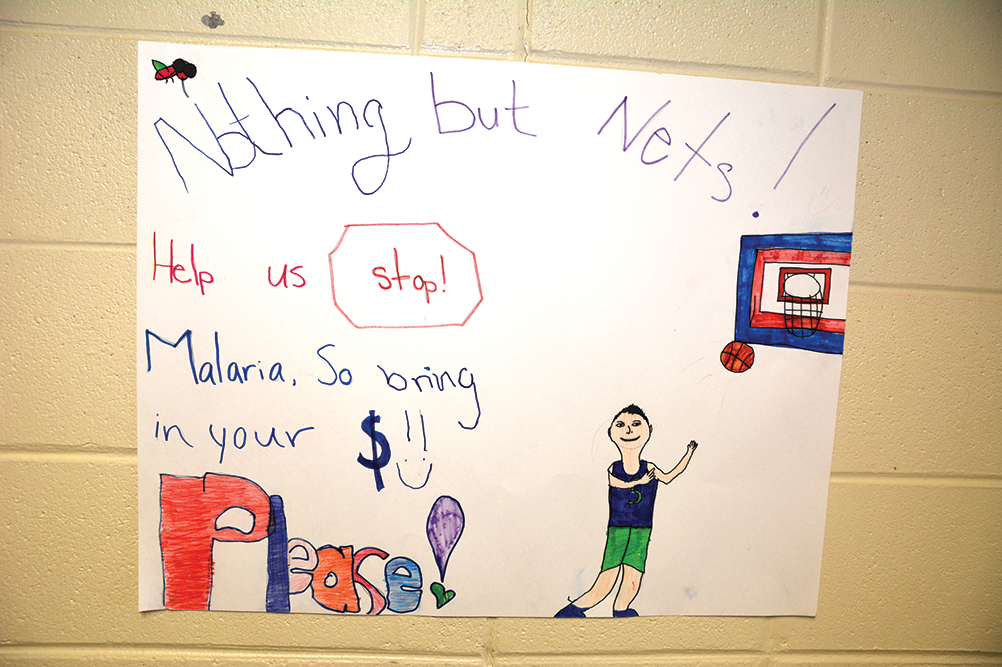 “God is so wonderful,” he said. “When I heard the news I got so excited that I just had to go down to the gym and shoot baskets for about 45 minutes.”

For more about Imagine No Malaria, go to www.imaginenomalariamo.org.