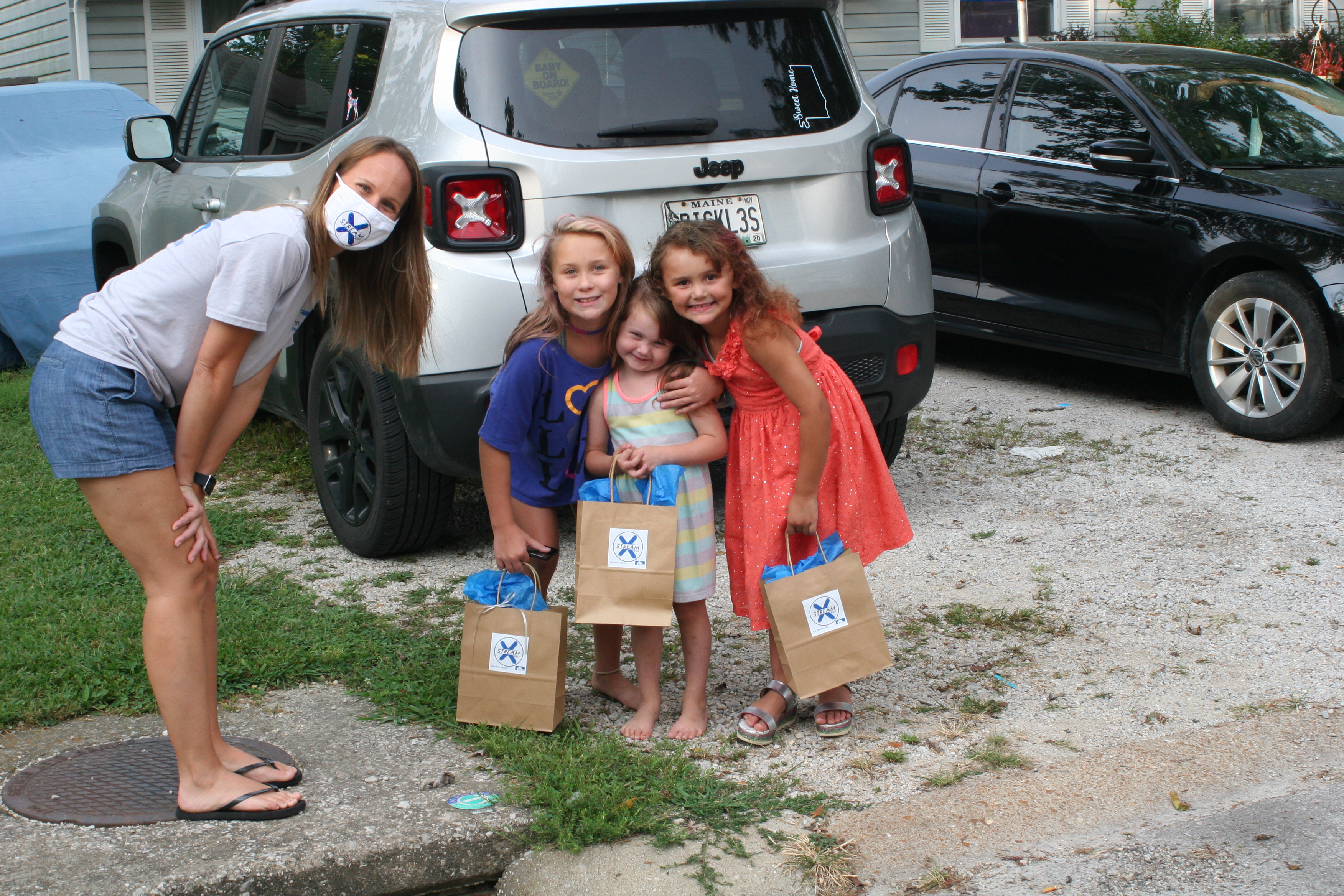 When worship shifted to online at The River church in Eureka last spring, a question that came up right away was “What about the kids?” Camps were canceled, and children seemed less engaged in online worship. Trying to convince them to do another online thing while they were struggling to learn online school didn’t seem like the way to go. They were searching for a way to let the community know that the church was still open – just in a different way. Then Rev. Tim Schulte had an idea of a way to make connections through the summer: ice cream. Rather than asking people to come and gather for ice cream in traditional ice cream social fashion, the ice cream would go to the neighborhood via an improvised ice cream truck.

Jenny Babb, director of children’s ministries at The River, put the “X-Stream Kids” banner on the side of the church bus, cued up ice cream music on her phone, and blared the music out the bus windows with a PA while her and her husband drove through neighborhoods very, very slowly. They did this every Saturday evening for the entire summer.

“It was a great way to get out into the community and give people the opportunity to know who we are,” Babb said.

They would run a different route each week, hitting different neighborhoods. They would let any church families in the area know they were coming, but they also promoted what they were doing publicly on things like neighborhood Facebook pages and groups. On a typical run they would give out about 30 ice creams, but on hot nights it would get up to 50 or 60.

“Sometimes we would just be in the right place at the right time,” Babb said. “It was great to reconnect with the kids we hadn’t seen in a while, but also great to meet so many children in the community that we didn’t know. It was amazing to see kids we didn’t know at the curb waiting for us.”

A church bus can have ice cream music, but it doesn’t have a freezer. Babb went through many bags of ice, limited runs to two hours, and made adjustments as needed.

“We tried ice cream sandwiches, but when those get a little soft it’s a disaster,” she said. Ice cream cups worked better, as did popsicles.

In addition to the ice cream, the church gave out goodie bags that had activities, custom face masks and an outreach letter from the church.