From Mozambique to Northern Missouri 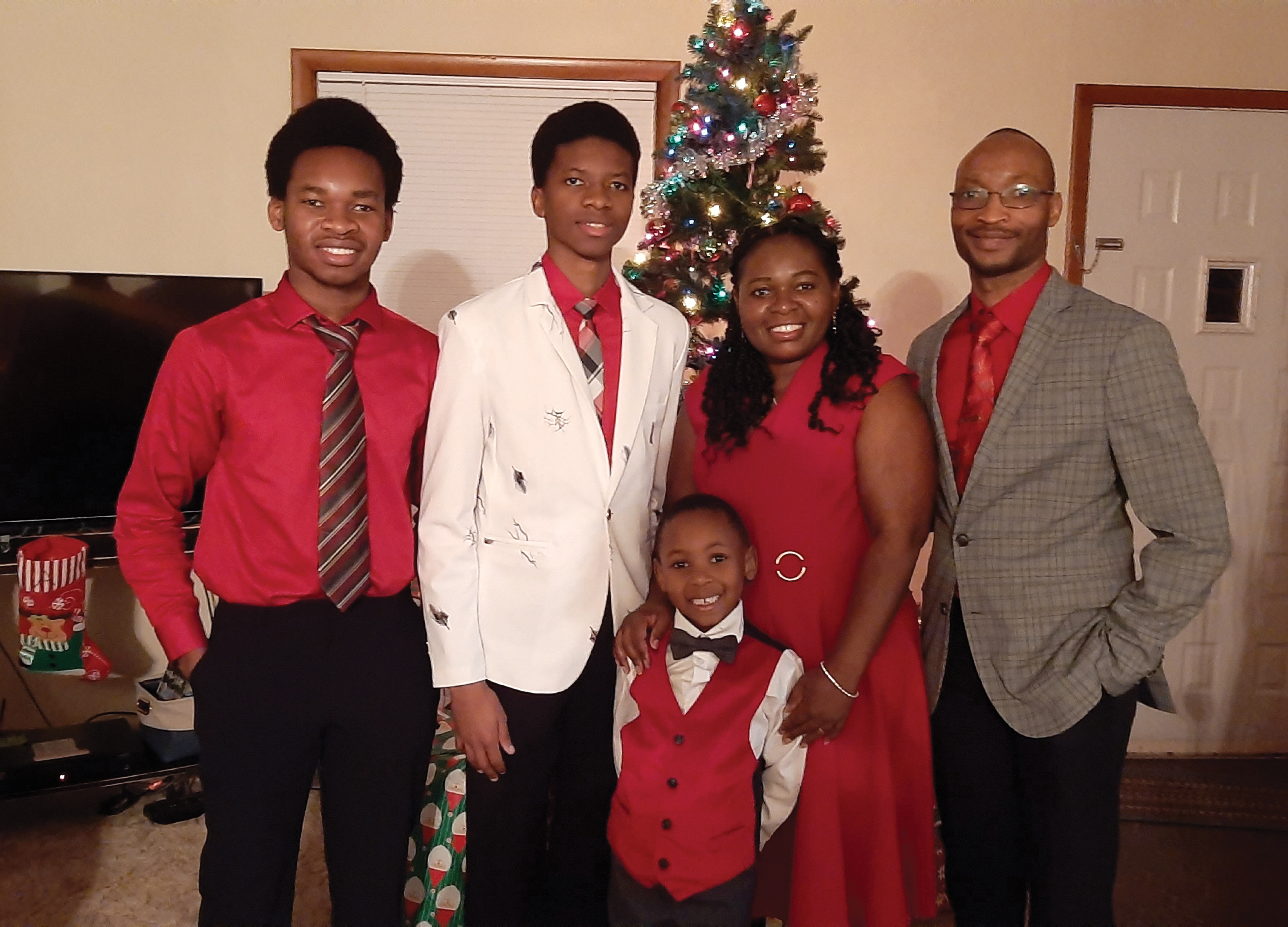 A  friendship that was forged by a Mozambique Initiative Volunteers In Mission team lead to a family relocating to Missouri to serve churches here.

Rev. Naftal Naftal had no thoughts of moving to the U.S. when he visited Vermont in 2003: Nor did he consider it when he visited Missouri in 2005. At the time he was on staff for the Mozambique Conference, but he wasn’t a pastor. He was coordinator of the Volunteers In Mission teams that were coming from Missouri to serve in Mozambique.

But he recognized his call to ministry while working for the Mozambique Conference. He started seminary in Zimbabwe in 2007. He was ordained deacon in 2012 and elder in 2014.

After that Naftal and his wife started considering living somewhere other than Mozamabique, but they didn’t know where. His friend from Savannah, Missouri, Rev. Cindy Buhman, encouraged him to give Savannah a try.

Naftal started looking into it, but didn’t want to consider it if he couldn’t bring his family. It worked out that he could if he continued his studies, and he moved here in 2017. He started a program at Missouri Western State University in St. Joseph and earned his master’s degree in technical communications.

“She (Buhman) was the key person who made our move here possible,” Naftal said.

Buhman had led mission teams from Missouri to Mozambique and met Naftal through that process. As plans developed for the family to move to Missouri, a couple from Savannah offered to let Naftal and his family stay in a furnished apartment in Helena rent-free.

Naftal’s first concern about moving from Maputo, a large city, to such a small town was that his children wouldn’t have other children to play with.

His children were ages 2, 11 and 14. He said they made the adjustment to school here easily and made lots of friends. About the time they were getting used to living in Helena, they moved to Keytesville. The town was a little larger, but the school was smaller.

“K-12 was all in one building. My children found that somewhat hard to get used to,” Naftal said.

The next move was to Salisbury, a nearby town a bit larger than Keytesville.

“We were ascending,” Naftal said, referring to the size of town. “It is a kind of progress.”

But changing appointments during 2020 was a “great challenge.” When worship went online during COVID-19, Naftal started livestreaming from his home. A positive thing that came from it was that the church is now still offering worship online, in addition to in-person services.

After being here four years, the Naftal family has adapted to Missouri well, but still maintain their culture and heritage. Meals at their house still include a lot of rice, but the children’s diet has become more Americanized.

“Our first meal of the day is traditionally hot tea and bread,” Naftal said. “The kids don’t care about having tea.”

During a transitional time, Naftal had to not work for six months while awaiting approval of his religious worker visa. He will have to renew in January.

“For the time on the visa, they start counting from the day the application is submitted, not from when it was approved,” he said.

Naftal uses WhatsApp to communicate with people in Mozambique, and sometimes has Zoom meetings with his family. His family speaks Portuguese at home to help the children remain bi-lingual. The older children are skilled in both languages, but the youngest is better in English than Portuguese.

“When I learned English, I didn’t know how far it would take me,” Naftal said. “It is one of the tools that got me to where I am today.”

Naftal was planning on accompanying Waynesville UMC on a mission trip in Mozambique in 2020, but it got canceled. He accompanied a group of people from Mozambique on a tour around Missouri in 2016.

A practice he does to share his culture at the churches he serves is having a Mozambique Sunday Service, in which they do the worship service in the same way that it is done in Mozambique, to the order of worship, how the offering is brought forward, to the songs being sung. It concludes with a meal of Mozambique-style food.

“It’s interesting to hear the songs from Mozambique being sung by Americans in Xitswa,” he said.