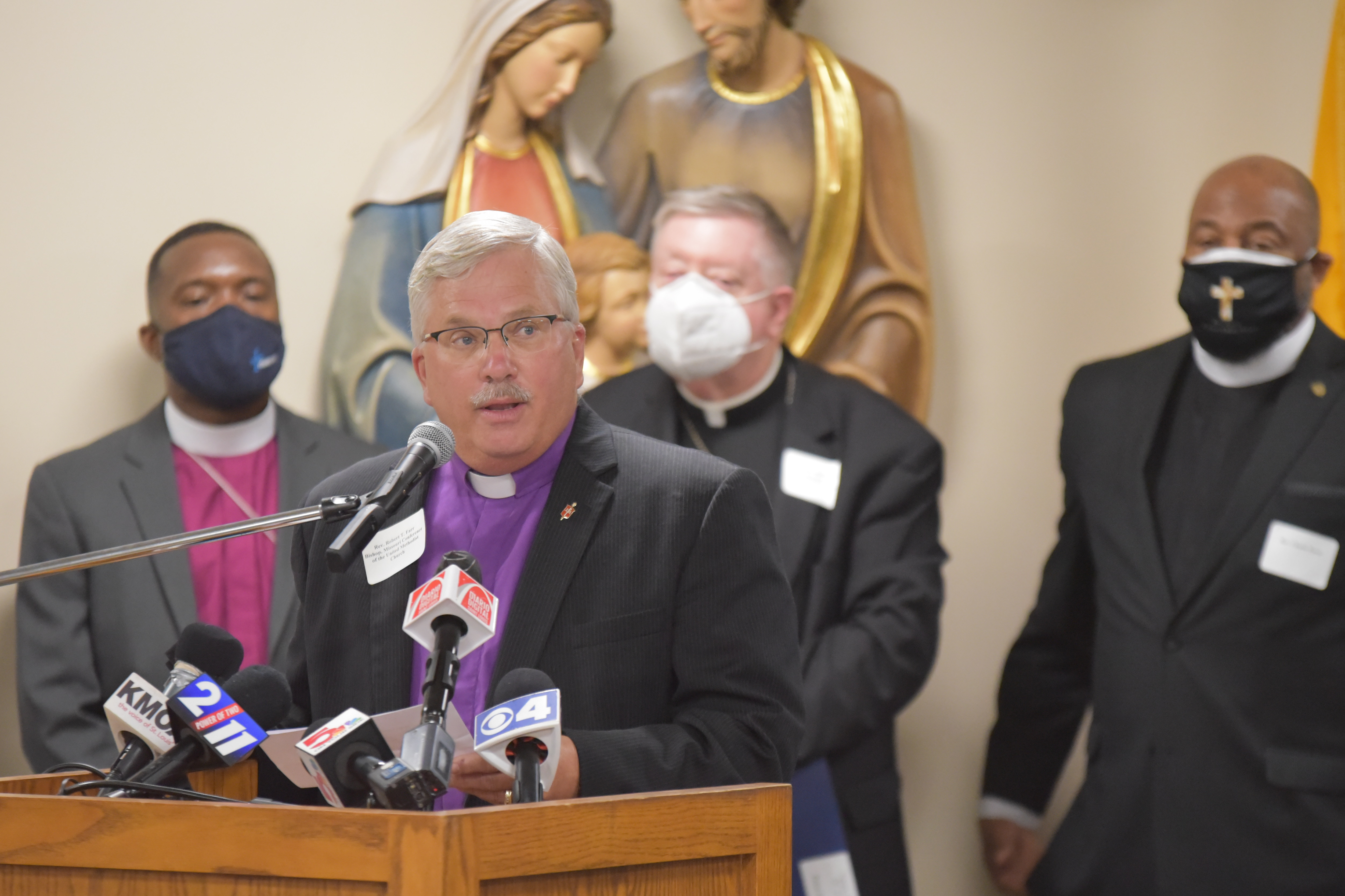 The bill would allow people to bring weapons into a church without the permission of the congregation’s leader. Archbishop Rozanski and the dozen other attending faith leaders oppose this bill and believe that the legislation, if passed, would broaden the scope of the Second Amendment at the expense of the First Amendment—infringing upon religious liberty.

“As a bishop of the United Methodist Church of Missouri, my heart breaks over every new instance of gun violence in this country. Whether in our schools, places of business, urban or rural areas, no place seems immune from the violence,” Bishop Farr said. “I worry for our children. I worry for my colleagues in ministry, the laity in United Methodist Churches and our brothers and sisters in Christ all across this country.”

All of the faith leaders present expressed opposition to a government rule that would remove local control from churches.

“I cannot support any bill that might negatively impact the safety of a local church and remove the ability of the local church to self-govern,” Bishop Farr said. “Missouri statutes have long exempted churches as places in which individuals might freely carry firearms. This exemption is critical to maintain our local autonomy and religious liberty.”

Rev. Traci Blackmon, Associate General Minister of Justice & Local Church Ministries of the United Church of Christ, described the legislation as an intrusion on the rights of people of faith, infringing on their ability to be able to decide for themselves how to protect themselves on their own property. Rev. Linden Bowie, President of the Missionary Baptist State Convention, said he couldn’t wrap his mind around what legislators were thinking with this proposal to impose regulations on churches.

“Woe unto those who make unjust laws,” he said, quoting Isaiah 10:1.

The bill passed the Missouri House of Representatives last week by a vote of 109 to 36, and it is now being considered by the Senate. The full text of the bill can be found at https://house.mo.gov/billtracking/bills211/hlrbillspdf/1836H.02P.pdf.  Lines 97-101 on page 21 removed churches from the list of places that can determine their own policy regarding firearm possession.