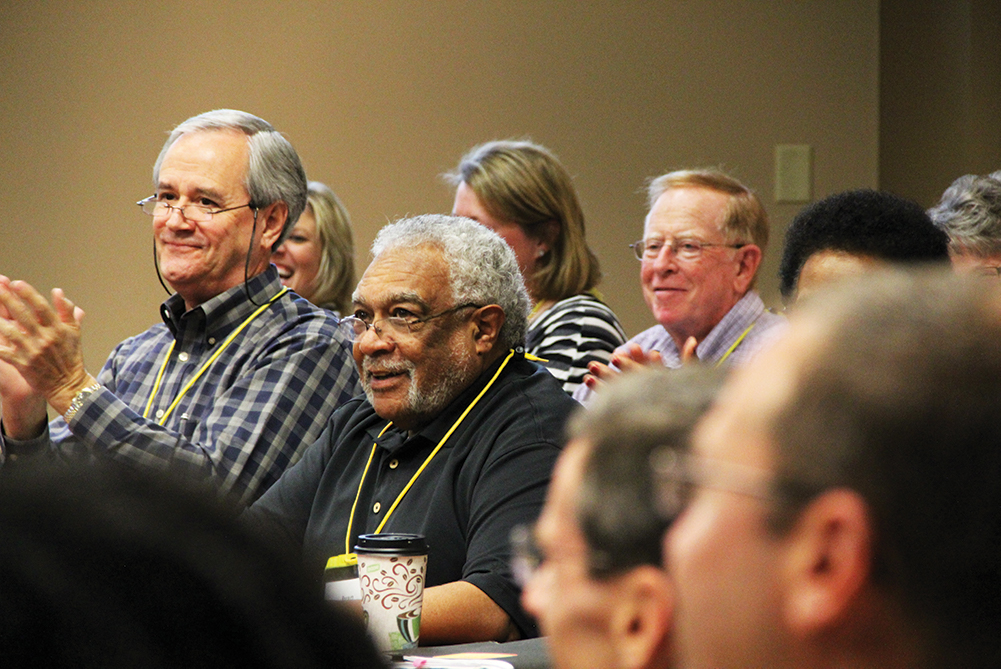 By The Camping and Retreat Ministries Board

Following two years of research and analyzing various options, the Camping & Retreat Ministries Board, over the past month, has outlined a bold new approach to camping and intentional faith development of next generations. On October 9, that new direction got a major boost of support when leaders of the Missouri Annual Conference met and gave their affirmation.

This was an open meeting and was attended by three leadership teams of the Missouri Conference: the Mission Council, the Council on Finance & Administration, and the Board of Trustees. Rev. Ron Watts, Camping Board Chair, and conference staff members Rev. Garrett Drake and Dan Steska talked about the past, the future, and the opportunities in front of the conference. Rev. Watts explained that with fewer people under 35 attending church, the need for intentional faith development is huge; we can no longer limit ourselves to one method – residential camping at our four properties.

The goal of the Camping Board is that we would utilize the resources that have been going towards our existing camp structure to better align ourselves with the mission of the conference.

Their plan is fluid and will expand over the coming years to include other methods and approaches. At this point there are five major components:

To get to this new future, the Board believes the four camp properties need to be closed. Since the bulk of the Camping Board’s energy, efforts and resources are focused on these properties, selling them will allow expanded work in reaching new generations for Christ and his church. Following the presentation, questions were fielded and the committees were presented with the opportunity to vote no. Both the Mission Council and CF&A unanimously affirmed the Camping Board’s new direction and the Conference Trustees affirmed with one no vote. Thus, a proposal will be brought to the 2015 MO Annual Conference to authorize the sale of the existing camp properties.

In the coming weeks, the Camping Board will release a series of FAQ documents and forums will be held across the state to give people an opportunity to address these changes.
News