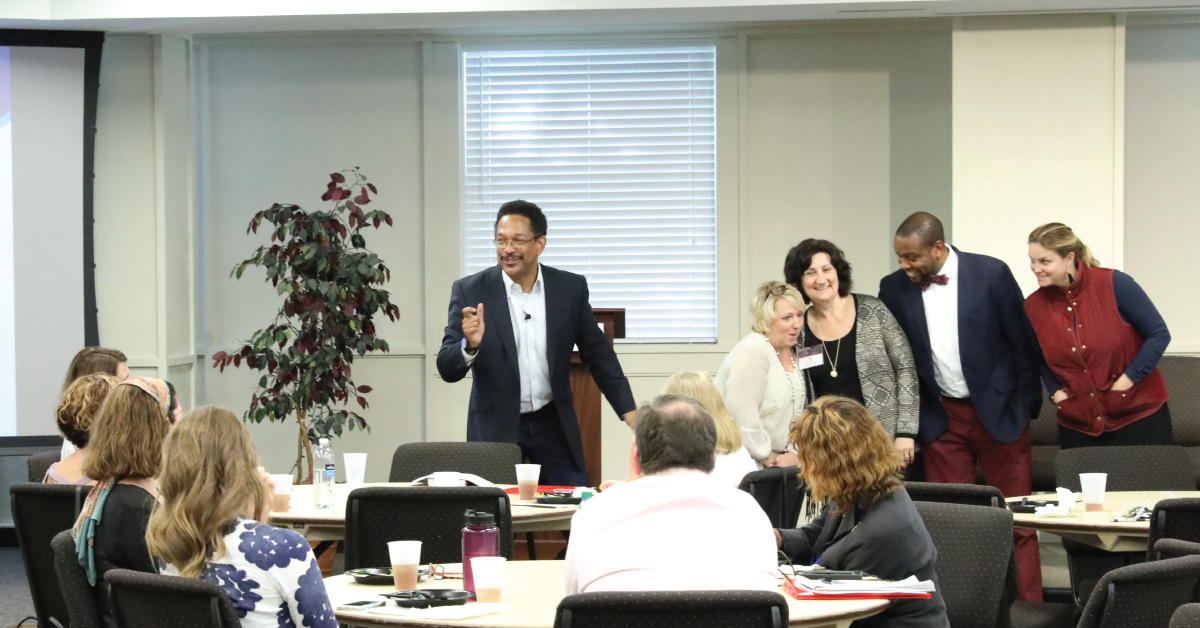 Rev. Stephen Handy has a criticism of the church: It has stopped telling stories well. Sometimes that may come from a lack of courage.

“God, I’m reporting for duty today. Where would you have me go?” Handy said in offering advice of how to start your day. “You have to be a risk taker to do this work.”

Handy was addressing a group communicators assembled at the General Board of Higher Education headquarters in Nashville. Handy is a pastor in Nashville. Many people in Missouri know him as the son of Bishop W.T. Handy, who served the Missouri Area from 1980 to 1992. He encouraged the communicators to not worry about how well liked they are.

“The idea is not to be popular but to be transformative,” he said. “That’s not to say you should spout opinions that come from within. Listening is required and often undervalued.” Handy noted that he’s taken several courses on public speaking but none on listening.

Having all the answers isn’t required to disrupt people’s attitude of complacency, Handy said. Jesus Christ often wouldn’t give answers but would leave people with questions, noting in the scripture that when asked questions, Christ answered back with a question two times to one.

Handy said that now more than ever, clear communication from the church is important.