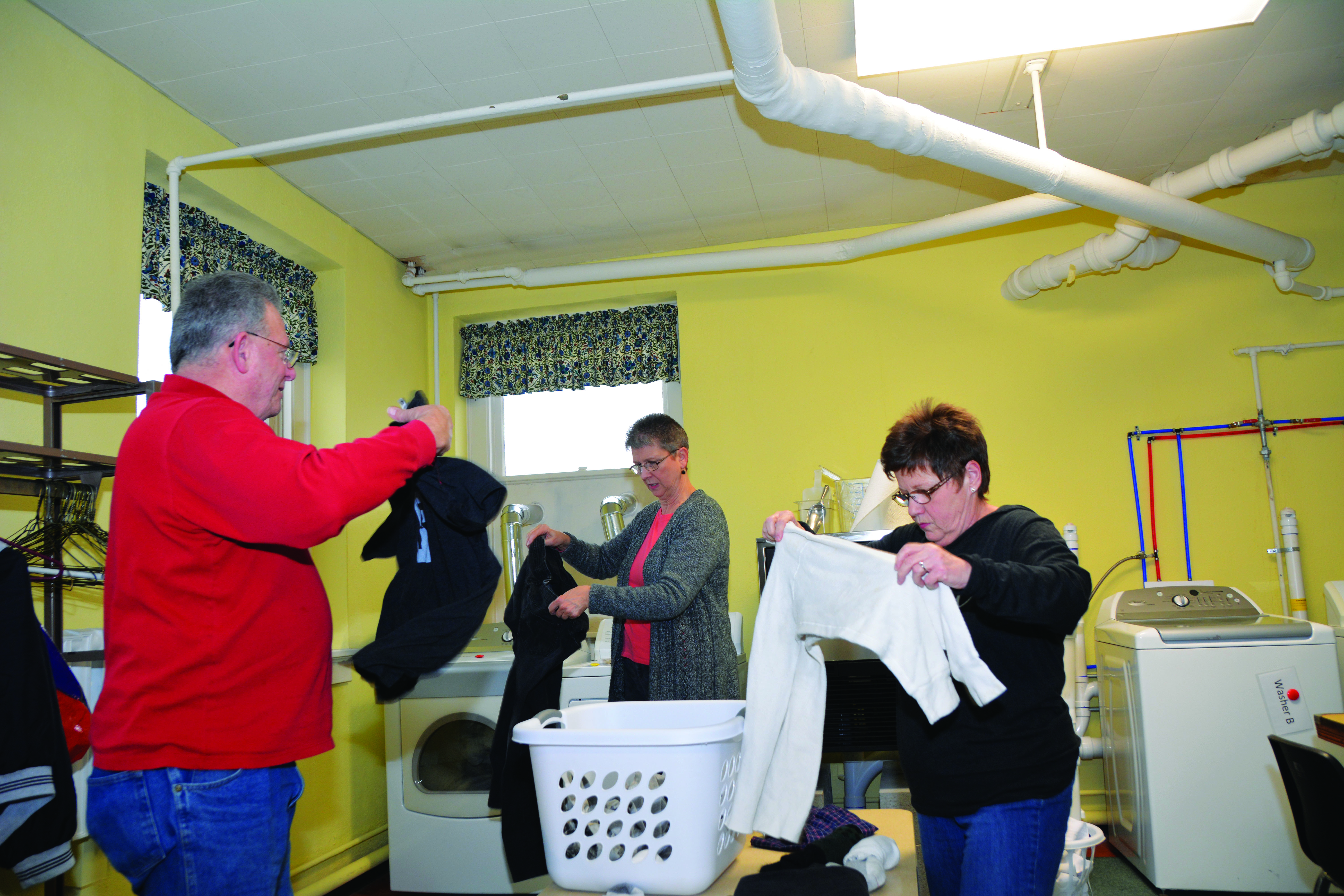 Laundry ministry is the newest service that Grace and its partners offer to impoverished people in community.

People in need in Springfield now have a new place to get their laundry done: Grace United Methodist Church. The church started offering a free laundry service in February. Laundry is just the most recent in an expanding list of services that Grace offers to the homeless and impoverished in Springfield.

Grace UMC is large, historic downtown church with a grand sanctuary, expansive classroom and fellowship space, and a congregation with an average weekly attendance of 58. It would be easy for a congregation of that size to see just trying to keep up basic maintenance on their building as a large enough task to consume them. But Rev. Melissa BaileyKirk works to come at things from an attitude of abundance rather than scarcity.

“If you offer what you have, and ask for what you need, there will be more than enough,” she said.

On the offering side of things, one thing that Grace has is space, because they are in a facility that was constructed for a much larger congregation. The other thing it offers is place, or actual geographical position. Grace is located in the heart of the community where many homeless and distressed people find themselves.

In terms of asking for what they need, one of the things on the top of the list is peoplepower. King’s Way UMC in Springfield met that alongside partnerships Grace has developed with other churches and non-religious organizations that have the same passion and commitment for offering friendship and dignity to those who have no homes.

“For us, that is key - and a way for people who may not have a connection to a church see the church be compassionate, non-judgmental, and respectful of all people,” Bailey-Kirk said.

Collaboration is something that Missouri Conference leadership has been encouraging among churches. Missouri Bishop Bob Farr did a prayer walk in the neighborhood around Grace UMC last October. He asked the other churches gathered there to consider ways they could be in ministry to help downtown churches like Grace, which have small congregations but are well positioned to help the people in the greatest need in the community.

Rev. Laura Murphy, King’s Way senior pastor, was excited about the idea of the laundry ministry from the beginning. When she was at Gashland UMC in Kansas City she noticed all four laundromats that she passed on the way to church had cars in their parking lots at 7:15 a.m. on Sunday morning. She told her church members that they should be in ministry at the laundromats – that’s where the people are. And now they are – Gashland UMC does a laundry ministry where they go to the laundromats and pay for the machines for people. 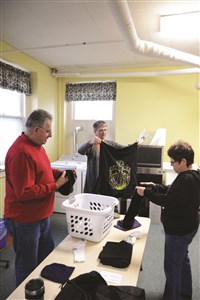 Partnering with Grace UMC made a lot of practical sense for King’s Way. Grace UMC was already partnering with churches to offer a meal to the food insecure Monday through Wednesday each week. They also have a free store that offers personal hygiene items and clothing during the meal times. Now the laundry service is another thing that happens from 3–6 p.m. on Tuesdays and Wednesdays.

Bailey-Kirk went into the laundry ministry by telling her church members they wouldn’t have to put any money into offering the laundry services, as partners would cover expenses. King’s Way member Allen Kuhn got the ball rolling by doing the necessary plumbing and wiring to install two washers and dryers in the basement. Grace received a Costner-Fulton grant from the Missouri Conference Mission, Service and Justice Ministries. Debbie Beydler at King’s Way UMC took on the task of coordinating volunteers. Murphy and Bidler said King’s Way UMC had been looking for more opportunities to be directly involved in mission in the Springfield community.

“People want to make a difference,” Bidler said. After she left Gashland UMC has on a few occasions taken an offering of quarters of Sunday morning, then gone to the laundromat the following Wednesday to pay for people’s laundry and spend some time getting to know them.

The people who come for the meal, whom Bailey-Kirk always refers to as friends, drop off their laundry with volunteers at a table. It is then washed and dried while they eat dinner. Depending on the volume, they may get it back that night or the next day. A formerly unsheltered person, who now lives in an apartment in the church, gets a small stipend for finishing up the laundry that doesn’t get done by the volunteers.

Before offering the laundry ministry, people who were there for the meal were often trying to hang wet clothes up to dry anywhere they could for the few hours they were there. Now on wet days the ministry puts a priority on drying socks and clothes so people have something dry to wear when they leave.

Janicee Forck has been coming to meals at the church for a while and started using the laundry ministry as soon as it was available. She’s been homeless for a year and a half and is pregnant. She stayed in a shelter for awhile, but used up all of her allotted time. At the time that this story was being reported, she was staying in a motel. Sometimes she stays with friends. Sometimes she sleeps outside.

“The food here is always good,” she said. “This is a good place. I like coming here. Especially the free store, where I get food and clothes. Being able to have laundry done here, too, has been really nice.”

Bailey-Kirk interacts with her friends at the church as they arrive and sits with them as they wait for dinner. She knows their names, and as much about their situations as they want to share.

“Grace has become known as a location for struggling people to come,” Bailey-Kirk said. “I’ve developed a relationship with some. It has changed my life.”
News