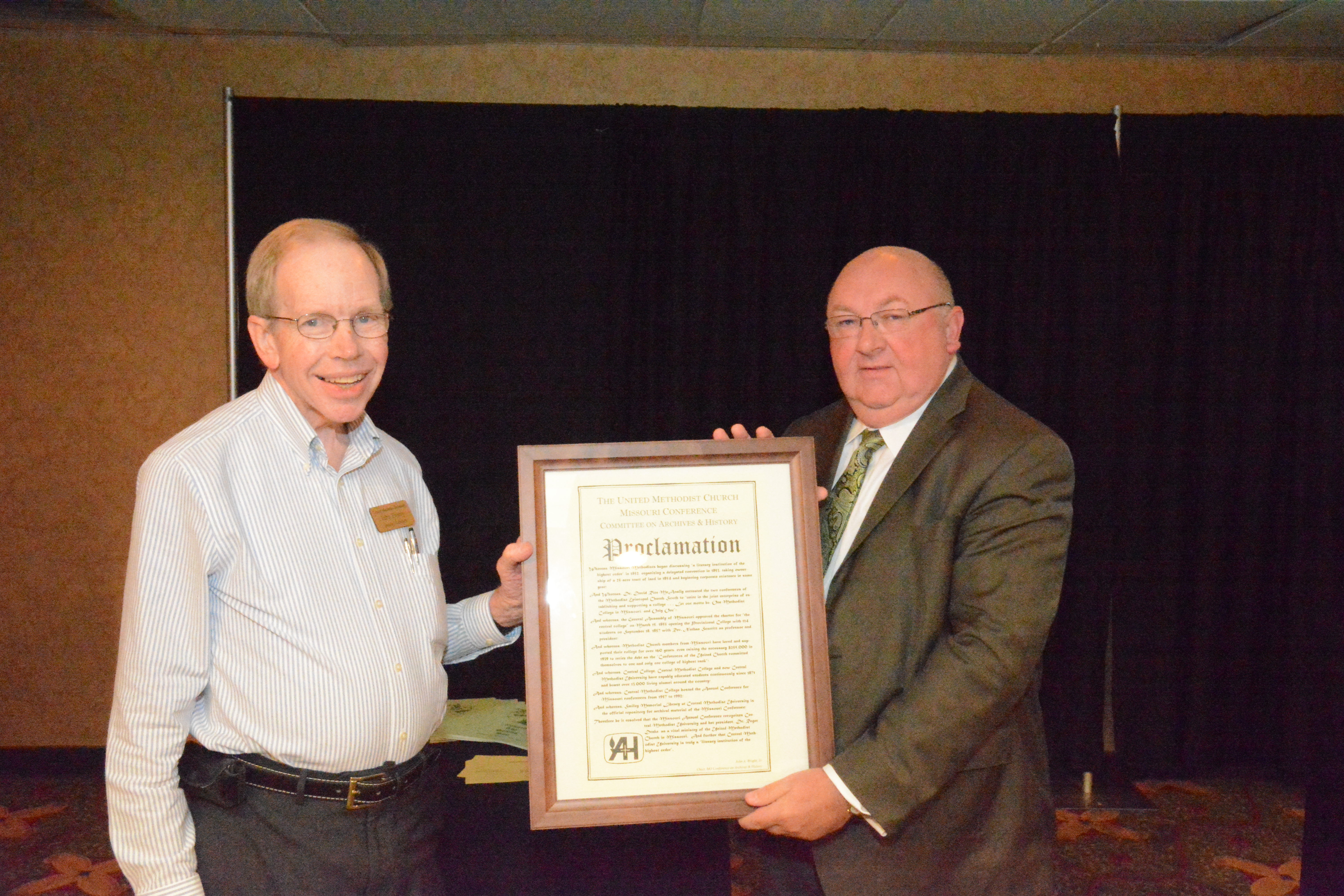 Central Methodist University President Roger Drake opened his remarks at the Missouri Annual Conference Archives and History breakfast by acknowledging that it was an intimidating crowd.

“I’m a Kentucky accountant, here to talk to Missouri United Methodist historians about the history of Central Methodist University,” he said. He had done his research, going back to the very beginning, when Fayette was chosen as the site for Central College after it was passed over for the University of Missouri which was started in Columbia. Nathan Scaritt was the founder, and one unique thing about the college was that it was the only one in Missouri.

“From the beginning, this was to be the only Methodist supported school in the state,” Drake said, noting that there are 119 Methodist colleges across the country. His home state of Kentucky has three, Illinois has four.

He said he believes the intentionality on only one college was a bold vision to tightly couple the college and church, and allow resources to be consolidated into a single institution of high quality.

In the late 1940s and early 1950s the Methodist Church declared discrimination to be “unchristian and evil,” and petitioned the school to admit people of color. In 1961, the board of curators changed the name of the school from Central College to Central Methodist College.