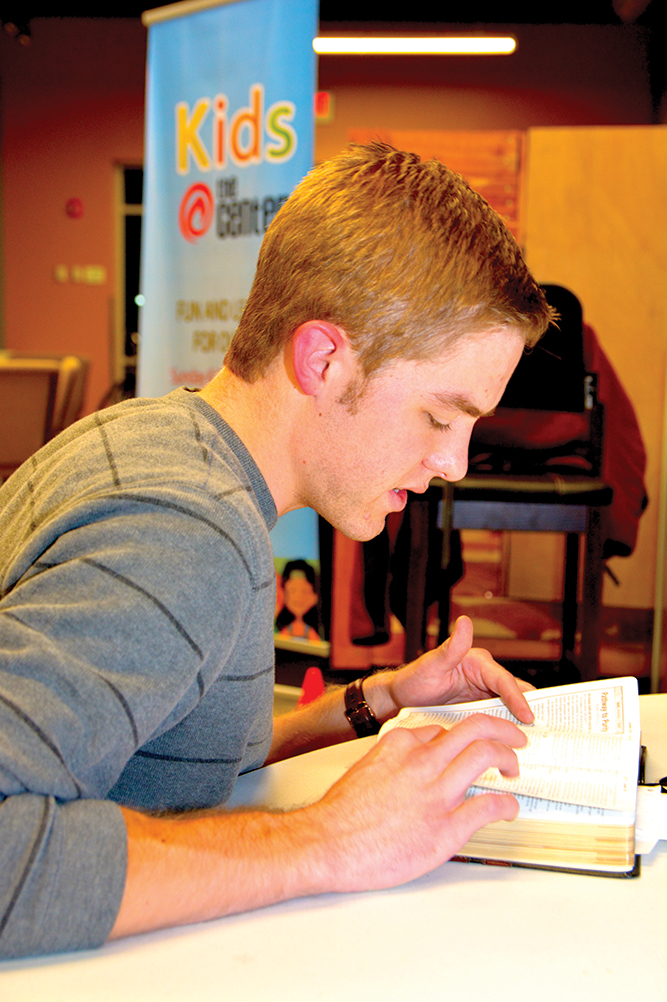 Church @ the Center in Springfield is a faith community centered on new generations of non-religious people finding life change through following Jesus Christ. It’s a missional church, very focused on being in ministry with the community right outside of its door. It’s new, and it’s trying to be the living manifestation of the ideals that other United Methodist Churches are expressing across the connection.

The United Methodist Church is exploring new and creative ways for launching new churches. Church @ the Center is a “Church within a church” model, and is part of Schweitzer UMC. Schweitzer UMC has been in very active ministry to impoverished people for years, taking its food pantry ministry so far as installing a walk-in cooler and purchasing a box truck for food pick-ups. But the church had not been very successful in making outreach an effective component of its ministries of mercy. When the church recently participated in the Healthy Church Initiative process, this gap was highlighted.

Mark McKnelly, pastor charged with launching Church @ the Center, understands that some people who have been trapped in a cycle of poverty may enter into the church culture with a consumer mentality, focused on what the church can provide to them. He tries to address that at the beginning, teaching that being part of a church is about putting yourself forward to meet the needs of others.

“We’re not buying into the myth that the poor have nothing to offer. We’re doing ministry together,” McKnelly said. Schweitzer has taken the book Toxic Charity (see page 24 of the November issue of The Missouri Methodists) and When Helping Hurts to heart.

“We’re trying to be in service with, not to, the community,” McKnelly said. “We’ve seen the effects of doing it the other way. It’s hard to overturn that mindset and shake the old paradigm – on both sides. We want to be part of a process that is more transformational. “

Church@ the Center launched on October 20. The first sermon series was on five things that aren’t found in the Bible. The church has been averaging close to 100 adults, and about 40 children at their regular Sunday night worship service. Fewer than 15 are part of the core group of about 25 Schweitzer UMC members who began working on forming the church a year ago. It has had five baptisms, four of which were professions of faith.

“In Springfield most people have been to church at some point, but a lot of the people we are reaching are coming back to church after a long time away,” he said. 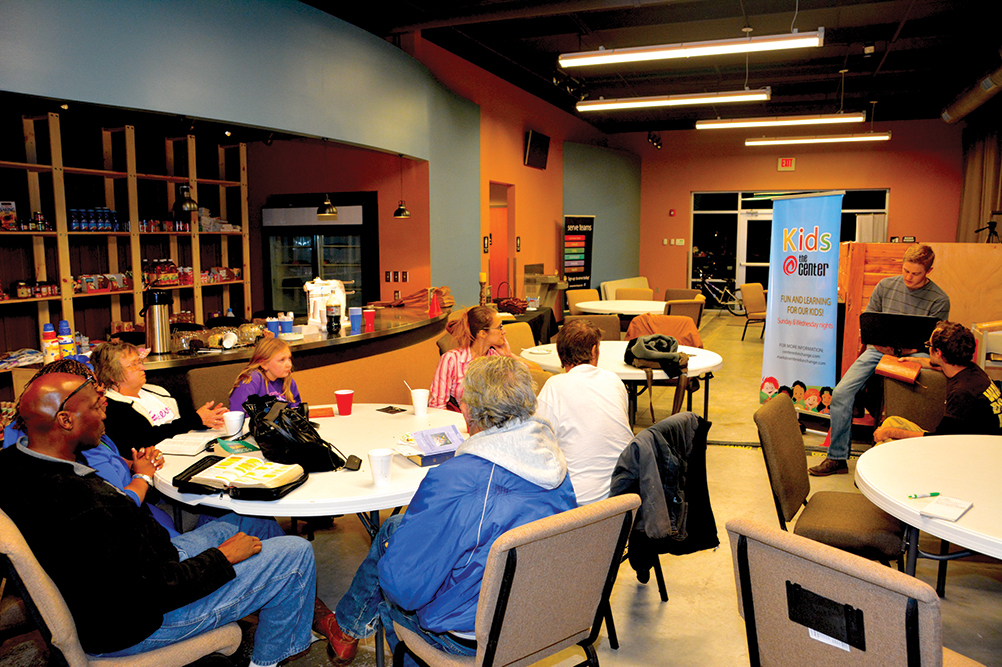 Midweek the church has a gathering where they all come together for a short fellowship time, then split into one of three groups in the categories of Bible study, life skills classes and a recovery group for people who have problems with addiction. “Sometimes people come for a meal, and they find faith,” McKnelly said.
Once a month the Church @ the Center does a service or outreach event instead of worship. But McKnelly has found that he is corrected when he says “instead.” “People have told me that from what they’ve been learning here, they now see that being in service to others is a form of worshipping God,” McKnelly said.

The church recently had a dinner and a movie night, and all of the regulars were told that they would not be let in the door unless they were bringing a guest. “I wanted this to be an outreach event, not a fellowship event that we’re doing for ourselves,” McKnelly said. The church has also offered childcare so parents can have a date night. Some people who first came to the church for that reason have now become regular attendees. McKnelly estimates about 75 percent of the congregation is from the neighborhood surrounding the church. He’s mailed postcards to the surrounding neighborhood to promote the events, and has done door-to-door canvassing.

“Most of the people showing up here heard about us through word of mouth,” McKnelly said. Many of the new people have been more proactive about bringing guests than the original launch team. Some people who have been Schweitzer members for years have told McKnelly that their friends are already church members. “If you don’t know people who aren’t already going to church, that’s a problem,” he said. “Jesus hung out with people who were outside of the church.”

Laura Brandt started going to Schweitzer UMC with her mother and sister about a year and half ago, after moving to Springfield from St. Louis. Soon she was volunteering at Schweitzer’s food pantry, and she was on-board with the Church @ the Center from the beginning.

“I thought a missional church like this is where I need to be,” she said. “Here we get down to the bare bones of what Christianity is meant to be. There’s a lot of need, and a lot of pain, among us. Maybe it’s everywhere, but here it isn’t hidden behind nice clothes or shiny cars – it’s all out there. A lot of what happens here is person-to-person support.”

There’s a very warm feel among the regulars, with a real family-like atmosphere. People greet each other with hugs. Some of them have their struggles, but they are still accepted. Once bounty hunters showed up at a service, looking for one of the people there who had missed his court date. They waited until after the service was over, then took him into custody. A few months later when he got out of jail, he was back at the church for their mid-week service. He was welcomed back warmly with hugs and pats on the back. It wasn’t easy for him, but everyone there made an effort to reach out to him.