Christmas Lights in the Country 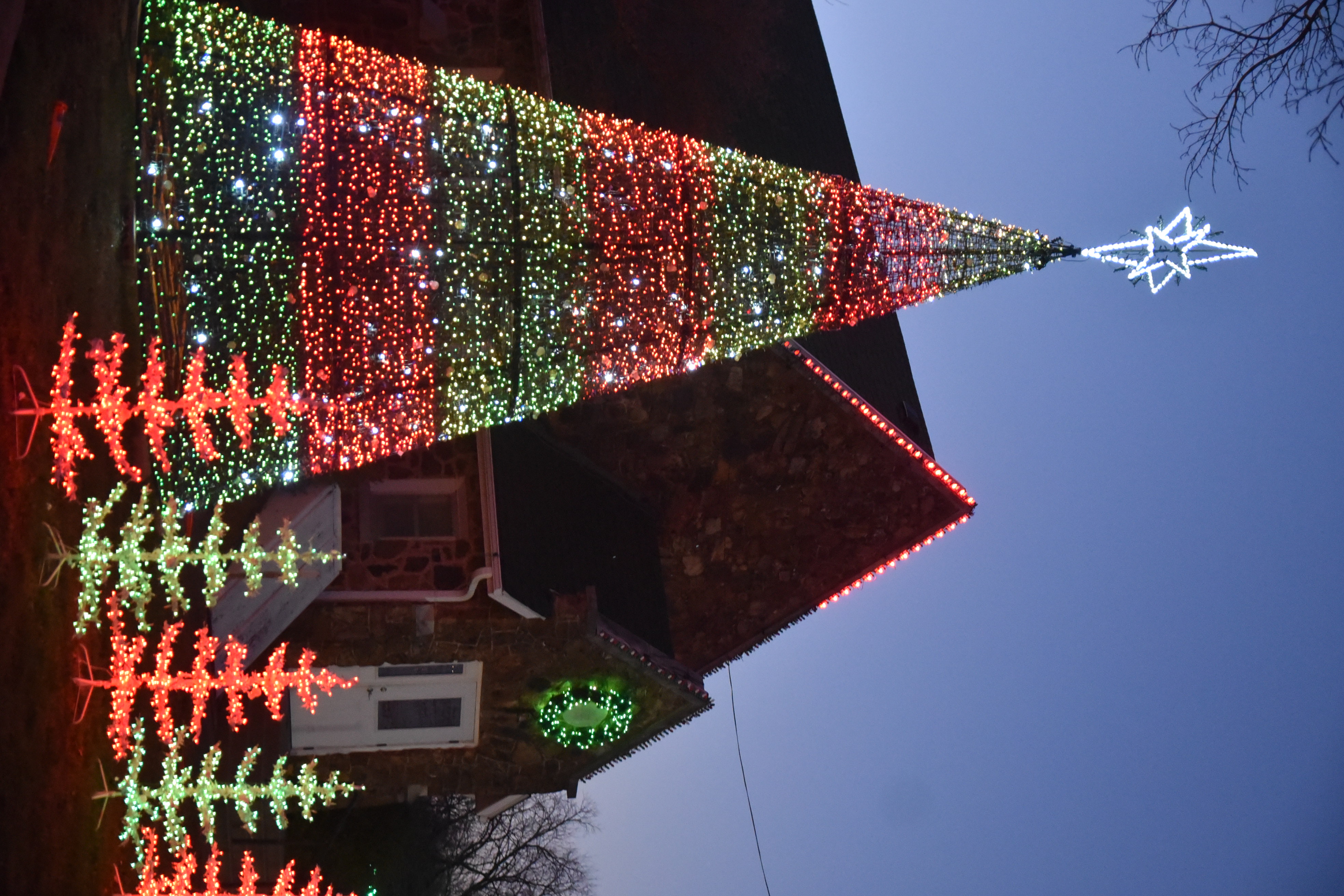 Peter Frost didn’t want to do a history project. To get out of it, he proposed to his high school teacher another project that would incorporate his interest in music and technology while providing a public service. His teacher said sure, so he set up a Christmas light display synced to music at Mt. Moriah United Methodist Church near Jasper. The congregation, which numbered about 17, enjoyed it.

That was 10 years ago. Frost has his master’s degree in music now and is now an organist and choir director at an Episcopal church. And he’s still doing the light display at Mt. Moriah. It’s grown from a 40-channel system with 5,000 lights to a 200-channel system with 250,000 lights. Last year about 4,000 people came to see it.

It took Frost the entire month of November to set it up. That’s gotten better, as last year he added a new 30-foot tall metal tree that keeps that lights on, so they don’t have to be restrung. It used to take him about a month per tree to set up
.
The congregation had a private lighting on December 2. It opened to the public on December 4. It was never really closed, though.
“For the past month, when I was working on it and setting up and testing the lights I’d get 40 – 50 cars per night,” Frost said.
The light show starts at 5:30 p.m. each night. Volunteers from the church sign up for shifts to run the show. Mt. Moriah member Brian Fosdick and his family were on duty on opening night, December 4. He is expecting it to be a big year.

“Our church has been doing a food distribution during the coronavirus, and our Facebook page blew up from about 100 followers to more the 700,” Fosdick said.

It’s a safe gathering for a pandemic, as people don’t leave their cars. The cars are lined up in the parking lot, drive-in movie style, and people tune in their radios to 91.3 FM to listen to four Christmas songs while the lights turn on and off and change colors in sync with the music. Frost does all of the light composition to the music himself.

“I work really hard to have the lights and music complement each other, so it’s not just a light show with music,” Frost said. “It takes a couple of weeks to program it all.”

Because there is computer equipment outside rain cancels the show, but so far this year that hasn’t been a problem. The light show is about 10 – 12 minutes long, and loops between 5:30 p.m. and 9:30 p.m. It’s on every night December 4 – 26 except December 20 and Christmas Day.