Caring for the Orphan 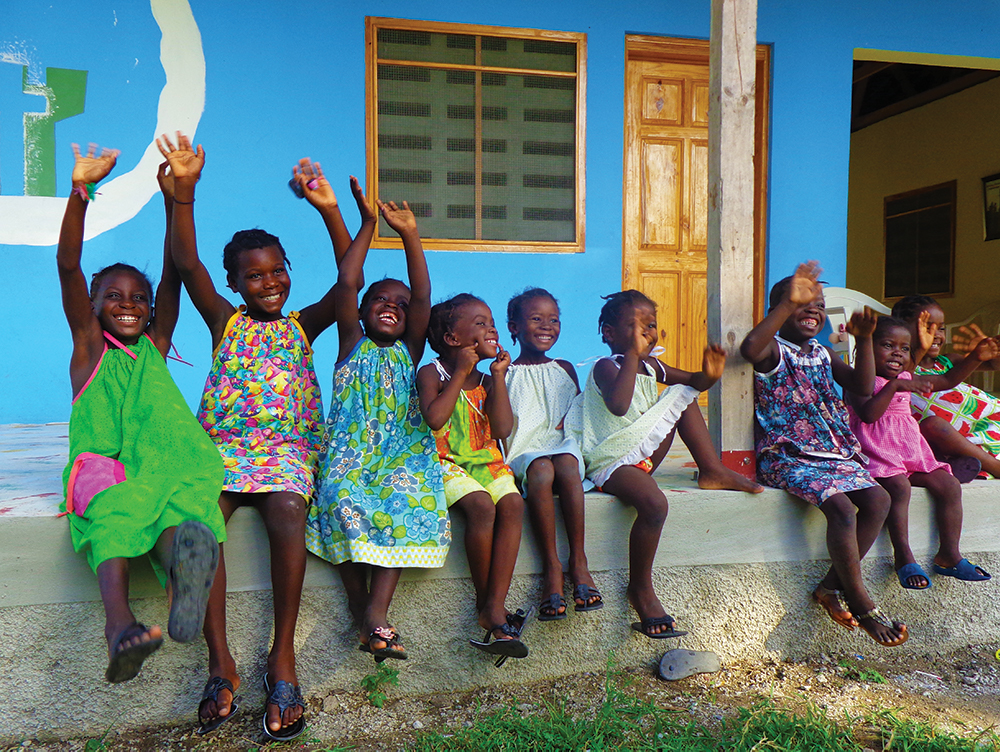 When the children’s ministry leader at First UMC in Sedalia told her pastor that she felt called to be in ministry with orphans, he didn’t realize that calling would lead her out the door. But after research and referrals grew into a mission trip to Haiti, a passion to develop an orphanage there became a fulltime job for Lorie Holt.

“I had to quit my job at First UMC in children’s ministry so I could work full-time for Strong Tower Orphanage,” Holt said.

She may be working full-time, but to be clear, her position is a volunteer one. She doesn’t receive a salary. Since she started working on the development of Strong Tower Orphanage in 2009, she has been to Haiti 13 times. The most recent trip was in March 2015, during which her team included Bill Beck from First UMC-Sedalia and Krista Corbett from Bethany UMC.

It was a time of prayer and discernment that moved Holt to foreign missions, with a focus on caring for orphans. She considers Jeremiah 3:33 to be God’s phone number: Call to me and I will answer you, and will tell you great and hidden things that you have not known.

Holt herself was an orphan, adopted by her parents at age four months. She was born in New Orleans, a surprise twin, healthy but weighing only four pounds. Her and her twin sister were adopted together.

“I’ve never been compelled to learn about my birth mother. I do know she had a choice, and I’m grateful for what she did,” Holt said. Holt’s adoptive father was a metallurgical engineer. They were a fostering family, and provided foster care for 85 different children.

Holt first connected to Strong Tower through contacts she made at a children’s ministry conference at Saddleback Church. From the beginning Strong Tower’s partners were ecumenical. Strong Tower has partner churches in Maine, Nebraska and Kansas, and the United Methodist Women’s group at Lee’s Summit UMC are partners.

“That’s how God put it together,” Holt said.

When a team of volunteers goes to Strong Tower, the pastor brings them before the orphanage, where everyone raises hands and blesses them, praying aloud. “It’s overwhelming,” Holt said. “These girls are growing up in the presence of the Lord. They know him.”

Holt describes disembarking from a plane in Haiti as being hit with sensory overload. Trash everywhere is an initial sign of poverty, although a much more poignant one is children with red hair or distended bellies as a symptom of malnutrition. But the feeling she feels most isn’t pity, it’s quite the opposite.

The Strong Tower orphanage is on a property that had been priced at $30,000, that the church eventually purchased for $2,500. The children at Strong Tower mostly just speak Creole, and most children there do not learn English unless they go to high school. In addition to Holt’s personal connection, she believes all Christians are called to care for the orphan.