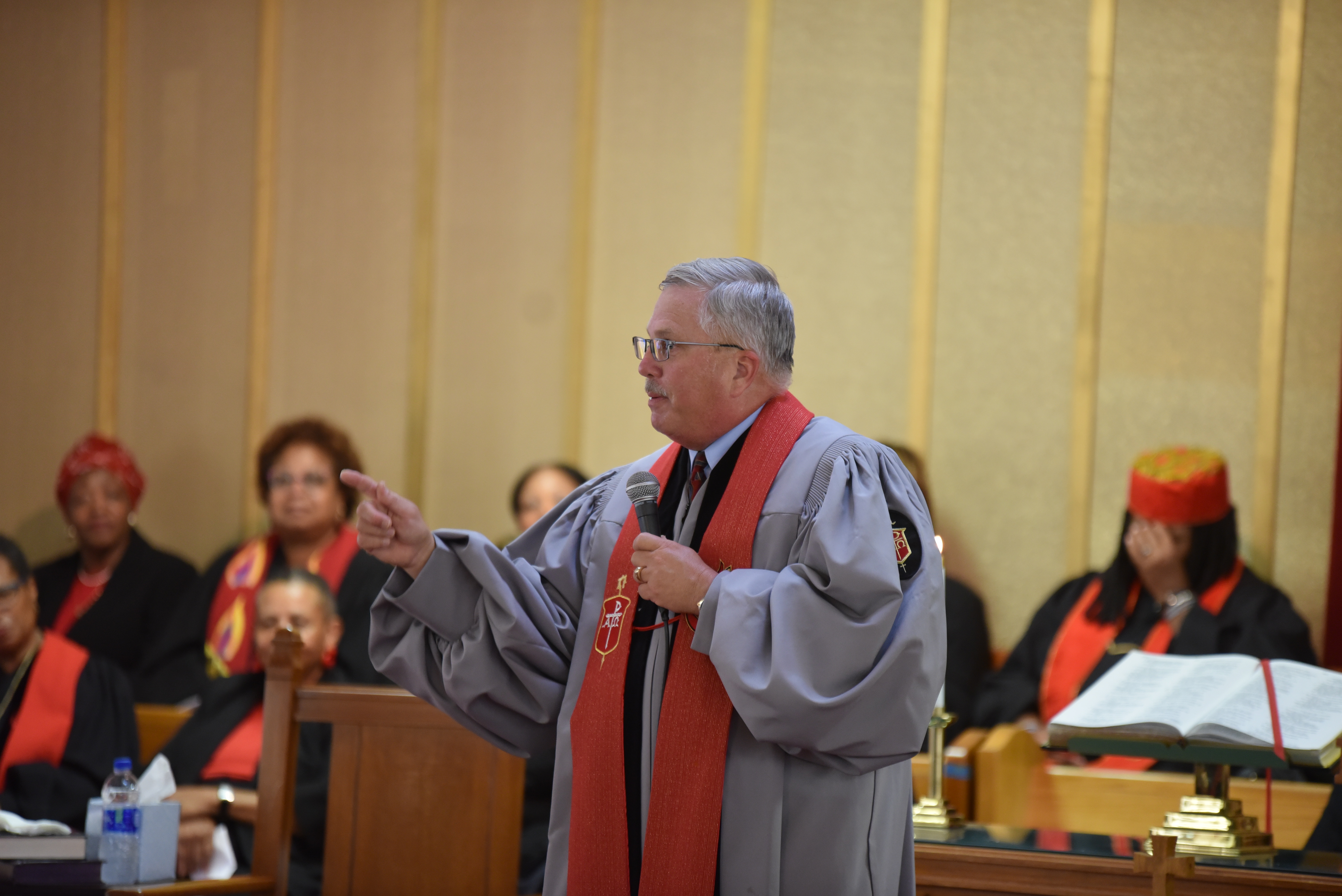 In a packed sanctuary at Unity in Webster Groves on a Sunday afternoon, Rev. Stephanie Leonard welcomed the crowd to the place of worship in the same manner that she welcomes her congregation every Sunday.

“Good afternoon beautiful people of God,” she said. “You’re at home, so please feel at home.”

The event was the Fifth Sunday worship service, which has been a regular event with the Gateway Central Black Methodist for Church Renewal group since 2007. One half of the offering gathered at the Fifth Sunday services goes toward scholarships for graduating seniors at Gateway Central BMCR churches.
“It is our responsibility to make our community inviting for college graduates to return to,” said Jacqueline Nance, BMCR president. “We need them to come back and help make a difference in lives in our community.” She read from one scholarship recipient’s application in which he stated he intended to start a business after college that would help lift-up his community.

“These are their words. They want to make a difference,” Nance said.

The guest preacher for the day was Missouri Bishop Bob Farr. He began his sermon by noting the three worst words he has encountered is “Some Assembly Required.” Sometimes when all else fails at the end of the assembly attempts, he resorts to the unmanly practice of reading the instructions. He questioned why people have such a resistance to reading and following instructions.

The scriptures for the service were Micah 6: 6-8 and Luke 10: 25-29. Bishop Farr said the instructions given in both scriptures are straightforward and consistent, even though more than 1,000 years separated their writing.
“Jesus was clear. Do what’s right – do justice in loving your neighbor,” Bishop Farr said. There is no room for mincing words over who is your neighbor. John Wesley often reinforced this in his teachings.

“John Wesley said there is no such thing as personal piety without social holiness,” Bishop Farr said. People who try to be sanctimonious without being engaged in mission are living a life limited in scope, as are people who are working for the greater good but do not know God. Bishop Farr also stressed the importance of being actively involved in a church.

“It doesn’t take any effort for me to do stupid. I’ll start with it. It’s what’s inside you,” Bishop Farr said. “If I’m not in a church community, and I’m just left to my own devices, I’ll be just like everybody else.”  Farr said that too may people in the white culture are giving themselves a pass on racial injustice simply because they haven’t committed overt acts of racism themselves.

Bishop Farr noted that Wesley’s greatest fear was that Methodists would have the outer form of religion without having the religious sustenance. He asked those gathered to consider the last time their religion had moved them to tears, or to their knees.

“The way we are treating each other – we look like the world, where someone wins and someone loses,” Farr said.

He said the people called Methodist must work together to restore our communities to a place where a young person doesn’t have to duck from a bullet. He concluded with Psalm 23, and scripture he has referred to in more than 300 funerals, paying close attention to challenge the psalm issues in verse 4.

“I don’t fear death, it’s the valley of the shadow of death that haunts me,” Farr said.