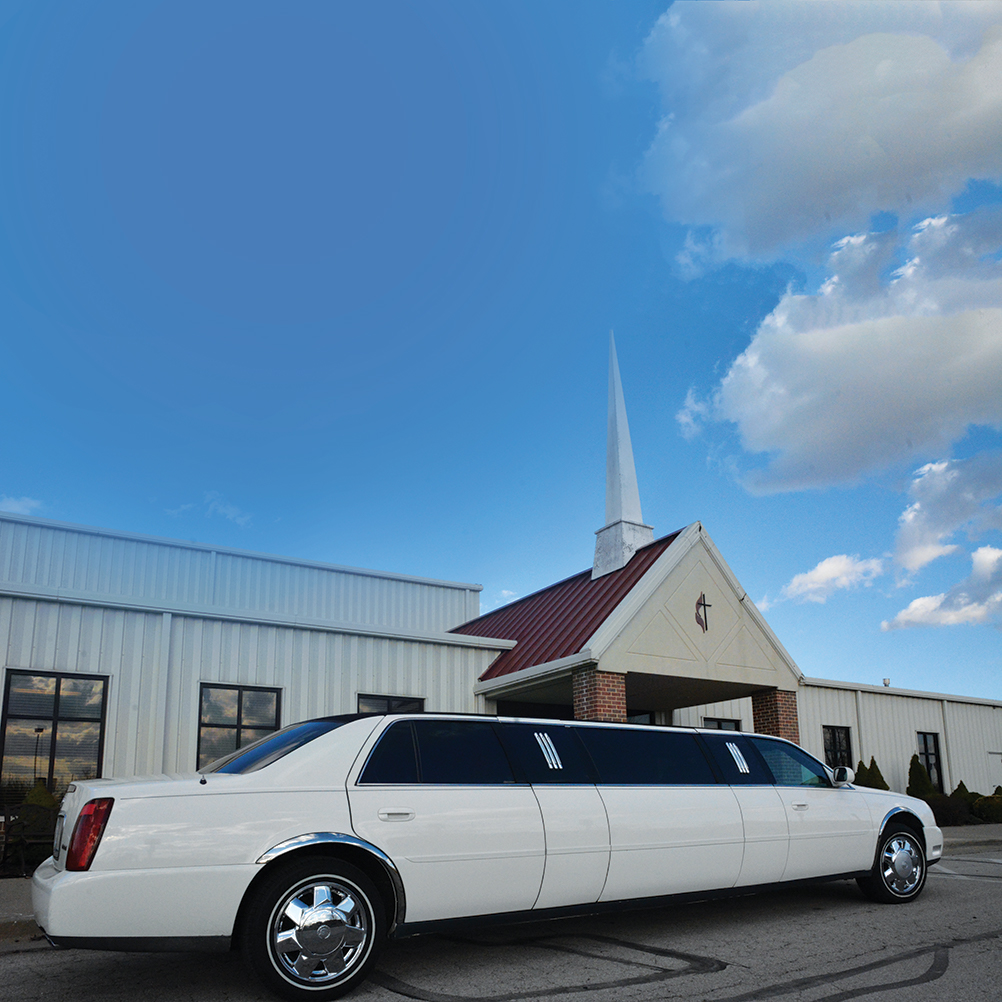 When you see a stretch limo cruise by, you probably wonder who is inside. A celebrity, a CEO of a large company, a foreign dignitary? For people in the know in Peculiar, they are more likely to think, “Probably some kids going to youth group at their church.”

Peculiar UMC does not own a limousine. The church’s pastor does, though. It’s his daily driver.

Rev. James Stanfield-Myers bought a Jeep a while back with the intention of handing the keys over to his son, Whitman, when he got his license. That seemed like a long ways away when Whitman was 11 years old, but the fateful day came around. Stanfield-Myers considered replacing his Jeep with another one, until he started pricing them.

"They had gone up significantly,” he said. So, he started brainstorming, and shopping, about what kind of fun wheels he could get that wouldn’t break the bank, knowing that college bills loomed in the future. During his initial online shopping, he learned that you could get a real deal on a used hearse.

“We figured our home owners association would not appreciate us having a hearse parked in our driveway all the time,” Stanfield-Myers said.

But often listed alongside of hearses was another distinctive, and surprising affordable, former commercial vehicle – limousines. Stanfield-Myers ran this by the home owners association, and they didn’t have a problem with it. It was early last fall when he started talking openly about his limo ambitions.

“I don’t think anyone in the church thought I was really going to do it,” he said. But Stanfield-Myers persevered. “We all have crazy ideas. Sometimes you just have to go ahead and follow through with them,” he said.

Every car story deserves an epic road trip. Stanfield-Myers found the limo of his dreams and his budget, conveniently located just across… the country, nearly as far away as you can possibly get in the U.S. – Spokane, Washington. The timing was also not the most convenient for a pastor. It was a little more than a week out from Christmas. But it was the car he had been searching for. So, he grabbed his father-in-law for a driving partner and got on a flight to Washington in mid-December to drive home a 14-year-old used car.


The weather added enough drama to keep things exciting. “The seller had put us up in a motel and offered to take us out to breakfast, but we had to skip it to get in front of a blizzard that was coming in,” he said. “It chased us all the way home.” 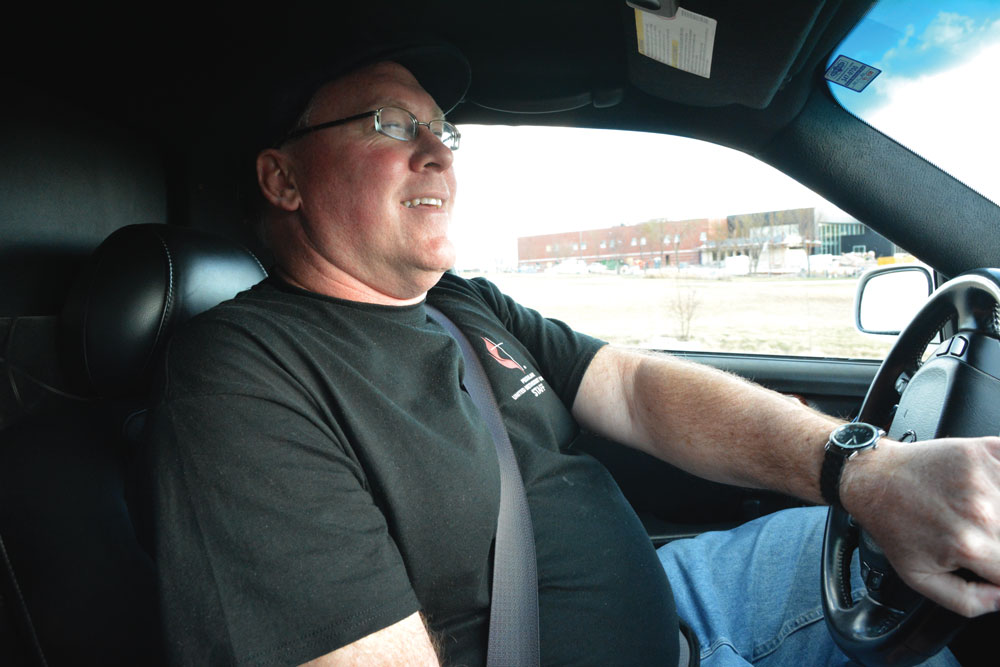 The mid-winter cross-country cruise encountered some snow and a lot a good fortune. “At one point crossing the Rockies, we thought it was odd that we were the only car on the road, and then learned that the highway had been closed due to snow, and had just reopened, so we were the first ones through,” he said.

He found the inaugural voyage home in the land yacht to be rather pleasant, especially on those western highways with the 80 mph speed limit. Next to the 72-seater school bus that the church has, getting around in the limo is a breeze.
“It’s really not hard to drive,” he said of his caddy, which is pushing 25 feet in length. Being a person-to-person sale, they didn’t have any temporary tags, and did the drive all the way home to Missouri without a license plate. They were never pulled over.

Once he arrived back home and people at the church saw the limo was a reality, they changed their tune.

“Suddenly, everyone had a lot of ideas about how to use “our” limo,” Standfield-Myers said.

The limo is his car, but you don’t buy a limo to drive around by yourself. Stanfield-Myers has been putting it to use in the life of the church. Church secretary Erin Johnston explained the pastor’s car has become a popular shuttle for Wednesday night’s youth group. 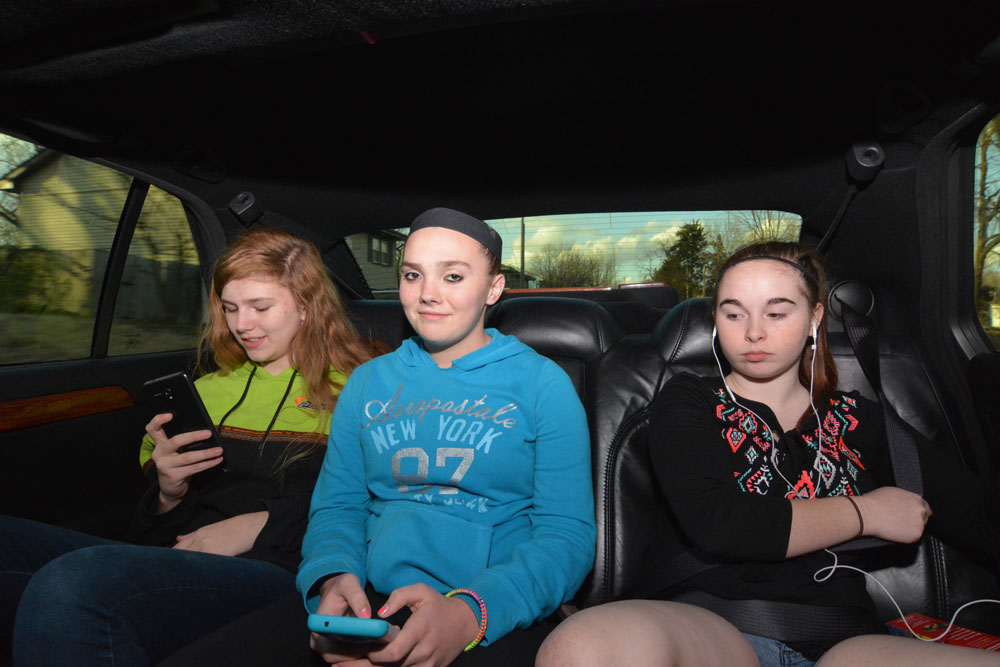 “We have a lower income area in our town with several kids. They have had little to no previous church exposure and love to come. They come for dinner, fellowship and youth group. It's great to see them so excited to be in church but they love getting here in style,” Johnston said. “Pastor James has used his limo for many circumstances and it has made such an impact. I know it seems crazy but it will have a lasting impression on many who have had the experience of it.”

It’s not all directly church related. He has also been putting it to use for community purposes, making ordinary activities more of a special event. He used it to take the local school principals out to lunch, to take a family out to a movie after an unexpected loss of a loved one, and for a friend’s daughter’s wedding reception. He plans to use the limo to take the family who brings the most visitors to church in March out to lunch.

Typically the driver of a flashy car may get some disdain for being a show-off, but with a limousine, all of the luxury and prestige goes to the passenger. The limo driver is in a servant role, and that’s a role that Stanfield-Myers is very comfortable in as a pastor. The limo passengers get to make an entrance and be dropped off at the front door of their destination. But when Stanfield-Myers is using the car for himself, he is usually parking a block or more away from his destination, wherever he can find a very long parking spot. “I need to walk more anyway,” he said.
News