A Heart for Haiti 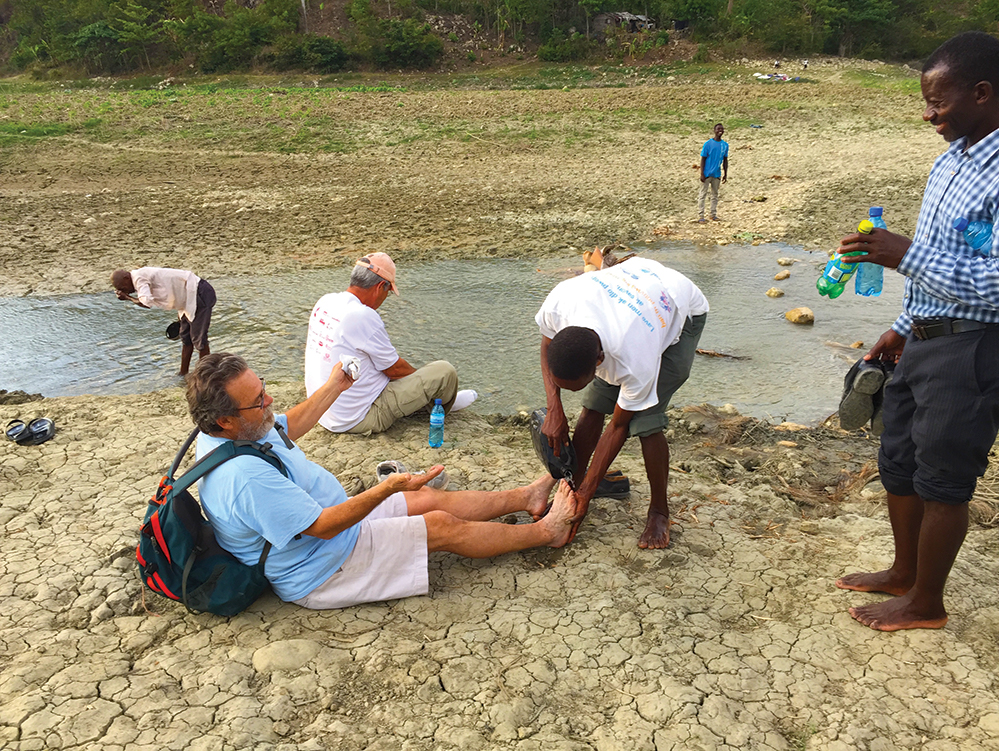 We had be been traveling for our third day. The roads were more like trails. Something you might experience on a Jeep trail ride in the mountains of Colorado rather than a gravel county road. We slowly crawled over large rocks and through deep holes on the path. As I bounced around, I couldn’t help but remember when Jesus spoke to the disciples telling them to go to Judea, Samaria, and to the ends of the Earth. I thought we were in fact, finding the ends of the Earth. The dusty road took us to a remote part of Haiti. The road ended at the edge of a small stream. The narrowest parts of the water were only eight feet wide. There were several areas where rocks had been strategically placed as stepping-stones to forge water. Robenson, our guide and translator, told us the water was ten feet deep and he had to use a boat to cross when he visited the area in December. It was quite the contrast. Now, locals were growing tobacco in the low plain and would harvest it before the next flood.

We traveled by foot up the mountain to a small ridge. We met the pastor along the way who began to share a bit about the community. There were about 80 homes with as many as three families per home in the immediate area. It was clear; life in the area was a constant struggle. As we walked up the trail, we came upon an area where a small spring created a pool of water where the locals would fill buckets for cooking, cleaning, and drinking. We spent some time visiting with the people that had gathered around the water source, and then walked to the small church on top of the ridge. The view was incredible. Sharing time with the locals and enjoying the beautiful views did not compare to what happened as we began our trek back to the vehicle.

As we returned to the vehicle, we had to cross the small stream again. A few of the locals followed and helped us across. It was in those next few moments that I was reminded of the question posed to me many times, “Where have you seen Jesus Christ at work today?”

As I stood and watched, I was amazed. I got those little goose bumps or chicken skin on my arms. A chill came over me in the hot, eighty-seven degree day. Bob, one of the guys in our group, stepped in the mud crossing the stream. One of men from the community we had just visited quickly grabbed a towel and a small jug with some water and knelt at his feet and began to wash them. He washed and rinsed until Bob’s feet were the cleanest they had been our entire journey. I was overtaken by emotion.