A Backlog of Grief 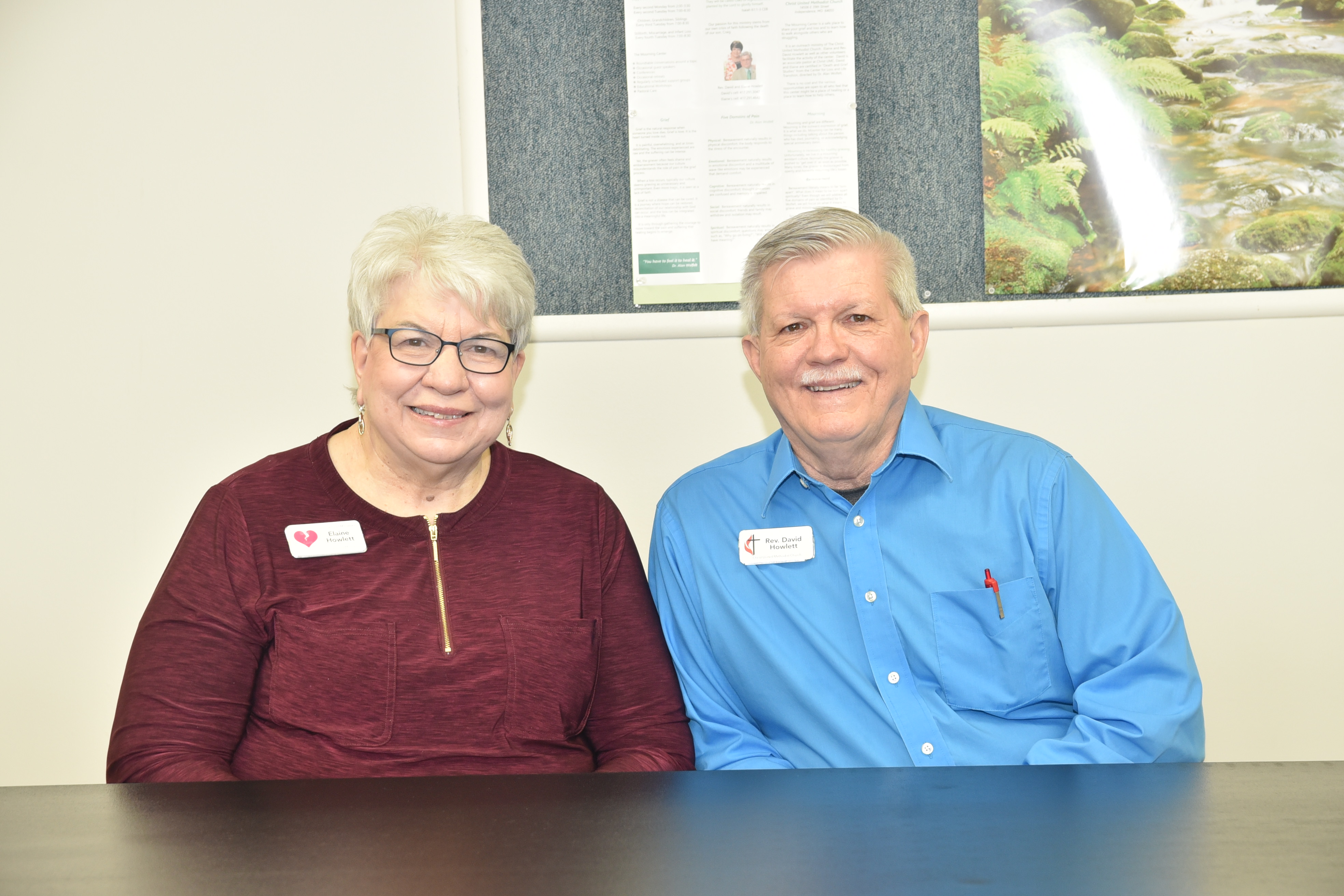 If the vaccination role out accelerates and COVID-19 continues to decline, many church sanctuaries will soon be staging back into reopening, some for the first time in a year. Their congregations will be different. There will be people missing. There will be people present who are missing people who were very close to them.

Many congregations have seen lives lost to COVID-19 in the past year. Most have also had deaths among them from causes not related to COVID-19. Often the loved ones of the person who passed have not been able to interact with their church family, or even their biological family, in a normal way during their time of mourning. Many were not even able to honor their loved one with a funeral, at least not in the traditional sense.

The conditions of distancing in the past year have likely created a backlog of grief that will be present in most congregations. Rev. David Howlett and his wife Elaine hope churches are prepared to deal with it. They are concerned that they probably aren’t.

About 20 years ago the Howlett’s experienced grief in one of the most traumatic way’s possible: through the loss of a child. Their son Craig, who had just graduated high school, died in a car accident. The Howlett’s were in the middle of pastoral change and had just moved.

Two weeks after Craig’s death David was in the pulpit of his new appointment, preaching a sermon to a church filled with strangers. The couple persevered through their overwhelming grief but experienced personal and spiritual crisis from it. “The Church can do better,” David said.

Together they both became students of the grieving process and started taking part in an organization called The Compassionate Friends, which is specifically for people who have lost a child.
“The Compassionate Friends helped, but I had to check my faith at the door. I had faith issues. I had to rethink everything I thought I knew about God,” Elaine said.

At one meeting they saw someone who had been involved in the group for years explode, saying everything he had been told in Sunday school and church was wrong.

The Howlett’s decided to try to address this on their own and proposed doing a workshop on the spiritual side of grief some of The Compassionate Friends conferences. Their workshops were packed, and not just with Christians. There were agnostics, atheists, and Jewish people in attendance.

In 2011, the Howlett’s published a book entitled Lazarus Come Out that was intended as a guide for a small group grief ministry. But they also continued to learn and expand their knowledge of how to best help people who are grieving. After additional research, they decided to seek training with Dr. Alan Wolfelt and the Center for Loss & Life Transition in Colorado.

They completed five week-long training sessions there. Wofelt’s method is based around companioning. The griever takes the lead, teaching the companion about their story of pain and loss. The companion listens with empathy and compassion, from the position of having a solid understanding of grief and mourning.

“It’s a very different philosophy of grief, where you walk with someone on their journey,” David said.

David has been an associate pastor of pastoral care at Christ UMC in Independence since 2016, starting there less than a year after he retired. Soon after starting that role he and Elaine initiated a grief ministry there called The Mourning Center. They were given a classroom space that they repainted with soothing grey tones.

“We wanted it to be a comforting place where people would come to talk,” David Howlett said. “It works. People really open up here.”

The Mourning Center has an informal gathering time every Monday morning called Mourning Coffee, also offering specific support groups a few times a month.
The Howletts discourage making support groups the central part of a grief ministry, though. They are more concerned with developing a compassionate, caring presence of people to walk with those who are mourning.

“Support groups are very little of what we do,” David said. He finds it would be too demanding to do them multiple times per week, but if someone needs support, referring that person to a monthly support group may just be too long to wait. It is better to just have a group of people with some understanding of compassionate care who can respond immediately.

“A supportive community can be much more effective than a support group,” David said.

Although outreach was not a goal in developing the Mourning Center, it has become a New Place for New People. About half of the people who have turned to it have come from outside of the church. Some came because they saw a sign in front of the church for the grief support group. Some were referred there by a hospice professional. Some were sent there by other churches that had heard about the ministry.

One woman lost her husband to COVID-19. They were an active couple in their 60s with no medical issues. They went from being fine to her having to decide to take her husband off of the ventilator two weeks later. When she left, she said it felt so good to just be able to share her story of what she had been through.
“Grief is natural, and we treat it like it’s not,” Elaine said. One woman came who had recently lost her pet dog. She had previously lost her parents and had never really grieved. With the loss of her dog the grief welled up and it was overwhelming.

Elaine doesn’t see it as a situation where someone needs to just get over it in a month or two. “Someone might be here every Monday for a year, or two years,” she said. “They may transition from coming for support into offering support.”

One woman who was at church for every event and activity told Elaine that when she went to church after the death of her spouse she felt like she was shunned. People didn’t know what to say, so they avoided her.

“At the time when we need God the most, no one is talking about it, or letting the person talk about it,” Elaine said.

Elaine stays in the Mourning Center room during Sunday school class time to be there for anyone who wants to talk. She will be back there when the church returns to in-person worship.

“After the pandemic, most people will want to run away from it or bury it. Others will want to talk. Our main reason to be here is to be a safe place where people can talk,” Elaine said. “Churches tend to want to hand people a list of resources or Christian counselors, but what people need most is a little care and support. It’s not something we can’t do.”

The Howletts have provided some training in grief ministry for other churches that are seeking to be more supportive of people who have suffered loss. They are willing to do more of this, and hope churches are preparing to provide people with the care they need when they return to church after a long absence.

“We have challenges ahead when it comes to how to be a supportive, caring congregation that helps a grieving person seek reconciliation and redemption,” David said. “I think we can do better. If there was ever a time we need to interact together, it is now.”

The Howletts welcome questions from churches about how they can be supportive during times of mourning. Contact them at david.howlett@icumc.org.

View a guide from the Howletts on how to make your church a supportive community.