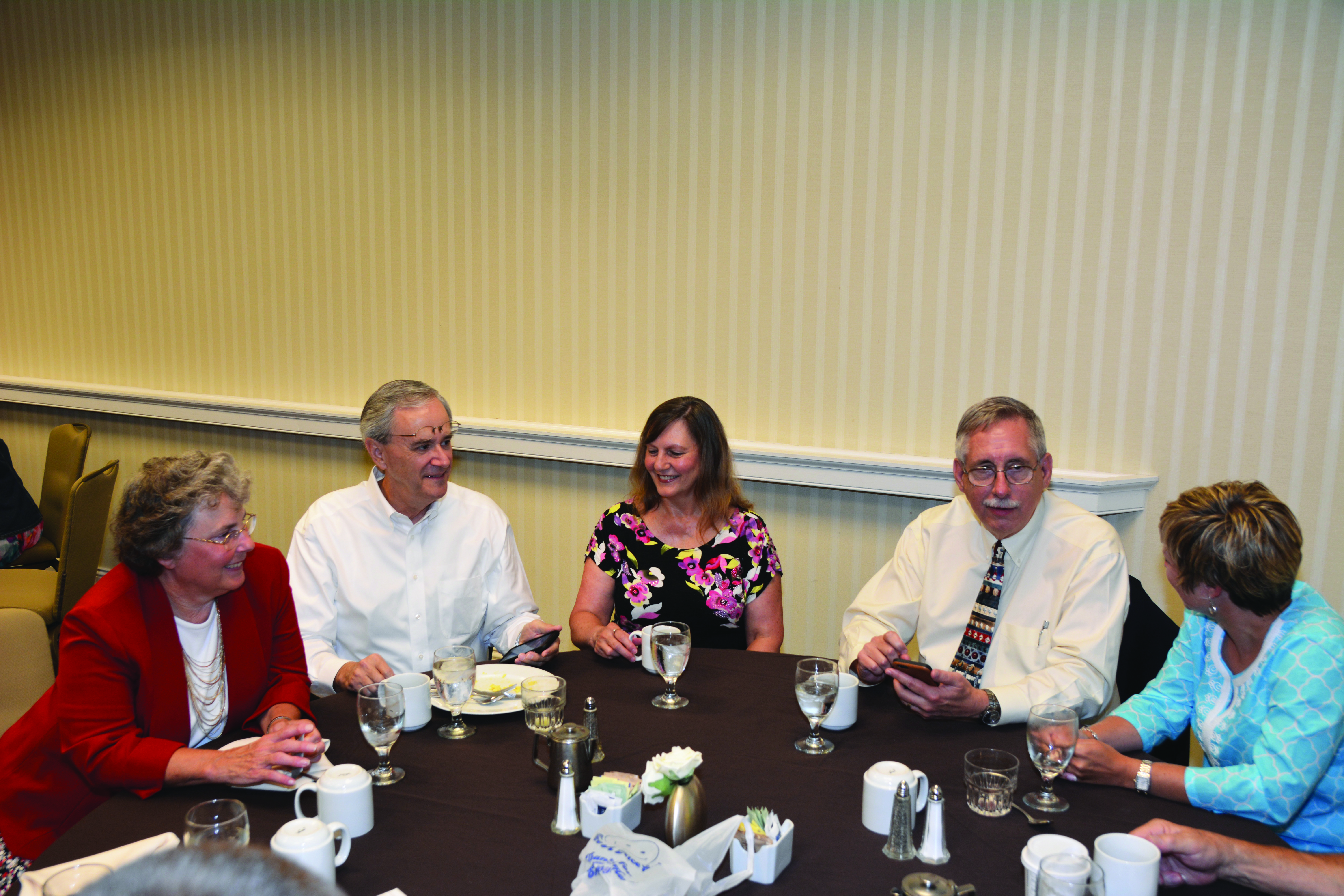 Ozarks District Superintendent Lynn Dyke had quite a wild ride on the episcopal election roller coaster, but it wasn’t unexpected.

“I was there four years ago and experienced the roller coaster that Bob (Farr) was on then, so I knew what I was in for,” she said.

Dyke started out in fifth place on the first ballot, and was in third place on ballots 4 through 17. She gained that third place position back on ballots 19 – 20, but lost momentum after Rev. Jimmy Nunn was elected on ballot 21. After ballot 25, she withdrew her name.

Dyke came to the episcopal race later than most. Many had already announced their intentions early in the fall of 2015. Farr already had the endorsement of the Missouri Conference Delegation. Dyke did not accept her endorsement from the Women’s Leadership Team until January.

The candidates traveled the jurisdiction, interviewing with Conference delegations for the entirety of February and lasting into the first week of March.

“I enjoyed the conversations and a got to meet a lot of the other candidates,” Dyke said.

After the episcopal interviews wrapped up in early March there was nothing for the candidates to do but wait...until July.

“It was a long process,” Dyke said.

She is glad she participated in the process, though, and hopes it will benefit others in the long run.

“I was hopeful by running we could have more equitable gender representation in our College of Bishops,” Dyke said. “I hope that by running I’ve helped lift that up and perhaps inspired others to run. Hopefully, we’ll get there at some point.”

Dyke said that it won’t come from her, though. At age 61, if elected this year she could have served two four-year terms as bishop. By 2020, she would only be able to serve one term before she hit the mandatory retirement age deadline.

“I don’t think four years is long enough, so I won’t be doing this again,” she said.

Although she is disappointed that the number of women on the South Central Jurisdictional College of Bishops is one fewer with the retirement of Bishop Janice Huie, she is happy to see her friend and fellow cabinet member Rev. Bob Farr elected.

“I’m very excited for him. I’ve always supported him,” she said.

Dyke said she has no regrets.

“I’m at peace with having offered myself,” she said. “I just offered my best and stayed true to myself. I really received so much support and encouragement from so many people along the way. I’m so grateful for that.”