The Power of Second Site 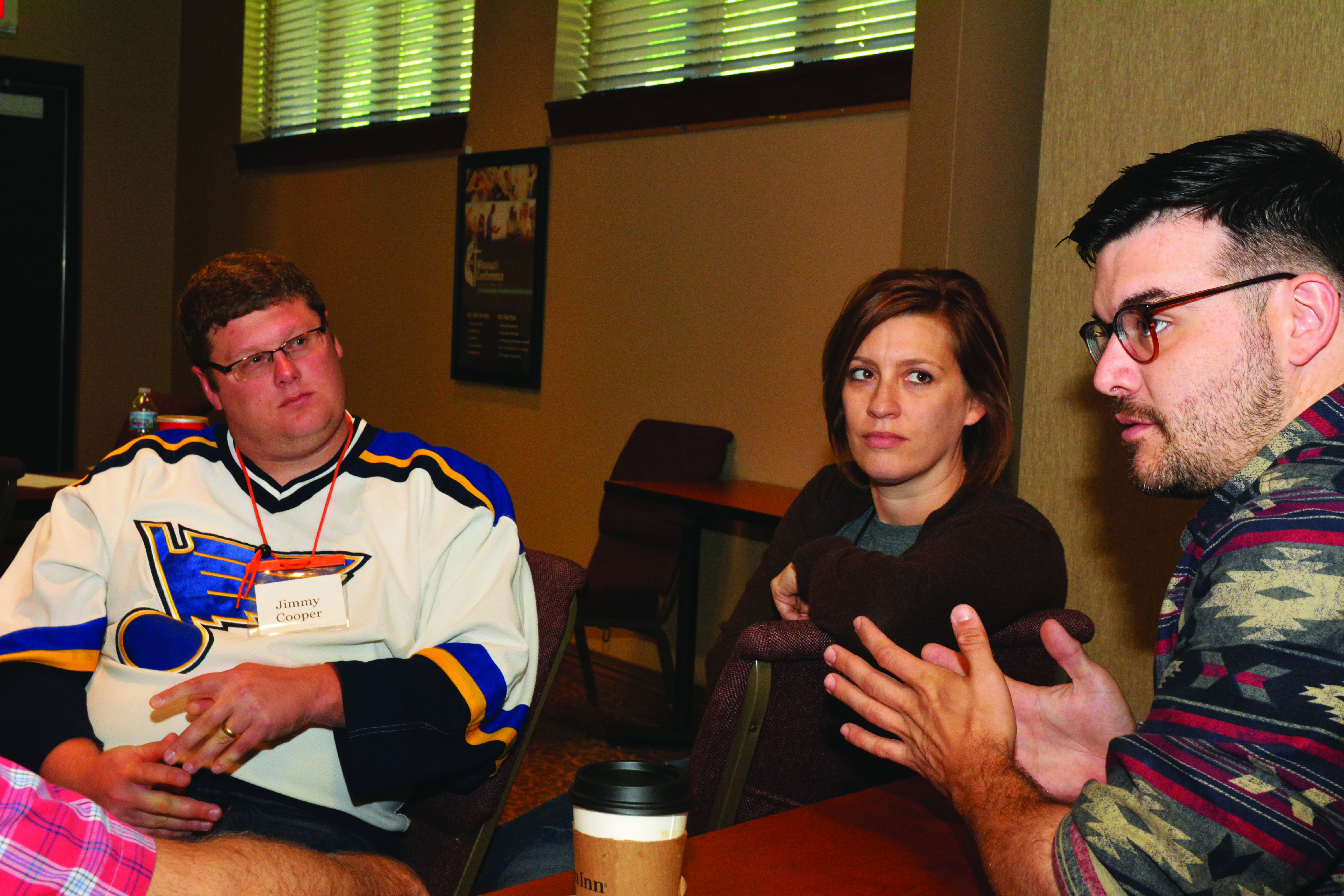 Not long ago new United Methodists Churches used to be started by the Conference and a lone pastor with little more than a zip code where he was sent to get something started. But in recent years, some of the strongest churches have been started by other churches. These multi-site churches came together for the first time in Columbia on May 2–3 to share best practices, and stories about what didn’t work.

“Who would have thought we would have 27 churches doing multi-site ministry here in Missouri?” Congregational Excellence Director Bob Farr asked as the session opened.

The first presenter was the second largest church in the Missouri Conference. Morning Star in O’Fallon, has about 2,100 in weekly worship, only about 100 fewer than La Croix in Cape Girardeau. Morning Star founding pastor Michael Schreiner went to SunRise UMC in O’Fallon in 1998, and working with the Rev. Bruce Baxter started a small group at SunRise. Within a year he had a launch team of 40 people for a new church, and Morning Star was born.

The church grew to 190, and then started a second service. Growth was coming along well, but that doesn’t mean Schreiner thinks he did everything right. “I spent too much time growing the church – that’s God’s job,” Schreiner said. “I should have spent more time growing Disciples, and we would be bigger today.”

Morning Star spent six years in a banquet facility and a year in an elementary school before building their own building. Its first step into multi-site was when pastor Keith Scarborough shared with Schreiner that he felt called to start a multicultural congregation. O’Fallon didn’t seem like the best place to do that. They ended up going to a church just across the street from the Botanical Gardens in St. Louis, and started The Word at Shaw. It has grown to 120 in attendance, but is still a missional congregation.

“It requires about $4,300 a month from our budget,” Schreiner said.

More recently, Jimmy Cooper has set out from Morning Star to plant The Way. (See The Missouri Methodists, October 2014)

“We sent 175 of our people and 17 percent of our finances,” Schreiner said. “Leadership wise, some people questioned if it made a lot of sense. It gave me the opportunity to talk about the abundance and provision of God. One year after we planted The Way, our attendance numbers back up and we grew 20 percent financially that year. We had seen that before. After Sunrise gave us away, they grew more that year than they grew any other year.”

Cooper said a key part in the success of The Way has been the relationship between him and Schreiner.

“Even if you have your ducks in a row, if there isn’t continuity between lead pastor and campus pastor, the church is doomed before it starts,” he said.

The newest endeavor in church plants at Morning Star is headed by Dustin Bryson. Morning Star currently has a video venue that seats 300 people at the church. Originally developed as overflow seating, it has also been an ideal setting for the worship team to practice a sermon-video based service.

“We will be creating a new video venue somewhere east of us,” Bryson said. The launch team for the venue has been participating in a launch academy, where they are reinforced in the mission of launching a church, and trained in things like conflict resolution.

Farr praised Morning Star for having a pioneering spirit in new church plants.

“Morning Star has experienced three, and is now initiating a fourth model of new church starts,” Farr said. “Training the entire launch team is something we haven’t seen before in other churches.”

Farr is impressed with the multi-site models, saying the strongest new church starts in Missouri in recent years have developed this way. The process often involves campus pastors who are not recognized as pastors in the appointive system, which is a shift for everyone.

“I told the Cabinet we have five new church plants, and they said, ‘You need five pastors appointed?’, and I said, ‘No, we don’t need anybody.’ It was a long conversation,” Farr said. “It leads to a discussion of the requirements we have for someone standing in front of a congregation every week, maybe a congregation of more people than a lot of our ordained pastors are seeing.”

Schreiner closed with the imperative to those gathered to keep in mind the need to grow the team.

“We’re all wired to go after opportunity, but you have to consider capacity issues and personal limitations. If you try to do all the ministry in the state, it comes at a cost to your spouse, kids, and families,” he said. “We’ve got to raise up more people – we can’t do this ourselves.”