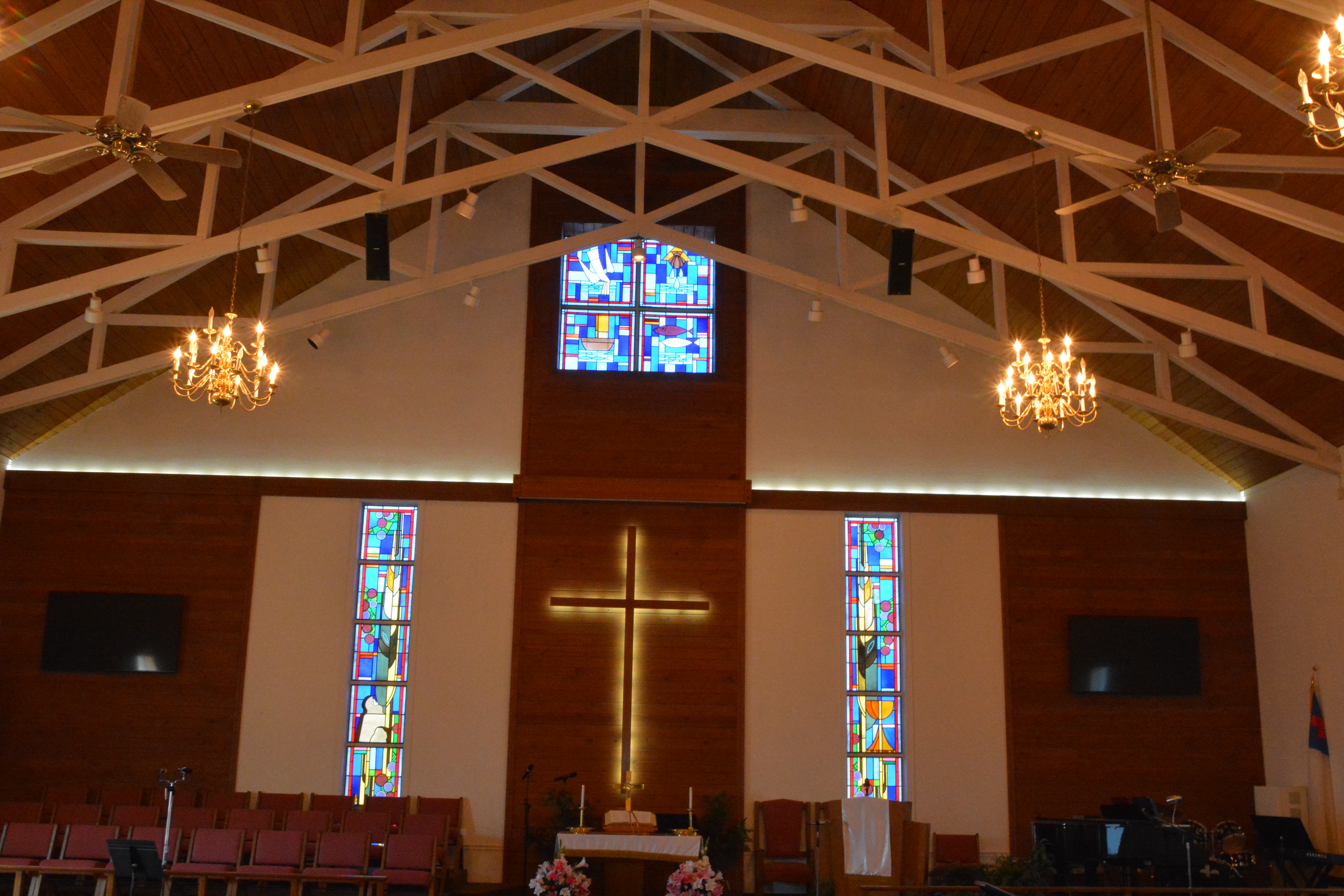 When the Missouri Conference Cabinet announces changes in clergy appointments in the spring, one factor that has been considered is whether or not a church is large enough to support a full-time pastor. Antioch UMC has had the goal of being a full-time church for several years, and this year it made it.

But first, there was some negotiating over seating. Ozarks District Superintendent Lynn Dyke was pleased with the growth she’d been seeing in the church, but on a visit last fall she was concerned that they might be approaching maximum capacity. One often-cited adage on church growth states that when you hit 80 percent capacity – you’re out of room. More people won’t come, or some who are there will stop coming, if it gets too crowded.

Dyke counted seats, and proposed two things needed to happen: they should add some pews, which would add 33 to their seating capacity, and their pastor should go full-time.

“It is always a celebration when a church grows to full-time status,” Dyke said.

When Rev. Kevin Cawley came to Antioch UMC nine years ago, the church was running about 60 people in average attendance. The new church start was now a teenager, and had become a two-point charge. In the church’s short history, attendance had dipped as low at 25. At times they could barely pay the bills.

“They had a lot of pie sales to keep it afloat,” Cawley said.

The church is located on State Highway H, within sight of the city limits sign for Springfield on the north side of town. Being on the right side of the sign had some benefits in an unforeseen way. One year when faced with a seemingly insurmountable insurance bill, at the last moment someone approached the church about sitting up a fireworks stand on their property, because fireworks couldn’t be sold in the city. Revenue from that arrangement paid the insurance bill, and apportionments.

That wasn’t the most significant time they received unanticipated revenue, though. The second year Cawley was at the church, he received a call informing him that Harold McCall had passed away, and had willed $1.3 million to the church, to be distributed in yearly at 10 percent per year for 10 years. Cawley had never met McCall.

“His name wasn’t on the list of shut-ins to visit when I first arrived,” he said.

A task force was formed with people in the church and some pastors from other churches to determine how to best use the money. It was decided that the church’s greatest need was for more classroom space, foyer space and a fellowship hall. Building plans were drawn up, and the addition came to $600,000.

The church also decided that 10 percent of the money would go to missions, which has been used to support missions in Mozambique, and help a neighboring church pay its apportionments.

Cawley said putting on a new addition didn’t draw in the masses, but it did make it easier and more comfortable to have additional ministries at the church.

“Our fellowship dinners were more comfortable, and we’ve been hosting things like art classes and a local radio-controlled club. We’ve just started TaeKwonDo classes twice a week,” he said. “It’s great to do one-time events, but I’m excited about things that are developing that are ongoing.”

Cawley is very adamant that many of the active ministries at the church are not run by, and were not initiated by, him. There’s a puppet ministry, drama ministry, prayer shawl ministry, and a 5K run. Two years ago a women’s group, called Women of God, started meeting twice a month and working on mission projects. A new men’s group called Man Up has just been started.

“Someone asked me about prayer shawls, and I said go for it,” Cawley said. “For the men’s club, I just buy the donuts. There are very few ministries here that I started. This is a permission giving church.”

Someone requested a Wednesday night service, so the church gets dinner from a neighboring restaurant and everyone chips in $5, and they eat and have a Bible study. This has now been going on for about nine years, with 15 – 20 attending each week. About 15 – 20 youth participate in the annual summer youth mission trip. The church is working toward forming a new college-age ministry. The church has a praise team with an acoustic guitar, base guitar, keyboard, drums and a few singers.

Several young families have joined the church. Last year 169 people attended the church’s 25 year anniversary celebration. Lately the church has been averaging about 110 in worship a week. Easter attendance was 145 this year.

Even with those extra pews, Antioch has faith that they will run out of seats again. Now that Cawley will be at Antioch full-time, the church is considering adding a second worship service.