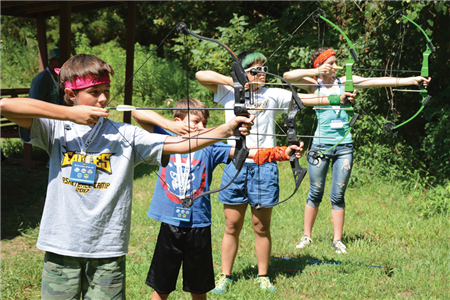 The statistics are clear, but they don’t reveal the countless memories have been made this summer with Next Generation Ministries through the various camping ministries. The summer camps allow for campers to spark, ignite, and infuse their faith to become intrepid believers.

Scott Burdin, Core Camp Coordinator said, “The different camping ministries allow the Missouri Annual Conference of the United Methodist Church to provide a focused discipleship and leadership pathway for campers of all ages.”

Spark Mini-Mobile Camp has been the perfect opportunity for the church to break outside of its walls and reach out to the community. The weekend-long camps with the little to no regular fees opened the door for kids who attend another church or no church at all.

These campers clung onto the truth they were learning during Bible studies, one time leading a girl to tears when it was time to end. Inspired by the Word, that girl later asked for a Bible to take home so she could continue to learn.

The inflatables and rock wall may have been what brought the campers in the door, but thanks to the volunteers and staff, campers walked away with a sparked faith, ready to continue to explore and grow. 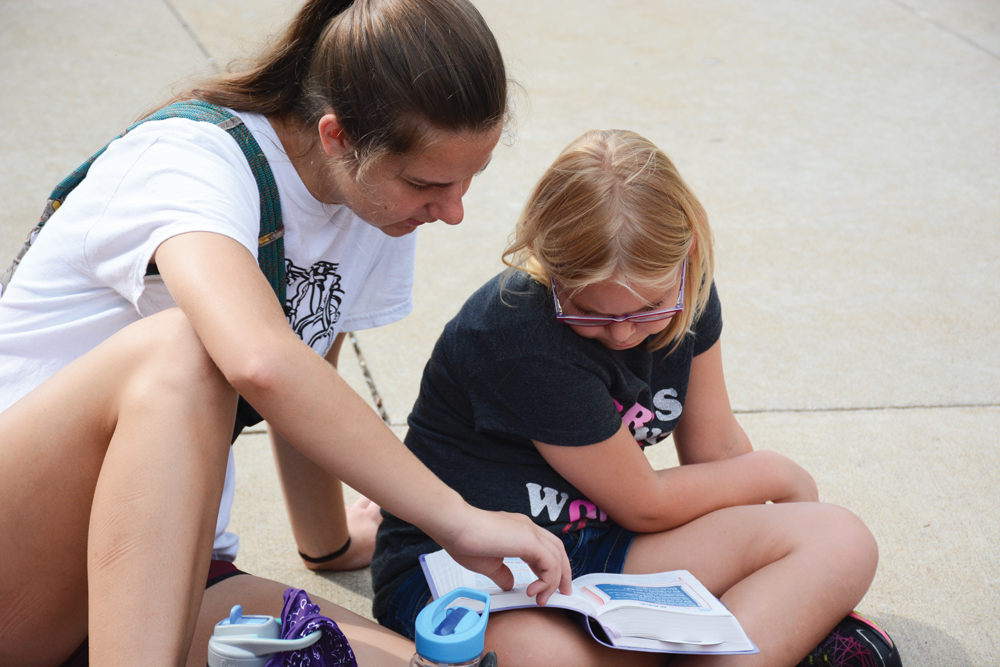 These volunteers are essential, especially at the Ignite Mobile camps. Ignite Mobile Camps focus on supporting the local church and meeting campers where they’re at, both physically and spiritually.

Missouri churches partnered with Eagle Lake Camps, demonstrated faithful attentiveness and radical hospitality to each camper throughout the 21 camps they led at local churches across the state this summer. Counselors are trained to pour into the campers and point them to Christ during games, Bible studies and one-on-one time. 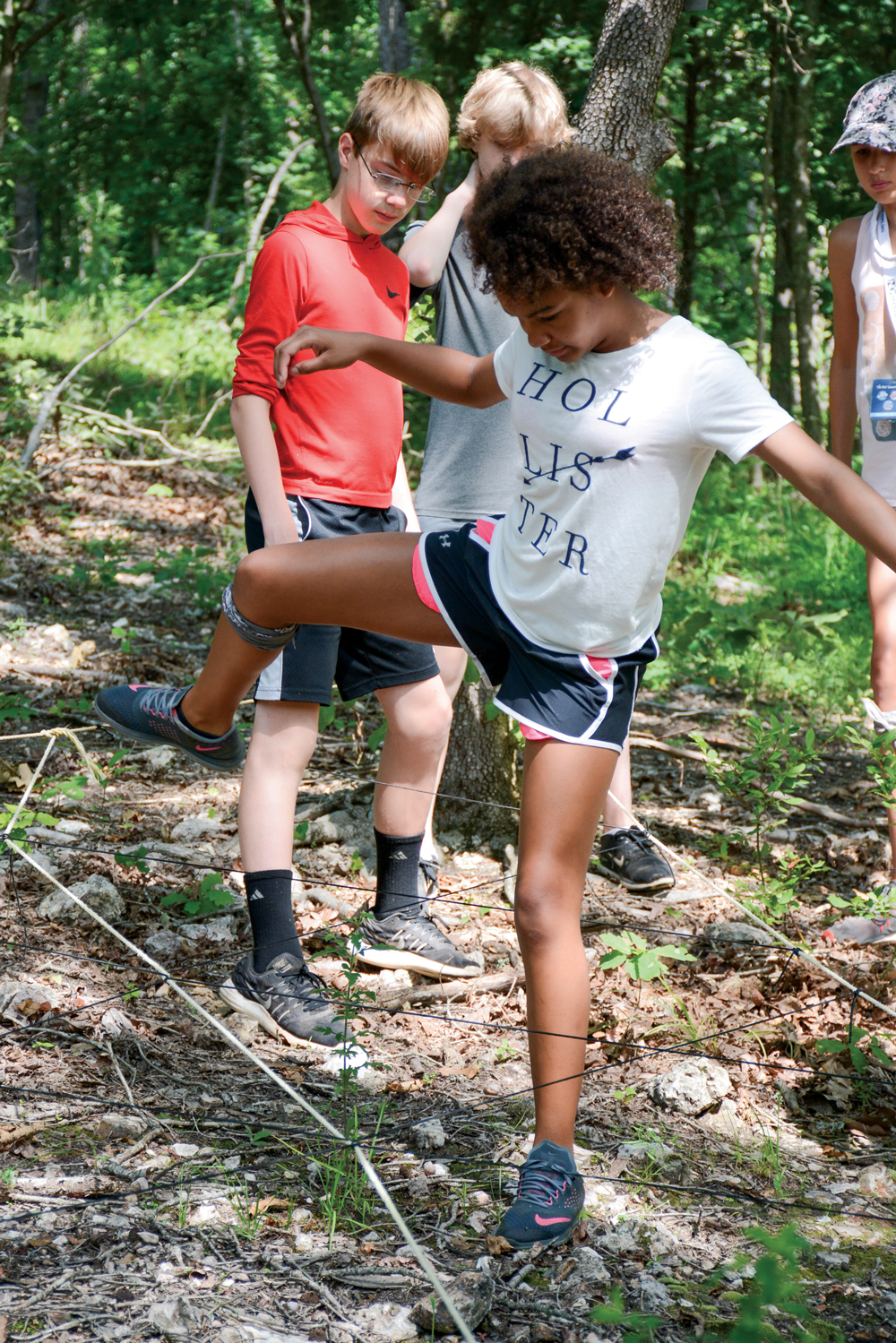 During a one on one, a camper shared with her counselor that she wanted to climb to the top of the rope tower but was scared of heights. For the next 30 minutes the two climbed up the ropes, one level at a time. Finally near the top, her family group saw the progress she made and ran over to cheer her on. Terrified but determined, encouraged by the chants below and the guidance of her counselor, the camper made it to the top and slid down the inflatable to victory.

This individualized attention and faithful dedication is what transforms lives and connects campers to the local church. Rather than associating church with uncomfortable clothes and early mornings, they understand the love and support the church and God have to offer outside the local church.

Each week a different Infuse Core Camp hosted campers from elementary to high school. These overnight camps immersed campers in a culture focused on glorifying God during all the typical camp activities.

Clark Persinger, counselor at Older Elementary Extreme Camp said, “I know when I was going to camp I grew and learned more in that one week than I did the rest of the year. My goal as a counselor is to be as good of a mentor as what I had; to let them have a great time and learn more and realize that God is more than just going to church on Sundays.”

Whether it’s shaving cream fights, camper versus counselor basketball games, Schottishing or early morning fishing, each camp carried on traditions to make their annual retreat feel like home alongside the surprises and twists that come each year.

One evening, campers decided to forgo their usual nightly activity to sit together and share their testimonies. After they shared the stories that lie behind their well-crafted masks, each camper ended with the hope and joy they got after coming. In today’s ever-changing, fast-paced culture, it’s the consistent love and tradition they experience at camp that bring campers back to the steadfast truth of Christ.

Separating these campers from the distractions of the world allowed for a deeper connection and time to learn how to infuse their faith into their lives once they go back to reality. As they prepare for the increased intensity of the school year, their relationship with God is truly a part of them, giving them strength.

The second year of Intrepid Wildfire Camp introduced a completely new format to camping. This week left the typical camp setting and focused on teaching campers about the value of serving the community. 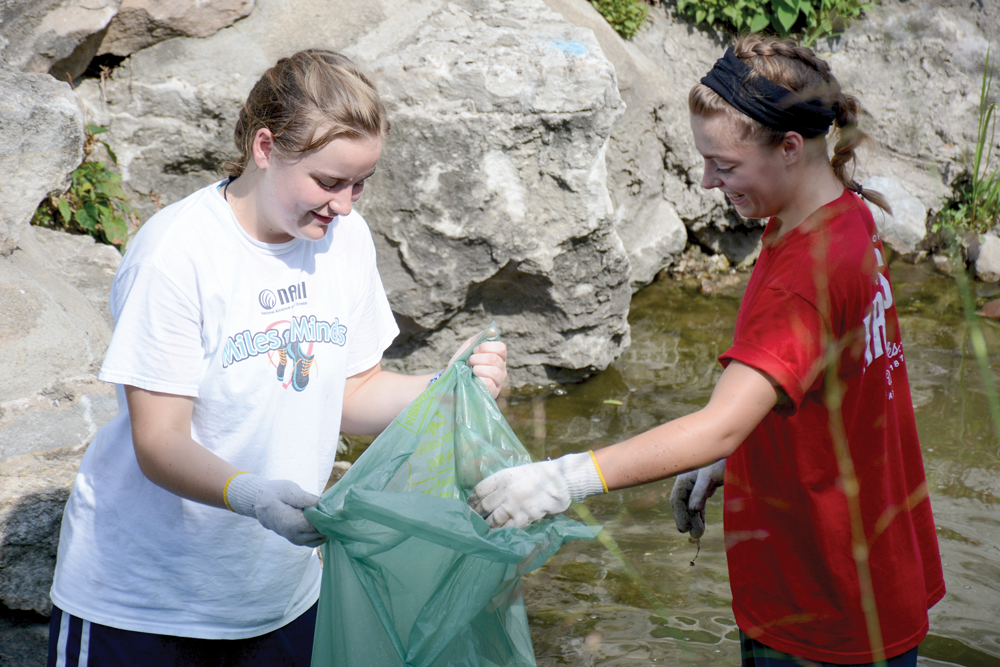 Based out of Central Methodist University, campers traveled to Columbia each morning for service projects including repackaging bulk food, picking up trash and clearing brush from an elderly woman’s yard.

With 100 degree weather, the first day of service had a rough start. Campers wasted more energy racing to the finish than actually picking up trash along the sides of the road. After an evening filled with dancing led by Al Cherry and worship led by Kim Parker, the campers were recharged and ready to serve the rest of the week.

At the end of the week, groups had the opportunity to create their own mission. Some walked dogs at the Central Missouri Humane Society while others gave care packages to the homeless and many more. The campers transformed from unmotivated to passionate volunteers, dedicated enough to seek out their own mission in Columbia and after they go home.

Going beyond the walls of the traditional camp and incorporating their importance to society made these campers intrepid Christians. Fearless and adventurous they now have the personal strength in their relationship with God, as well as the courage to share that with others.

Each of these camps acted as a charging station. Pastor Kent Wilfong, minister in residence at Adventure Camp and God’s Girls on the Go, offered the analogy of camp being the place to recharge your batteries.

“Even in the Bible Jesus went off to a solitary place to reenergize,” he said. “The kids get that, and quite frankly, it might sound a little selfish, but I get that too. It’s that time away to get my batteries recharged, get back into the world, and try to make disciples.”

Several counselors shared this viewpoint, agreeing that getting away from the chaos of the world is often necessary to get back in touch with yourself and God. Having an immersive week where God is recognized during everything, including games and worship, teaches campers and counselors that their faith can be utilized more than just on Sunday morning. 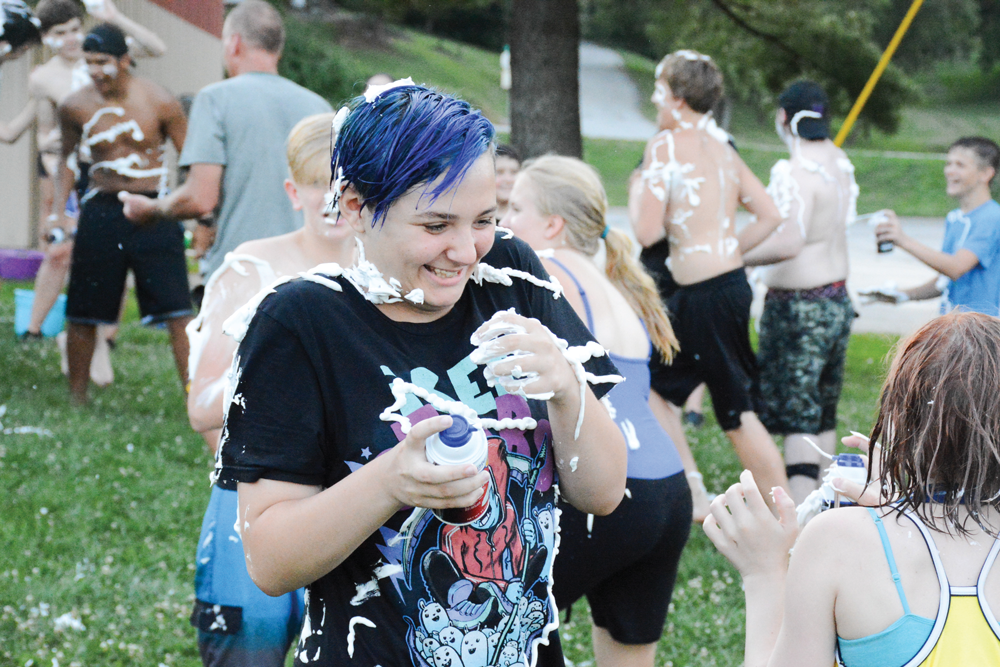 Andi Ricks Young, co-director of Sanctuary Kamp, expanded on this metaphor including what her hope is for the campers even after the summer ends.

Batteries recharged as volunteers, head back to work, campers prepare for the start of another school year and Next Generation staff starts planning for next summer.

The future for Next Generation Ministries camping is hopeful. With core camps settled into their new homes and mobile and mini-mobile camps rapidly expanding their numbers and sites, the discipleship of today’s youth is only going to continue to grow.

Jeff Baker, Director of the Office of Next Generation Ministries said “Kingdom growth does not just happen in two months at camp. We think it’s essential for children to develop their faith year-round, using camp as a tool but not the only tool. This next year we plan to learn more about youth ministries and help local churches to implement a discipleship process that will serve our students inside and outside the confines of camp.”