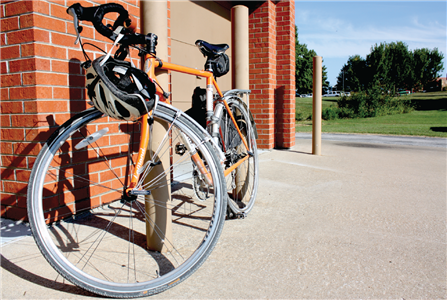 Your alarm blares at 3 a.m. You stash a granola bar in your backpack, throw on your jacket and lace up your tennis shoes with the worn out soles. You head out the door and begin your nine mile walk to work.

After a daylong shift, you’ll walk back home.

This grueling lifestyle is reality for many who don’t have access to transportation. To these people, the gift of a bike is life changing. These are the people who Bike To The Future seeks to serve.

The typical bike recipient is an individual who doesn’t have a license and, thus, walks everywhere. These folks usually are transitioning from prison back into the community or are new to the community through refugee resettlement.

“I didn’t know what to anticipate, but the more word gets around, the more we see the breadth of the need,” Steska says. What started as a small restorative justice operation attracted the attention of numerous charities and organizations in Columbia, many of which work outside prison ministry.

In the first 10 months, BTTF distributed 80-plus bikes along with locks, helmets, safety info and safety lights. October 1, 2017 marks one year of Bike To The Future’s service to the Columbia community.

Reality House, a community reentry program for those just released from prison, distributes BTTF bikes to individuals who are employed, and when all those folks have bikes, those on the job hunt receive the new donations.

For example, if you’re far from work, cutting your commute time by a half or a third is significant. It allows you to truly work an eight-hour shift.

“I’ve been doing transitional living work for a while, one of the things that’s a barrier to success is securing and maintaining employement,” Webber says. “With BTTF, we can help people do that.”

In2Action Executive Director Dan Hanneken agrees, saying that transportation has been identified as one of the top three obstacles for those reentering the community.

“The bus schedule doesn’t coincide with the work schedules of many of our guys,” Hanneken says. “Having a bike allows them to go back and forth between work, home and appointments.”

For many of us, the luxury of transportation isn’t one we think of often. Imagine if you’re on parole and have an appointment with your parole officer but the bus is running late. The solution isn’t as easy as hopping in your car. 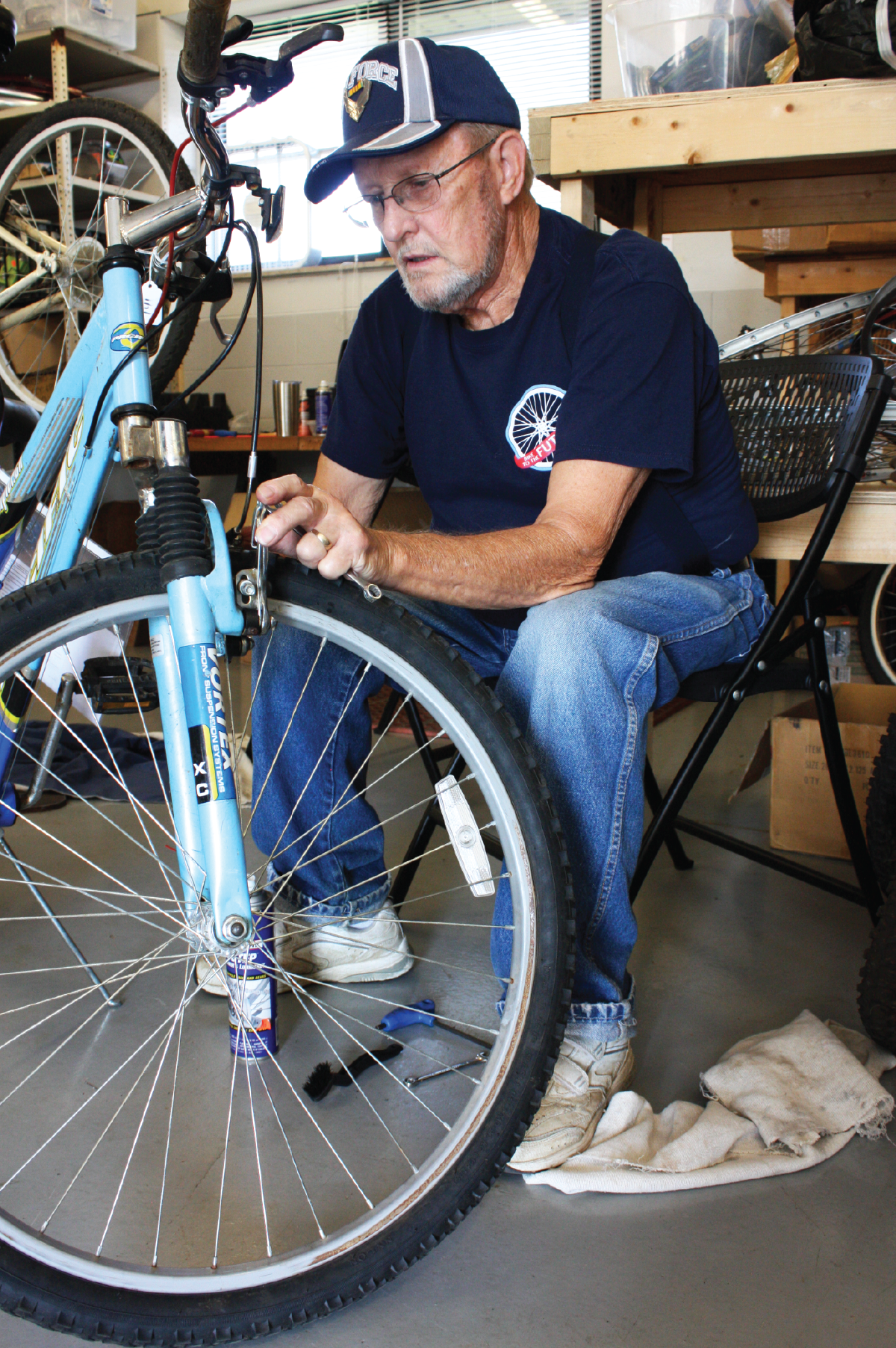 “I love to ride bikes, and I see a lot of people for who a bike is the only real access to transportation,” BTTF Volunteer Eric Poehlein says. “To be able to offer that is awesome.”

Poehlein along with a handful of other volunteers pour hours into procuring parts, cleaning bikes and fixing them up. There’s a sense of community around meeting a common need. The volunteers help each other solve problems, test ride bikes in the parking lot and deliver completed bikes.

Every bike gets a BTTF sticker and a card that has the name of the bike tech that worked on it. It connects the bike tech to a recipient and personalizes it for the individual. Someone from the Columbia community put their time and energy in repairing and preparing a bike for the person in need.

Another one of these people, John Bolton, used to be a bike mechanic back in the ‘70s. Now a retired nurse, Bolton uses his bike skills to help BTTF and hang out with the other volunteers in the shop.

“God has given us exactly the right people with the right skills,” Steska says.

Volunteering offers a direct connection to Columbia’s need. Bolton attends Calvary Episcopal Church, which hosts a Saturday Cafe for those without breakfast. One man Bolton met on a Saturday morning had a bike but had been hit by a car. Through BTTF, Bolton was able to connect the man to a new bike and the church to a charitable organization.

Calvary Episcopal Church isn’t the only local organization who has partnered with Bike To The Future. Community UMC houses Bike To The Future in its maintenance shop and keeps fixed-up bikes in the church basement. Walt’s Bike Shop, Klunk Bike Shop, PedNet, Get About Columbia, Columbia Office of Parks and Recreation, MUMF and Memorial UMC all play a key role in keeping Bike To The Future up and running.

Sometimes, Steska says BTTF receives donations it can’t distribute, like a large tricycle. God used the generosity of BTTF and the friendship of Jody Stotsky to provide the tricycle to Jody’s friend who has Parkinson’s and can’t ride a regular bike anymore.

Since then, Jody has been BTTF’s tireless cheerleader. She visits with community organizations and businesses to promote the program and seek partnerships.

“A lot of times we don’t know the full impact the bikes make,” Steska says. “People can’t believe the gift they’ve been given.”