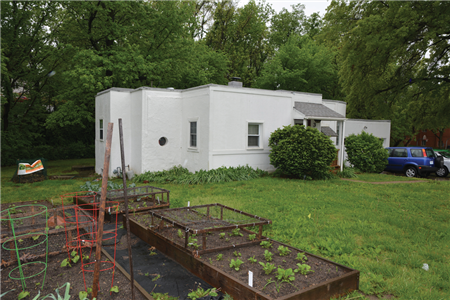 Avondale is a small community on the north side of Kansas City, in an area where it’s hard to tell when you go from one town to the next. It’s not far off of Highway 435, or from major landmarks like Worlds of Fun, but it’s tucked away in a spot that is easy to overlook by someone just passing by.

The steep hills and enormous trees of the community make it picturesque, as does the prevalent 1950s and early 1960s architecture, which points toward a prosperous construction boom that is now a couple of generations gone by.

Fern Lamberd has been a member of Avondale United Methodist Church since 1958. She now lives in the former church parsonage, just up the hill from the church. She remembers when Avondale UMC was built.

“It was all just woods here when we bought the lot,” she said. “There was a farm across the road, where the apartments are now. We used to watch the animals on the hill.”

As a long-term member who is still next door to church with the classic large, 1960s education wing, Lamberd is the exception rather than the norm. There are still many people in the community, but they are not the same people who built the church. Some of those original members are still the ones keeping the church going, though.

“They drive past a lot of churches to get here,” said Rev. Choong-Ho Kwon. “I think they see this as their mission outpost.”

The community isn’t just populated by different people, it is largely populated by people from entirely different cultures.         The Walnut Grove subsidized apartments directly across the street from the church are home to a lot of immigrants. Kwon estimates that perhaps as many as 90 percent don’t speak English. Kwon grew up in South Korea. Though his children were born in the US they still know what it feels like to be a minority. Now they are experiencing diversity in the very real way.

“My child, who is in the fifth grade, had over three children on his birthday. One was from Cuba, one from Vietnam and the other from the Middle East,” he said. “I don’t know of another area in the Midwest with this kind of diversity.”

Just down the hill and around the corner from the church is the Islamic Center of Bosnia. Bosnian refugees came to Kansas City after the war in the late 1990s and are a significant presence in the Avondale community. But in the last few years, refugees have been coming from others parts of the world. Many of the immigrants living in Walnut Grove apartments near the church can’t speak to each other. They don’t speak English and come from disparate places like Afghanistan and Somalia. It’s a diverse environment, and not one they are used to.

“A Bosnian Muslim told me he had never met an African Muslim before,” Kwon said. “They don’t speak the same language, but the prayers in the mosque are all in Arabic, so they have that in common.”

Kwon is in a similar situation.  “I had never met a Muslim person before last year,” he said.

Kwon grew up in South Korea, where he knew a lot of Buddhist people, but no one of the Muslim faith. The Buddhist temples were often right next door to Christian churches.

“People knew how to live together,” Kwon said. 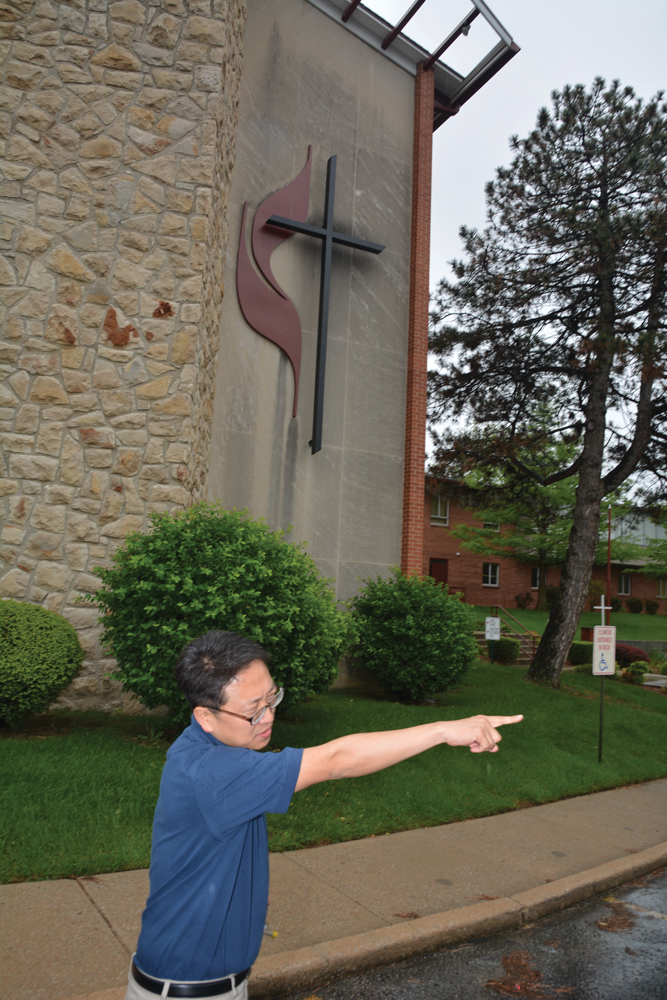 When Kwon considers the United Methodist mission of making disciples of Jesus Christ for the transformation of the world, he said the ultimate goal of that transformation is reconciliation. The neighboring mosque has had people driving by, yelling insults when they were having Saturday morning school for children, and have had a hostile person show up and start an argument. The community is scared of the recent political climate in the country and have recently put up a gate at the entrance to their parking lot.

Avondale UMC has worked hard to be a different kind of neighbor, reaching out in love by both meeting community needs, and making efforts to form relationships. The church hosts neighborhood association meetings, which is how they first became acquainted with the board at the local Mosque. Avondale UMC invited the community to a dinner at their church, but had little participation. Kwon thinks it was probably because Muslim people would be unsure of what to eat in a meal of unfamiliar dishes prepared by people who don’t adhere to the same dietary restrictions.

The people from the Mosque invited Avondale members to join them for a fellowship meal at the beginning of Ramadan on May 27 and at the end on June 25. Several people from the church attended, even though the Ramadan schedule of eating after sundown made the summertime dinner at 9 p.m. considerably later than when the Avondale members would typically eat.

The confirmation class from Avondale visited the Mosque during a time of prayer on Saturday, and the Iman met with the youth and explained to them the importance of prayer in the Muslim faith. The church and the mosque have occasionally shared parking lots for large events. They now alternate in hosting the community association meetings.

The church has a strong history is being a helping presence in its community. It runs a food pantry on Wednesday mornings that started in 1980. Since 2000 it has been located in the little art deco house next door. The house used to serve as the residence for the choir director. On a typical week about 20 people will stop by. They can only pick up food there once per month.

Some of the food supplies require that records be kept on the food recipients, including name, age and address. This information is sometimes challenging to get from people who don’t speak English or understand the questions. Buster West is at the food pantry each week.
He’s been part of Avondale for less than a year, although he’s been volunteering at Avondale’s food pantry for eight years.

“When I retired, my wife told me I could have a month off, and then I needed to find something to do,” West said.

West works on acquiring food. Some of it the church purchases through Harvesters co-op. Some of it church members give directly. They do a targeted food drive at the church each month. During the month of April they collected 521 boxes of macaroni and cheese.

A community garden in front of the house grows carrots, potatoes, greens, kale and onions. People who are receiving the food help tend the garden.

“People work with us on Wednesday and Saturday mornings,” longtime church member Winnie Sneed said. “They take real pride in it, and we’ve never had a problem with things disappearing from the garden when we’re not around.”

The house is more than a weekly food pantry. It is also a daily thrift store. The entire little house is packed with things for sale, with kitchen items in the kitchen, and clothing throughout the house.

Volunteer Janie Wasser lives in Gladstone. She’s been a member of Avondale since 1958.

“If someone has had a fire or something, they can just come to us and get what they need,” Wasser said. “That’s our purpose: to help people who are in dire straits.”

Wasser also gives advice on how to cook the produce from the garden to people at the food pantry who aren’t familiar with the vegetables that grow in the United States.

Dorothy Joiner lives “out in the country” near Smithville now, but she’s been going to Avondale for 48 years. It’s not just on Sunday morning, either.

In addition to helping ministries, the church has been putting effort into becoming friends with their neighbors, even though they know it’s unlikely that practicing Muslims will come to join a Methodist church.

“Our goal is to build relations, so we can better serve the people in our community,” Kwon said.